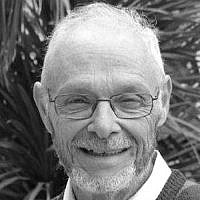 The Blogs
Chaim I. Waxman
Apply for a Blog
Advertisement
Please note that the posts on The Blogs are contributed by third parties. The opinions, facts and any media content in them are presented solely by the authors, and neither The Times of Israel nor its partners assume any responsibility for them. Please contact us in case of abuse. In case of abuse,
Report this post. 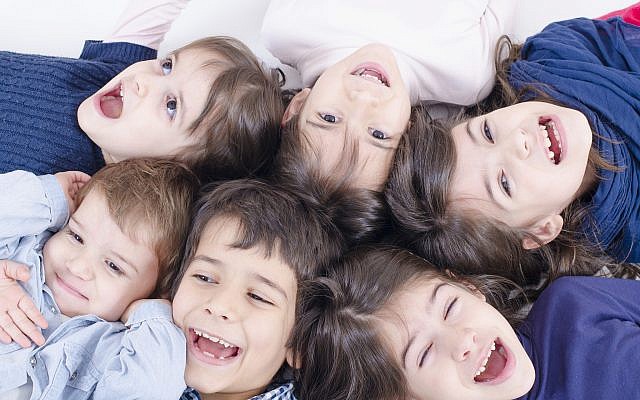 Some of the reactions to the exposure of Steven M. Cohen’s alleged pattern of sexual harassment have evoked strong reactions among American Jewish professionals, colleagues in the field of  the social scientific study of Jewry, and many others in the American Jewish community. The story broke just before one of the saddest days on the Jewish calendar, the Ninth of Av, and received major coverage, especially in the two leading American Jewish weeklies and their partner outlets in Israel. Cohen has long been a leader, if not the leader, in American Jewish survey research, has made numerous significant contributions to the Jewish social research, and has had close connections with major American Jewish organizations.

Many have expressed revulsion and call for more scrupulous efforts to root out sexual harassment and institutional changes to increase gender equality. Some, however, allow their revulsion against the alleged horrible acts of Cohen to spill over into a campaign against the professional field in which he was so prominent. For example, critic Rokhl Kafrissen suggests that we now have to “ask how deeply are Cohen’s sexist attitudes and allegedly abusive behaviors embodied in his work? For in addition to grappling with the impact of having an alleged abuser as gatekeeper at the highest levels, these latest accusations force us to reckon with the darker, even more problematic, gendered aspects of Cohen’s continuity-driven agenda.” Others argue that the “large and expensive social research apparatus [is] driven by male leadership and sustained by aggressive boundary policing patriarchal, misogynistic, and anachronist (sic.) assumptions about what is good for the Jews.” It “has placed Jewish continuity at its center and defined Jewish continuity in extraordinarily troubling ways.” To those who take this approach, in addition to and indeed directly related to his alleged sexual harassment, one of Cohen’s biggest sins is his focus on the American Jewish birth rate as a major issue, because a focus on fertility is inherently anti women and gender equality.

In fact, the concern with American Jewish fertility arose before Cohen became a major figure in American Jewish demography. In the late-1970s, the size of the American Jewish population was estimated at 5,781,000, or about 2.67 percent of the total population of the United States. Just several decades earlier, the 1930s, for example, Jews were 3.7% of the total population. The latest figure starkly demonstrated that American Jewry had become an increasingly smaller part of the overall American population. That, however, did not necessarily mean that American Jewry itself was shrinking. Those figures may have been reflective of the traditional pattern of Jews maintaining a lower birth rate than their non-Jewish counterparts, which was not unusual and, in fact, had been the pattern since the 19th century, in Europe, as well.

But actually there was more to it than that. Demographers presented data that demonstrated a major fertility decline from the 1960s, when Jewish fertility in the United States was already below the generally accepted replacement level of an average of 2.1 children per family. Even then, for America’s Jews, the issue was not that of zero population growth (ZPG), but negative population growth (NPG). The demographic data, drawn largely from the 1971 National Jewish Population Survey, indicated that the decline was due to the facts that Jews marry later than the average, desire and expect to have the smallest families, have had the most favorable attitudes toward the use of contraceptives, have used birth control to a greater extent than other groups, and have been among its most efficient users. Other contributors were rises in socio-economic status, increased secularization, and mixed marriages.

Concern about the overall American birth rate decline derives largely from its economic implications. For many American Jews, the concern is rooted in possible implications for the well-being of Jews as a group and as a community in American society. Although Jews have always been a small minority in American society, there is concern that the shrinking numbers may result in shrinking influence. In addition, in terms of intra-communal dynamics, the American Jewish fertility patterns will probably have significant impact on communal leadership because of the relationship between the American Jewish birth rate and religiosity. As indicated in the 2013 Pew Report on Jewish Americans, “Jews by religion average more children (2.1) than Jews of no religion (1.5), and the average number of children born to Orthodox Jews (4.1) is about twice the overall Jewish average. By contrast, Reform Jews have 1.7 children and Conservative Jews have 1.8 children, on average” (Pew, 2013, p. 40). This suggests that, not only will the overall Jewish population continue to decline, but that the Orthodox will be an increasingly larger percentage of it.

So concern with fertility did not begin with Steven Cohen, nor is he the only one who highlights the issue. Nor does this concern derive from having no respect for women or even from a focus on women having more babies. It is an issue for males and females, fathers and mothers. Fertility is a communal issue and “it takes two to tango.” It means developing explicit and implicit pro-natalist policies for men and women. Obviously, that also means incorporating both women and men in communal leadership, communal organization, and in communal research. Whether any or all of that will have any significant impact is yet to be seen. Whatever else it accomplishes, it will increase gender equality in the American Jewish communal structure.

About the Author
Chaim I. Waxman is a sociologist of Jews and Judaism. He is chair of the Behavioral Sciences Department at Hadassah Academic College in Jerusalem and professor emeritus of Sociology and Jewish Studies at Rutgers University. His most recent book is Social Change and Halakhic Evolution in American Orthodoxy (Littman Library of Jewish Studies and Liverpool University Press, 2017). He and his wife, Chaya, live in Jerusalem.
Related Topics
Related Posts
Comments