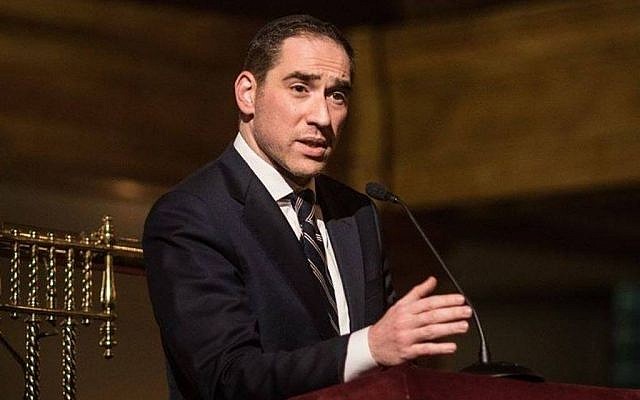 Last week the Joseph Dweck Affair took an ominous turn. A statement, reportedly authored by several London-based Sephardi and Ashkenazi rabbonim, warned United Synagogue chief rabbi Ephraim Mirvis that any attempt to reinstate or rehabilitate Dweck in the UK risked being repudiated by very significant sections of the orthodox Jewish world, and would – therefore – lead to schism.

At the request of the Sephardi chief rabbi of Israel, Mirvis has agreed to convene a panel of Dayanim to investigate not merely Dweck’s controversial public lecture on “Male Homosexuality in the Torah” but the entire spectrum of Dweck’s halachic rulings. “In the coming days,” a Mirvis spokesperson insisted, Mirvis would “establish a dignified and appropriate format which will allow for concerns relating to a wide range of Rabbi Joseph Dweck’s teachings and halachic rulings to be considered and for a way forward to be set.”

But, reminding Mirvis that Dweck’s very status as a rabbi had been openly repudiated by eminent rabbinical authorities worldwide (including the Communal Rabbi of Gateshead, Schrage Feivel Zimmerman), the authors of the statement addressed to Mirvis did not pull their punches: “If Joseph Dweck is maintained in office as a rabbi … Chief Rabbi Mirvis should realise that he will be responsible for the splitting of Anglo-Orthodoxy … such a decision to keep Joseph Dweck in a rabbinical position in the UK would be a detrimental act and Chief Rabbi Mirvis will be remembered for causing a terrible rift within the Orthodox community in the UK.”

Reading these words my thoughts turned to two other Anglo-rabbinical controversies that have erupted during my lifetime.

The first concerned the late rabbi Louis Jacobs, who in 1957 published We Have Reason To Believe, which questioned whether every word of the Torah had been dictated to Moses by the Almighty. At the time of its appearance no-one took much notice of this work, but when he was considered for position of rabbi at the New West End synagogue (1963-64) Jacobs was told by chief rabbi Brodie that he would first have to pen a written declaration of repentance. He refused. This (after a great deal of very public rancour) brought his position and status within the orthodox world to an abrupt end.

In 2002 chief rabbi Jonathan Sacks published Dignity of Difference, in which he opined that Judaism did not have a monopoly of spiritual truth. In a multicultural society this platitude might have struck a sympathetic chord. But in the orthodox world it smacked of sacrilege.   In a public statement condemning the book the then Communal Rabbi of Gateshead (Bezalel Rakow ) urged Sacks to withdraw the book, while the revered Jerusalem-based sage Yosef Elyashiv issued against the book a psak [decree] forbidding any Jew from keeping it in his home. Sacks was in effect branded a heretic. In a humiliating retreat he agreed to rewrite the book: many of the offending passages were either reworded or deleted altogether.

Joe Dweck faces a stark choice: he must either publicly repent or face ostracism and marginalisation. Those many members of Britain’s Sephardi community who have (no doubt sincerely) come out in his defence also face a stark choice: if they continue to support him they too face marginalisation, while the Spanish & Portuguese Sephardi Community itself risks losing its credibility as a body of Jews professing orthodox Judaism. As for Ephraim Mirvis, he must know that he has been handed a poisoned chalice. If he is seen to support Dweck in any way, his own orthodox credentials will be called into question.

You can’t see him doing that, can you? No? Neither can I