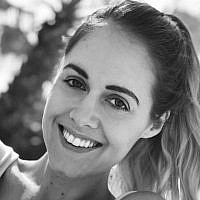 The Blogs
Kiley Yanay
Apply for a Blog
Please note that the posts on The Blogs are contributed by third parties. The opinions, facts and any media content in them are presented solely by the authors, and neither The Times of Israel nor its partners assume any responsibility for them. Please contact us in case of abuse. In case of abuse,
Report this post. 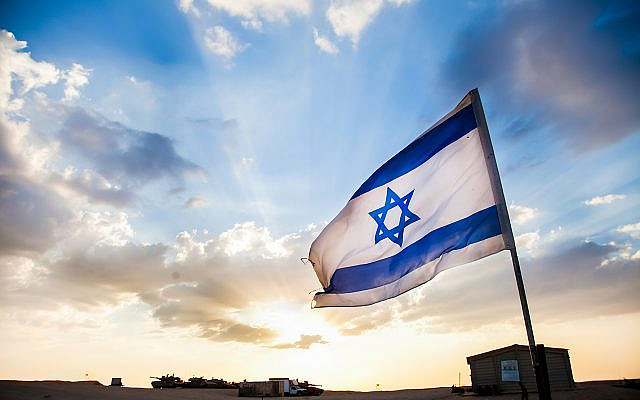 I’m not sure if it was the composure of my husband or the surreal feeling that overcame me when our dinner was interrupted by the blare of sirens that shocked me more. I began interrogating him with questions, as though he somehow had some kind of inside information that I didn’t.

He calmly took another bite of food from his plate before even acknowledging my alarm, and yet his eyes were scanning the room for the safest place to hide. Meanwhile, I pulled our 2-year-old son from his highchair and began pacing, repeating my questions.

“How do you know that? You don’t know that!”

He guided me to the far corner of the entrance which had the most stable structure, distant from any windows, and then stepped outside.

“Where are you going?” I demanded.

“It’s going to be okay,” he said as he went looking for answers.

When we lived in the south, the sounds of sirens were a normal part of life. Being close to Gaza, we were always in the range of fire but here, in the Jerusalem Hills, I thought we were safe. No more sirens and shelters. But I was wrong.

I sat in the corner holding my son while I stroked the back of his head, echoing the words with which my husband had assured me: “It’s going to be okay.”

I expected to hear the sound of a rocket or two, but distant, like when we lived in the south.

When I recognized the sound of rockets flying overhead, the reality of how close they were hit me. One explosion was expected, two were anticipated, while my scream was drowned out by the sound. With the third I squeezed my son with all my strength, with the fourth the house shook, with the fifth I prayed to God to make it stop, and with the sixth and seventh I stared up at the ceiling and realized I had no control whether we lived or died. Then came silence.

I have been in Israel for two official wars and one borderline war that ended in a ceasefire. I have lived in the south where we had to go into the bomb shelter every five minutes. I have had shrapnel fall near me after an Iron Dome interception overhead. I have been on the beach in Ziqim when, moments after we left, terrorists came out of the water with intent to kill. And yet, I had never felt more afraid than I did there, huddled in that corner with my son wrapped around my body.

As the sirens faded, my cries echoed. My husband ran in and fell to his knees taking us in his arms.

My son pulled his head up from my chest and looked me in the eyes.

“Mommy, it’s okay,” he said placing his tiny hands on my cheeks, “It was just a dragon. Don’t worry, Mommy, don’t be scared. It’s okay.”

My son then reached for my hand and I knew then that I had to be strong for him, even as he was reassuring me. He did not know it––he really believes in dragons––but he was becoming Israeli. All Israelis have their versions of the dragon, the fiction that allows us to keep going.

“Let’s get some air,” my husband said, taking my arm and guiding me out.

I walked and found only momentary solace as I kept remembering what had just happened. I bounced back and forth from calmness to hysteria as the memories clung to my mind.

People crowded outside on the road in front of our house pointing towards the east. We made our way down there to see what they were looking at. The children ran around with either excitement from the commotion, not fully realizing what had just happened, or on the verge of a panic attack as they were cradled by their siblings. The sound of unaware children juxtaposing the explosions was chilling. It felt like being in a dream, the reality of which never fully sank in––we had just endured a barrage of rockets as we all floated by one another asking if others were okay. Everyone was “okay”.

“See, Mommy?” My son pointed at the billowing smoke coming from what we later found out was an uninhabited house. “Dragons make fire.”

About the Author
Kiley is originally from Canada and currently living in Israel. She works as a freelance writer while finishing her Masters in Non-Fiction Creative Writing at Bar Ilan University.
Related Topics
Related Posts
Comments