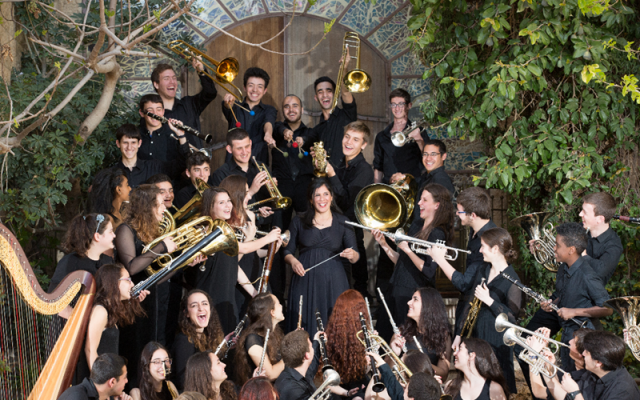 Hassadna's Wind Orchestra at home in Jerusalem: Help them get to Carnegie Hall!

PART 1 – From Beer Sheba to Haran

How can we transcend our limitations? Maximize our potential? Achieve excellence? For most of us, this is the work of a lifetime, but if you’re looking for a kick-starter, you can’t go wrong with this week’s parsha, Va-yetzei, ‘and [Jacob] went out’ (Genesis 28:10-32:3).

In last week’s parsha, Jacob convinced his brother to sell him his birthright for infinitely less than it was worth, and tricked his father into giving him the firstborn blessing that was intended for his brother. Jacob is Isaac’s ‘firstborn’ son – in title. Now he needs to become Isaac’s firstborn son.

Jacob’s transformation from second-born to firstborn may take years to complete, but in this week’s parsha he gets off to a flying start. It’s hard to imagine a better guide to excellence than the Torah’s most spectacular dream-vision, the ladder at Bethel.

Jacob dreams of a ladder – or perhaps a ziggurat, something like the Tower of Babel – extending from earth to heaven. In his dream, he’s forced to do something that — between the demoralizing circumstances of his departure and the rocky ground underfoot — can’t have been easy in waking hours: Look up! For a host of physiological and cultural reasons, looking up is identified with optimism and aspiration – think ‘aim high’, ‘on the up and up’, ‘spirit-raising’. Jacob looked up. 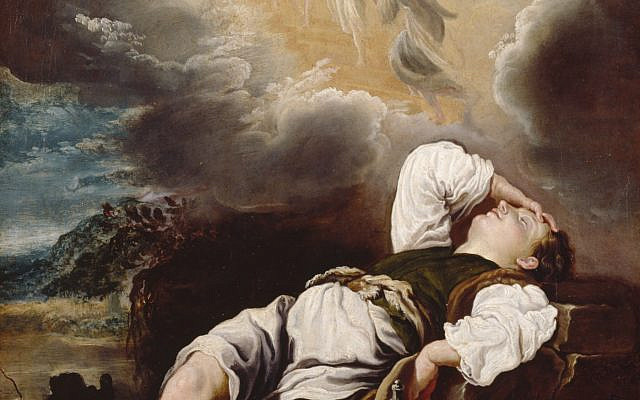 Jacob’s ladder has rungs (or a ramp if it’s a ziggurat). The top is instantly visible, but getting to the top is a gradual, step by step process, not a daunting leap of faith. It’s no accident that steps so often feature prominently in programs aimed at self-improvement. Jacob learned that self-transformation usually happens in stages. 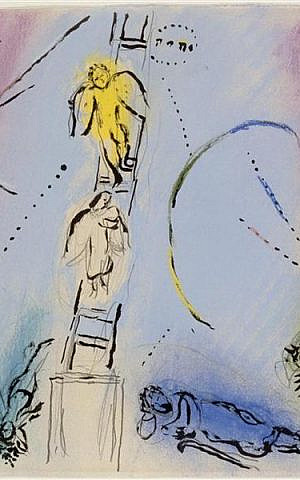 In Jacob’s dream, angels are going down and up the ladder. According to a midrash, they represent the rise and fall of empires. No-one is guaranteed to stay on top, and no-one is destined to stay at the bottom. There’s constant motion, and with that comes hope and ambition. Jacob learns that he won’t always be at the bottom of the ladder. 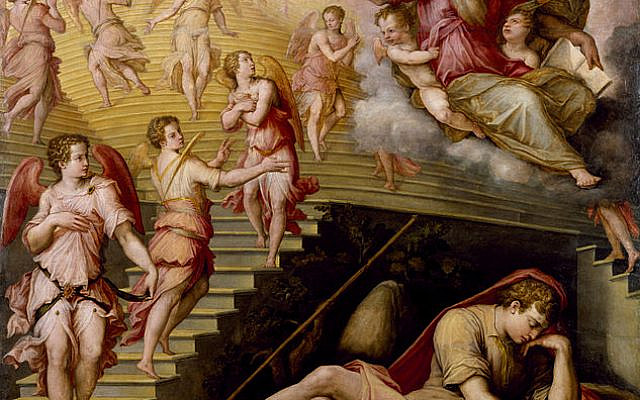 Jacob discovers that he’s not free-floating. Free floating is good if you’re talking about a day at the Dead Sea. In relation to a lifetime, most of us like to feel anchored, whether in a family line or some other chain. Jacob learns that he’s a link in a chain that extends backwards to Isaac and Abraham and forwards to the innumerable descendants he’s just been promised. 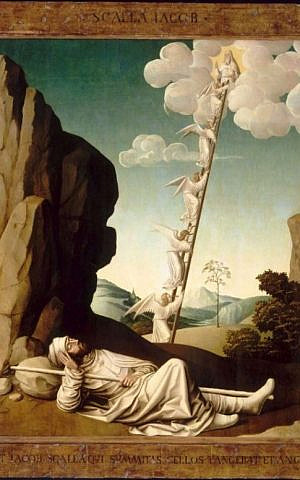 Jacob discovers that all options are not open to him, he’s not free to choose. That may sound like a limitation, but too much freedom of choice can be paralyzing. What Jacob does next will be affected by choices his predecessors made, and by the impact of his own actions on his future descendants. 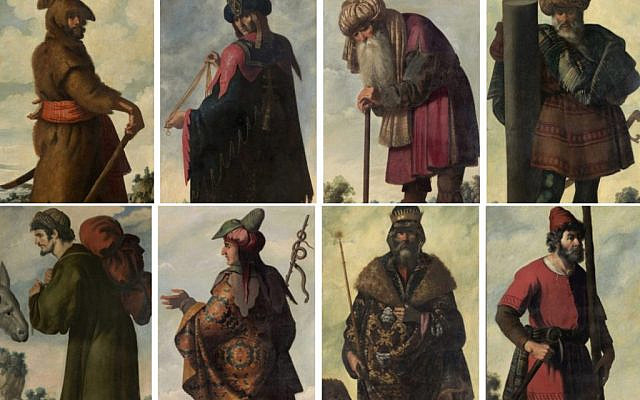 Step 6. The world’s your stage

Jacob is reminded in his dream that he is a citizen of the world. From his starting point at Bethel, he can theoretically travel in any direction – North, South, East and West. Indeed, his descendants will end up in those four corners of the earth. 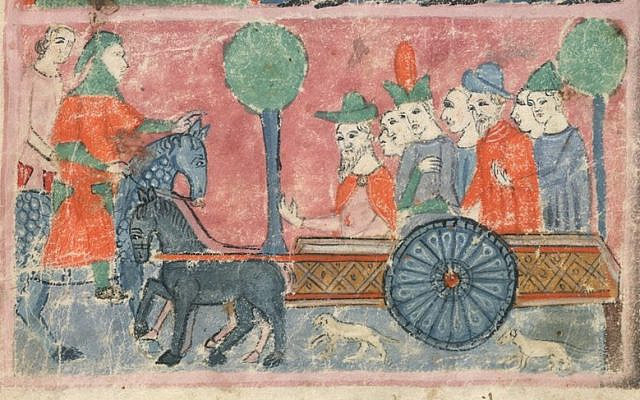 Jacob going down to Egypt. From the ‘Sister Haggadah’), c. 14th, British Library

At the same time, the dream reassures Jacob that he won’t lose his bearings. Citizens of the world can easily feel homeless and lost. No sooner has Jacob set out, he finds out that that, eventually, he’ll be coming back. Another anchor. 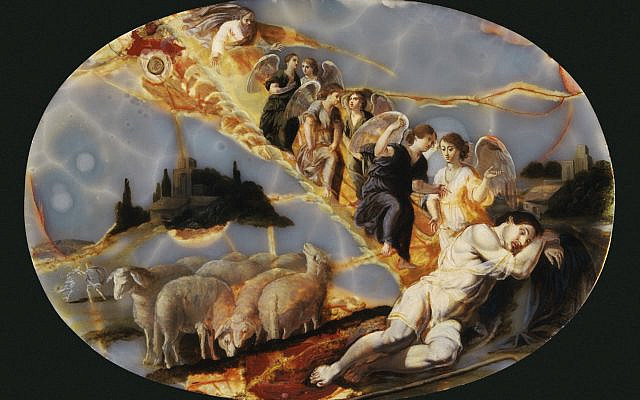 But before Jacob can take any of these seven steps to fulfilling his potential, he must go out. His transformation from second-born to first born depends on leaving home, being a small fish in a big pond, proving himself on the world stage, which brings me to Carnegie Hall …

PART 2 – From Jerusalem to Carnegie Hall

A few months ago, I joined the fundraising committee of a Jerusalem institution that’s beloved of all who encounter it, Hassadna Jerusalem Music Conservatory. Hassadna was founded in 1973 on the principle of music for all, and currently educates 600 plus 3-18-year-olds from all sectors of Israeli society. Unlike many music conservatories, it’s a place full of loving-kindness, and its standards are breathtakingly high.

Many people, including me, were drawn to Hassadna by its special program for children of Ethiopian descent. You might be picturing these children as the conservatory’s poor relations, included as an act of charity or social responsibility. But nothing could be further from the truth. The Ethiopian children are often the stars of the conservatory. 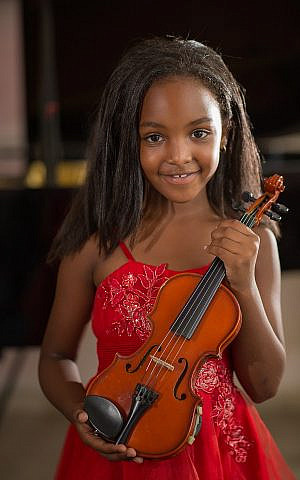 A star is born

The program’s first graduate, Avraham Terifa, performed solo violin with the Israel Philharmonic Orchestra and, after three years in the IDF’s elite and highly competitive musicians unit, is working on his application to a prestigious music conservatory abroad. 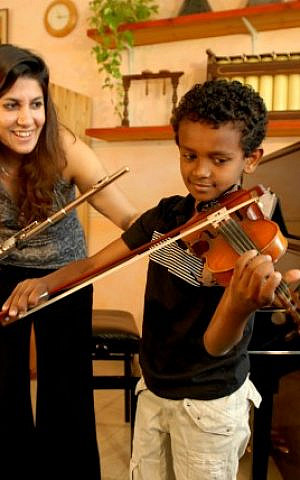 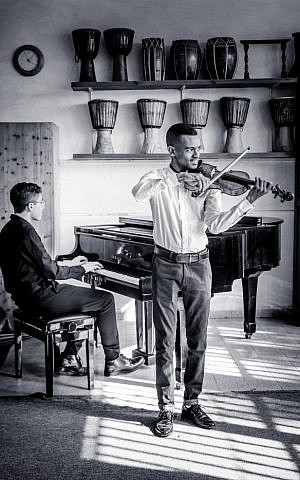 Musical excellence, especially in a small country like Israel, must be tried and tested on a world stage. It’s not enough to excel at home. Musicians must go out.

Hassadna does its very best to ensure that its most talented ensembles and orchestras compete in world centers of musical excellence. Hassadna’s string orchestra won first prize in a prestigious international competition in Vienna in 2018. 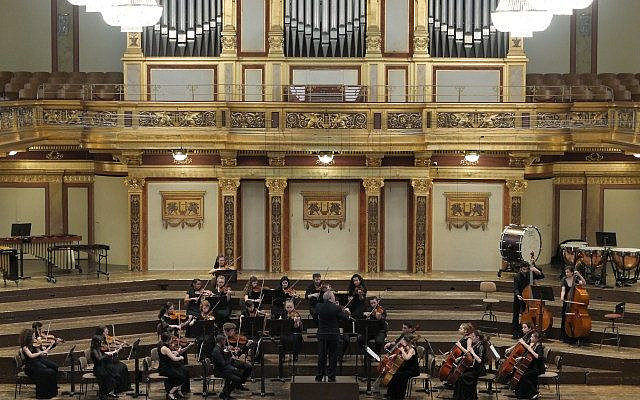 And its wind orchestra, directed by Sagit Mazuz, won first prize at prestigious international competitions at Carnegie Hall in 2014 and in Vienna in 2016. 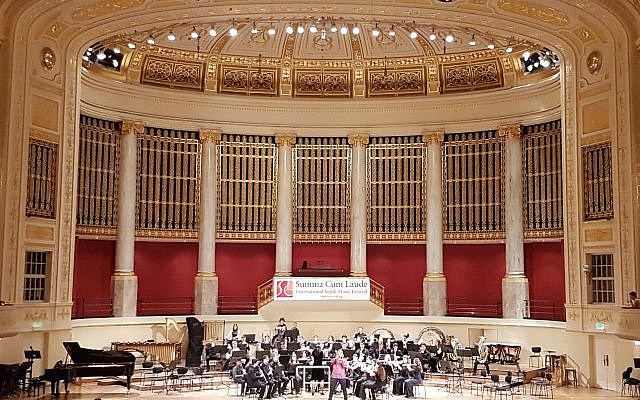 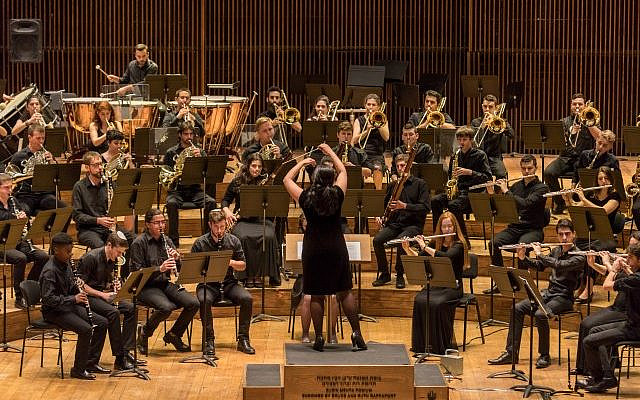 Two years later, a new generation of outstanding wind performers awaits its turn to shine on the world stage. Along with five other orchestras, they’ve been selected to compete in an international wind orchestra festival at Carnegie Hall in April 2020.

All that remains is how to get to Carnegie Hall – and yes, they’ve already practiced, practiced, practiced … With 48 players, their conductor and other accompanying adults, travel, accommodation and other expenses, it’s not cheap. They need support. Please help them, and please tell your friends.

Click HERE to donate via Jumpstarter and watch the wind orchestra’s fundraising video.