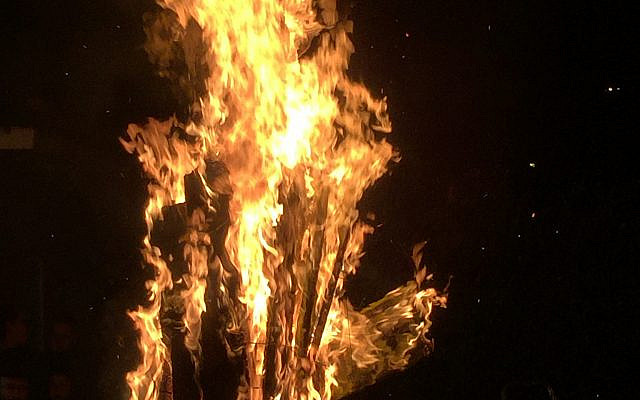 As news began to filter through that a stampede occurred and there were dozens of injuries, none of us could ever have imagined what we were about to wake up to last Friday morning – Lag B’Omer – the worst civilian disaster in Israeli history.

Victims ranged from as young as 9-years old, with most being teenagers and in their early twenties. Young rabbis and fathers crushed to death. At least two families lost multiple children and ten of the victims were foreign nationals including six Americans, two Canadians, one from Argentina and one from England.

How could such a disaster occur at such a place, like the grave of Rabbi Shimon Bar Yochai in Har Meron? Many of us have heard of miracle stories, when prayers are said in this place. Whether it be recovery from a serious illness or giving birth, getting married, or something else, such a tragedy on such a site, is hard to process and understand.

Forty-five families have just got up from Shiva, after their lives have been shattered forever. The lives of these families will have completely changed, as they will in the future, mark the yahrzeit of their loved one’s on Lag B’Omer. A mother who no longer has her husband by her side. A father giving a hesped at his son’s levayah.

Of course, we heard the usual politics as some Knesset members blamed Likud MK’s and accused the Prime Minister. The police refused to accept blame, despite some eyewitnesses accusing them on the media, of not stepping up to do more to help.

The religious community were also blamed for attending, even though they were given permission by the authorities, who should have made sure it was safe for them.

Sadly, we have now reached the stage that if visitors would have been told it is not safe, there is so little trust today, some may have thought, there may be an underlining motive to prevent the annual Lag B’Omer event from taking place.

For anyone who has ever been to Meron on Lag B’Omer, it is irrelevant how religious, traditional or secular people are. Everyone joins in the wonderful atmosphere of song and prayer with great love, feeling and emotion. After such a tragedy, everyone helps, even though people are still in shock.

Amid the deep sadness, the Druze town of Beit Jan, as well as the Arab villages of Tamra, Jish, Yarka and Peki’in set up stations, to offer food and drink to evacuees and responders from the site on Friday morning. Pictures showed that the food was provided in its original sealed packaging, so Jewish recipients experiencing this outpouring of kindness, would not have to worry about the food’s kosher status.

That’s going the extra mile and something you won’t hear on the news networks around the world, constantly reporting on the divisions between Arabs and Jews.

Avigdor Chayot who lost his son in the disaster, asked to meet the Druze police officer, Rami Alwan, who saved his other son Shmuel, from almost certain death.

At the shiver, the father is told the officer has arrived and without hesitation, runs to hug him, with tears rolling down his face. The father said to Rami, “The holy one took my son, but you saved my other son. “I wanted to thank you from my heart.”

In the panic, officer Rami Alwan saw Shmuel had fallen to the ground in the stampede. Somehow, the policeman managed to make his way into the narrow walkway and pulled the young boy out of the crowd. In a beautiful picture at the shiver, Rami is then seen hugging Shmuel.

We can be really good together in times of disaster and death, but we are not always that good, in times of living together. I refer also to the many Jewish communities across the country. We need to understand and appreciate each other, while we are alive. Of course there are differences, but the hatred that has been shown from some factions on all sides, is not the destiny of the Jewish people.

The fire of Lag B’Omer was severely diminished last week, but when Rebbe Akiva lost his 24,000 students, he did not give up hope. When the last funeral was held, when the last shiver was over, Rebbe Akiva started again, by finding five new students.

The Chida says that Lag B’Omer is a celebration of NEVER giving up hope or becoming despondent. It’s a day of resilience and a commitment to continue. To move forward with our magnificent heritage and our own mission in this world.

Last week the bonfires of Lag B’Omer burnt out, but the Shabbat candles were soon lit, to keep the fire burning. Our role is to continue the legacy of Rebbe Akiva and move on from this tragedy with passion, enthusiasm and with fire.