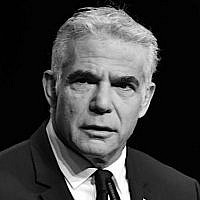 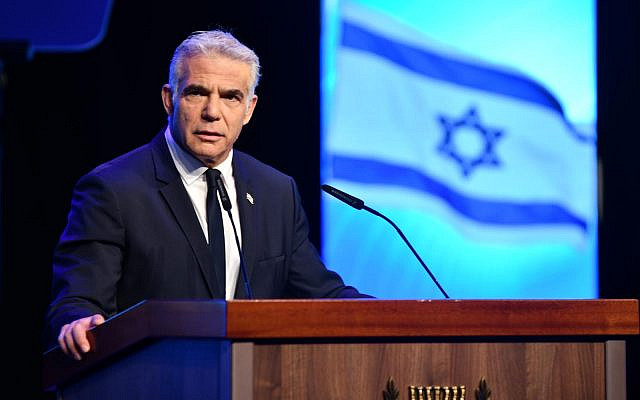 Every morning I sit in a room next to a large wooden desk on which everything lands – all the most sensitive intelligence materials, all the most recent data about our economy, all the messages from world leaders and all the reports from the various governmental departments. In the past few months, that room was the place where a series of dramatic decisions were made:

Operation Breaking Dawn in Gaza in which Islamic Jihad was dealt a devastating blow, Operation Break the Wave in Judea and Samaria and the crushing of the Lion’s Den terror group in Nablus, the new salary agreement with the teachers, the new agreement with the medical residents, the historic agreement on the maritime boundary with Lebanon, the successful strategy to prevent a return to the JCPOA, the economic reforms to bring down the cost of living and more. On the other side of the wall, in the Cabinet Room, hangs the Jerusalem Declaration signed by President Biden and in it an ironclad commitment to the security of Israel.

If that’s what we’ve managed to do in four months, just imagine what we could do in four years. The things I’ve seen on my table in the prime minister’s office make me more optimistic than ever before, they make me full of hope for the future of the state of Israel. I’m optimistic because it’s in our hands. If we don’t go backwards, if we make the right choice and the right decision, if we work hard and stay focused, Israel can be one of the most successful countries in the world.

We have all the necessary elements for that to happen. We have natural gas resources, we have the most advanced technology in the world, we have the IDF which is the strongest military in the Middle East, we have a vibrant and lively culture in which every Israeli can find their place. Despite all the arguments (and despite the politics) Israelis are one extended family, full of warmth and love. On the important issues, we’re there for one another. Israelis don’t hate the people they served in the army with, even if they think differently to them. They definitely don’t hate the people who sit around the Shabbat table with them, even if they don’t vote the same way.

These elections are between the past and the future.

I’m offering you a positive and common future. It won’t happen by itself. It won’t always be easy. We have a lot of work to do. We need thousands more police officers and border police to restore our personal security. We have to bring down the cost of housing and the cost of living. We have to find the Rambam’s famous golden mean in the relations between religion and state. We have to focus on advancing greater equality for women and on preventing violence against women. We need every community to feel that they have a place and a voice in this country. We’ve started working on all these things and it will be a tragedy if we suddenly stop and get dragged backwards.

Israel is a shared project. I’m the 14th Prime Minister of this country, and after me, there will be many more. This country was formed by people who believed in the impossible and then turned it into a reality. In the past year and a half, we did the impossible, time and again, and always maintained a deep sense of patriotism and responsibility for the future. I’m asking for your vote on Tuesday so that we can keep working for you.

About the Author
Yair Lapid is Israel's prime minister and the founder and chairperson of the Yesh Atid party.
Related Topics
Related Posts