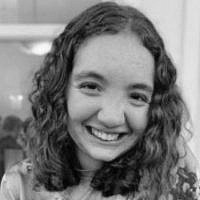 The Blogs
Tzivia Appleman
Apply for a Blog
Advertisement
Please note that the posts on The Blogs are contributed by third parties. The opinions, facts and any media content in them are presented solely by the authors, and neither The Times of Israel nor its partners assume any responsibility for them. Please contact us in case of abuse. In case of abuse,
Report this post.

Anchored strongly in the ship of the Jewish people, at first I didn’t even notice who remained at shore. The question is, did we leave them behind or did they choose not to come aboard?

I would categorize myself as a person obsessed with Jewish unity, “hashkafa-blind,” if you will. But on the light rail yesterday, I felt completely and utterly alone. After experiencing a day being totally immersed in the sea of white on Har Herzl, I was shocked and discombobulated to find that my compartment on Rakevet Hakala was filled with multiple colors. I guess you could say that I’ve grown up in a state of naivety, surrounded by passionate religious and nonreligious Zionists. I had only ever encountered Zionists and Anti Zionists. I couldn’t comprehend a middle path, a Jewish neutrality or indifference to the Jewish State. I guess you could say this increased my shock factor when I realized that not all of Israel was mourning or celebrating during the past forty eight hours. In order to understand this strange phenomenon, I had to break out of my innocent Tzioni lens. I had to step out in order to look in.

On the lonely trip back from Har Herzl, I glanced out the window and watched the story of my people unfold. A twenty-something year old man, not wearing white nor a kippah, dropped all of his money on the sidewalk. As he scrambled to pick up his change, a young Chareidi girl no older than ten, also not wearing white, bent down to help this stranger. And then their eyes met. Both of their faces lit up the gloomy day with smiles stretching to the ends of the earth. He then gave her ten shek of what she had picked up for him, which clearly made her day.

No, this is not a sappy love story of two worlds colliding. And no, an act of kindness like that is not unique to the Jewish people. But the one thing which can never be seen anywhere else was the radiance of their smiles. It was as if one soul connected to another on a level incomparable to any other People. Two opposite ends of the spectrum united in one small act of humanity. A brother and his sister met for the very first time in that mundane light rail station. And that is the secret of our people.

I’ve always been perplexed at how we make the jump from Auschwitz to war and ultimately to freedom. How do we steer the course of our ship from a day of tragedy to a day of celebration, from a dark tempest to a joyous breeze? The answer is in the eyes of those strangers. To quote Rav Soloveitchik in Kol Dodi Dofek, “The isolated Jew finds his solace in his active adhesion to the whole and by tearing down barriers of egotistical-separatist existence, and by joining his neighbors.” No matter how different one day is from the next, no matter how divided the people of Israel may be, and no matter who is wearing white and who is not, we still have the eternal power to unite. To pick up someone’s change. To change our mindsets and look beyond the surface.

To one day sail together on the same ship, all heading in the same direction.

About the Author
Tzivia Appleman is a junior at NYU, majoring in Politics with a minor in Philosophy. She is Vice President of the Orthodox Jewish club at NYU, is a member of NYU Student Government, and interns for New York state and federal elected officials. She also spent 1.5 years at MMY immersing herself in Talmud Torah and engaging with the Mesorah in Israel.
Related Topics
Related Posts
Comments