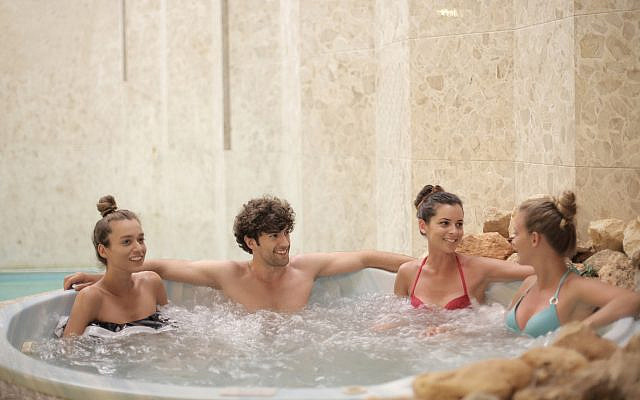 A Cabinet Meeting? (Free to Use Photo by Andrea Piacquadio from Pexels)

For the time being, our new Prime Minister Naftali Bennett has decided to remain at his private home in Ra’anana. This decision will cost us, the taxpayers, as much as NIS 15 million.

To protect the prime minister’s security, police boxes, roadblocks, cameras and other unspecified infrastructure are needed. And security personnel will have to be housed nearby in rented apartments. Bennett’s new neighbours, seeing a business opportunity, are asking for NIS 30,000 per month in rent.

But this pales into insignificance alongside the news that the Netanyahu residence in Caesarea has had a jacuzzi worth NIS 50,000 installed.

You may think that NIS 50,000 is not a lot. Most readers of my blogs will have jacuzzis that cost a lot more. But the Attorney-General Avichai Mandelblit has asked for an investigation. There is reason to believe that the jacuzzi was slipped in as part of renovations carried out for security purposes.

Mr. Netanyahu has denied the reports of the jacuzzi. In a statement, the Netanyahu family said no jacuzzi has ever been installed since they bought the house some 20 years ago.  He went on to say that he would be suing two Israeli reporters, and their news channels, for libel.

It is a little worrying. The Israel Defense Forces can detect a missile launcher hidden deep in Gaza and the Israel Police can catch me if I go just a little faster than the speed limit. But a jacuzzi is able to hide from everyone. Perhaps I should check my house. Could I have a jacuzzi waiting for me?

We do not know if Prime Minister Bennett’s unspecified infrastructure includes a jacuzzi.
The jacuzzi has a long an honourable history. Founded in 1915 by the Jacuzzi brothers, immigrants from Italy, the company started making wooden propellers for the American military. But only in the 1970s did the jacuzzi, as we know it, really take off.

A modern jacuzzi can cope with more than one occupant. It is possible that Netanyahu intends his jacuzzi as a “safe room” in the event of yet another missile attack from Gaza.

We can only hope that Mr. Netanyahu does not have a television by his jacuzzi. If he had seen the UK’s Sky News, he might have found himself frothing at the mouth at the news presenter saying that Britain’s relations with Germany had had their “ups and downs”. It was not clear if stupidity or the simple ignorance of the young presenter made her reduce two world wars and nearly 100 million dead to “ups and downs”.

But perhaps the news story has been lost in translation. It is possible that the Attorney-General was just following Émile Zola and said J’accuse not jacuzzi.