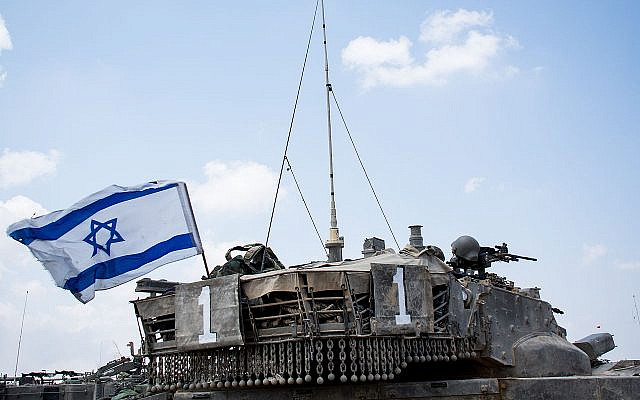 In the latest Israel-Gaza war, we saw yet again Israel as the target of unfair criticism for exercising its right to defend itself. There is no doubt that Israel’s image is suffering worldwide, and as unfair as it may be to say this, in the end, only Israel can fix the problem.

We saw how important it was for Israel to have a friend in the White House who stood in the way of a United Nations Security Council resolution that would prevent Israel from inflicting a heavy price on Hamas for attacking Israel. We also saw how important the Iron Dome is in saving Israeli lives and therefore how important it is that the United States would replenish Israel’s supplies, which President Joe Biden promised to do.

Yet at the same time, we witnessed an assault on Israel from within the Democratic Party, including an open letter to Biden. The letter demonstrates hypocrisy on the part of the authors who attempted to put all the blame for the Palestinians’ situation on Israel. They also attempted to rewrite history with revisionist statements such as, “we ask that you work to end the underlying conditions of occupation, blockade, and settlement expansion that led to this exceptionally destructive period in a 73-year history of dispossession and ethnic cleansing”. The occupation did not start until 1967, and it was in response to a concerted Arab attempt to destroy Israel. The settlements started even later. The blockade started only after 2005 when Israel left Gaza unconditionally and was met with terrorist attacks as a response. And if the Palestinians suffered dispossession and ethnic cleansing, it is the direct result of the Arab decision to repeatedly use violence to deny Israel’s right to exist. As Biden said, “Until the region says, unequivocally, they acknowledge the right of Israel to exist as an independent Jewish state, there will be no peace”.

But despite the deep hypocrisy and falsehoods in the criticism of Israel, the letter is a clear indication that Israel’s image is suffering among a large part of the Democratic Party. Israel is also losing support at the other end of the spectrum with support dropping significantly among young evangelical Christians. A future U.S. president, Democrat or Republican, could be far less keen than Biden to support Israel.

Israel would of course benefit from better education of the general public so that people are not taken in as easily by misleading rhetoric, but that is not enough. Even when one peels away falsehoods and unfair criticism, Israel’s image still leaves many reasonable people uneasy, and that allows Israel’s critics to peddle falsehoods. Abraham Foxman, who previously headed the Anti-Defamation League, captured well the root cause of that unease.

As Foxman put it, “Israel has no vision. Israel needs a vision to share with the world. Survival is important. It’s first, second and third. But after that? Israel has lost its vision, its mission. Startup is wonderful and startup is exciting. But if all [Israel is saying is that] you’re going to attack to save your life, then what? Israel has no answer to “then what.” There has to be more. I don’t care if it’s a two-state solution, a three-state solution, confederation, whatever it is. But there’s nothing except “understand that we have to defend ourselves.””.

When we look at the Israel/Palestine conflict from the outside today, what do we see? We see Israel occupying the West Bank and continuously building more settlements on that land. We see an Israeli blockade on Gaza. What we don’t see is any end in sight. Of course, a fair analysis of the situation demonstrates that most of the blame is not on Israel’s shoulders. The Arab world and the Palestinian leadership have a long history of rejecting any solution and of responding to Israel’s goodwill with attempts to destroy the Jewish state.

But the uneasiness comes from the fact that while one cannot fairly blame Israel for the current situation, one also does not know how Israel wants to end the conflict, and considering that Israel is by far the stronger party, what it intends to do is of prime importance. Is Israel going to annex the West Bank and offer citizenship to all Palestinian residents? Is Israel going to annex without offering citizenship? Is Israel ever going to allow a Palestinian state to exist? These and many more questions have no definite answers. There are contradictory statements by Israeli politicians and no clear Israeli policies on these issues.

In 2009, Israeli Prime Minister Benjamin Netanyahu said, “My vision of peace, in this small land of ours, two peoples live freely, side-by-side, in amity and mutual respect”, but in 2015, he pledged, “No Palestinian state on my watch”.

So, what do most people who are not invested in the conflict assume when the facts aren’t clear? Most people tend to assume the worst until proven otherwise. And Israel has yet to prove otherwise.

Perhaps the lack of clarity is due to Israel’s complex political system that makes every government a coalition of several parties. Perhaps it is due to the need to leave options open because the future is hard to predict. But whatever the reason is, legitimate or not, clarifying Israel’s policies is of the utmost importance. It may be key to Israel’s survival.