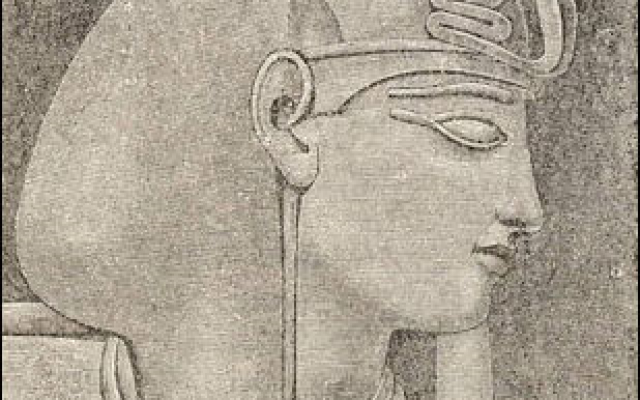 The story of Joseph’s incarceration ends with his successful interpretation of the dreams of the Pharaoh’s chief butler and the chief baker. Joseph’s genius was not only in interpreting ordinary objects (tendrils of grapes and baskets of bread) as symbols of the units of time but in understanding that the engagement in time (manifested in the chief butler’s personally squeezing the grapes into the cup and placing the cup in Pharaoh’s hand) symbolized life for the chief butler and the passivity of the chief baker (who dreamt of baskets of bread sitting on his head, with birds eating from the baskets) symbolized the opposite of life. (This incident is preceded by Joseph’s own two dreams, in which, using the same methodology, he correctly predicted reunification with his family twenty-two years later.)

This story is followed by Joseph’s encounter with Pharaoh when he is fetched from the jail to interpret Pharaoh’s dreams. Here again, Joseph demonstrates incredible insight by interpreting seven cows and seven stocks of grain as units of time—seven years of plenty ears of famine. (What made Joseph interpret these symbols as units of time was explained in my earlier post Interpreting Dreams.)

What is baffling in this story is Pharaoh’s reaction to Joseph’s interpretation of his dreams—Pharaoh immediately appoints Joseph as the Viceroy of Egypt. Just think about it: Joseph was a foreigner and a slave; moreover, as far as Pharaoh was concerned, Joseph was a convicted criminal (Pharaoh could not have been aware of his innocence). Joseph lacked any executive experience, of the sort necessary to run Egypt—the superpower of the day. He was a young man characterized by the Torah as a na’ar, a youth. What was Pharaoh thinking by appointing Joseph as the ruler of Egypt?

The key to understanding this may be found in the way Pharaoh relates his dreams to Joseph. When the Torah describes Pharaoh’s first dream, Pharaoh is said to have seen himself standing on the river. However, when he recounts his dream to Joseph, he changes it slightly – he says he was standing on the bank of the river. Rivers have been symbols of time since antiquity. Pharaoh is not a master of time. He is afraid of time. He is unwilling to engage. Like the poor chief baker, who was a passive observer of birds eating bread from the baskets on his head, Pharaoh too wants to be a passive observer. He doesn’t want to dip his toes in the river of time—he’d rather stay on the bank of the river.

Pharaoh, who readily admitted to Joseph that he was not a master of time, immediately recognized Joseph as the ultimate master of time. That is why he placed Joseph in charge of his country, for leadership requires mastery of time. Thus far is the Book of Genesis.

The second book of Torah, the Book of Exodus, begins with,

… who did not know Joseph, i.e., he did not recognize Joseph’s mastery of time.

In Jewish mysticism, time is a dynamic concept. Metaphorically speaking, the past impregnates the future, which gives birth to the present moment. Similarly, in physics, to ascertain the present state of a physical system, one must know its initial conditions (the past) and the law governing the evolution of this system in time (the future). It is the interaction between the past (initial conditions) and the future (differential equation—a dynamic law) that gives birth to a measurable state (present). This flow of time from the past through the present into the future is central to Judaism. It is symbolized in the order of Passover Seder comprised of three major parts: (i) reading the Hagada—the story of the Exodus (the past), (ii) eating the festive meal (the present), and Nirtzah—praising God for bringing Mashiach (Messiah) in the future. Greeks viewed time as circular lacking any progress. Jews, on the other hand, emphasized the forward movement, while retaining the circular element as well.  In Jewish thought, time is a spiral with each turn of the spiral bringing the world closer to its ultimate goal. Jews invented the concept of progress. This flow of time (time-flux) is synonymous with the progress seen in the Kabbalah as Tikun Olam—rectification of the world.

(The next three paragraphs presume an understanding of Kabbalah concepts and terminology and could be safely skipped by those who are unfamiliar with this esoteric discipline.)

Egypt is antithetical to this free, unobstructed flow of time, i.e., to the progress.  Egypt in Hebrew is MiTzRaYiM, spelled Mem-Tzadik-Resh-Yud-Mem. This word could be broken into two—MeTzaR (constriction) and Yud-Mem. The numerical value (gematria) of Yud-Mem is 50, symbolizing the fifty gates of understanding, i.e., the Divine emanation of Binah (Rosh HaShanah 21b). In Chasidut—the philosophy of Chabad—intellectual faculties of Chochmah (Abba-father) and Binah (Immah-mother) are seen as parents giving birth to the emotions (Da’at-toldot-children).  In Kabbalah, the same triad of Divine emanations—Chochmah-Binah-Da’at—can also be interpreted in terms of time, where Chochmah represents the past, Binah represents the future and Da’at represents the present.

In terms of the Divine partzufim (configurations or visages), this triad is called Abbah (father)—Imah (mother)—Toldot (children). This is interpreted to mean that the past (Abba-father; Chochmah-wisdom) impregnates the future (Immah-mother; Binah-understanding) and gives birth to the present (Toldot-children; Da’at-knowledge-emotions). In Chasidic thought, Egypt (Mitzrayim) represents the neck—the narrowest part of the torso constricting the flow of Divine consciousness into emotions. Similarly, in the temporal dimension, the word Mitzrayim-Egypt can be interpreted as a constriction of the time-flux into the future (which is a manifestation of Binah-Immah in the temporal dimension).  This is the constriction of the flow of Divine creative energy fueling the progress.

As Pharaoh is informed by his astrologists that a new leader of Jews, who is destined to become the master of time, is about to be born, Pharaoh first orders the Jewish midwives, Shifrah and Puah, to interfere with the birth of Jewish babies. Here, I think, the two Jewish midwives symbolize the past and the future. Shiphrah in Kabbalah personifies thought—Khochmah (past); and Puah personifies speech—Binah (future) (Or HaTorah, Shemot, pp. 2503). By interfering with births through Shifrah and Puah, Pharaoh sought again to interfere with the flow of time and the progress in the temporal dimension. Once again, let us recall the Kabbalistic expression: “past impregnates future, which gives birth to the present moment.”  In the words of the Torah,

As this plan fails, Pharaoh orders Jewish baby boys to be thrown into the Nile, so that the river—the symbol of time—drowns them before they become masters of time!

When baby Moses is born, he is placed in the river Nile. This strikes me as highly symbolic. As the future leader of the Jewish people, Moses had to become a master of time; he had to overcome the dangers of the river—the symbol of time. Ironically, it was Pharaoh’s daughter who saved little Moses and “…she named him Mosheh (lit. to draw out), for, she said, “I drew him out of the water.” (Ex. 2:10). Thus the notion of the flow of time is ingrained in the Mosheh’s (Moses’) very name and his psyche.

Now we fast forward to the Ten Plagues.  When Pharaoh finally calls for Moses and Aaron to ask them to pray to God to remove the plague of frogs from him, there is an interesting turn of events:

And Moses said unto Pharaoh: “Have thou this glory over me; against what time shall I entreat for thee…” (Ex. 8:5)

Moses asks Pharaoh to specify the precise moment at which the frogs should disappear, in order to demonstrate to Pharaoh his mastery over time.

This theme continues on:

And the Lord appointed a set time, saying: “Tomorrow the Lord shall do this thing in the land. And the Lord did that thing on the morrow” (Ibid. 9:5-6)

Behold, tomorrow about this time I will cause it to rain a very grievous hail… (Ibid. 9:18)

And Moses said unto him: ‘As soon as I am gone out of the city, I will spread forth my hands unto the Lord; the thunders shall cease… (Ibid. 9:29)

if thou refuse to let My people go, behold, tomorrow will I bring locusts into thy border… (Ibid. 10:4)

And Moses said: ‘Thus saith the Lord: About midnight will I go out into the midst of Egypt’” (Ibid. 11:4)

Time and again, Moses attempted to impress upon Pharaoh that he, Moses, was the master of time and that Pharaoh’s attempts to interfere with the flow of time, with the progress, were doomed to fail.  I can just hear one of Pharaoh’s advisors whispering into his ear, “It’s the time, stupid!”