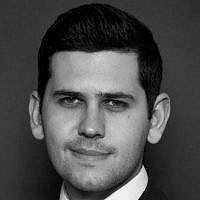 The Blogs
Akri Çipa
Apply for a Blog
Please note that the posts on The Blogs are contributed by third parties. The opinions, facts and any media content in them are presented solely by the authors, and neither The Times of Israel nor its partners assume any responsibility for them. Please contact us in case of abuse. In case of abuse,
Report this post. 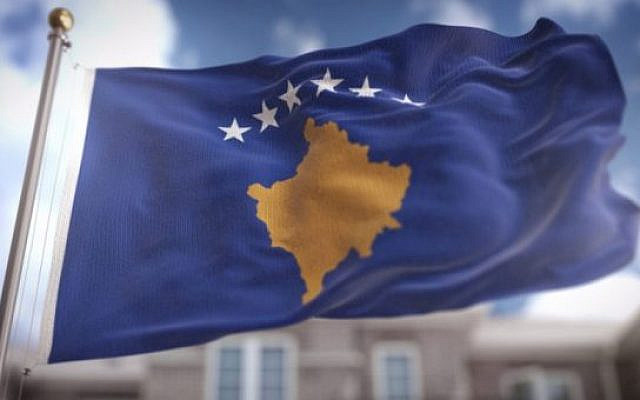 Last month Kosovo celebrated the 13th anniversary of its declaration of independence. The declaration came about a decade after the Serbian authorities launched an ethnic cleansing that aimed to eradicate the Albanian majority population of its then-province. A full-fledged genocide was stopped in 1999 by NATO’s intervention.

Since 2008, the Republic of Kosovo has joined international organizations, has become a vital part of the international community, and has been a key factor of stability in the Balkans. In terms of democratic standards, Kosovo fares better than some of its neighbors, as evidenced by its latest exemplary elections. It is time for Athens to finally join the more than 100 countries that recognize its irreversible independence.

Doing so would advance Greek interests and elevate Athens’ diplomatic clout. Not only Greece would offer an important contribution to peace and regional stability, but it would also be an important gesture to nurture closer Greek-Albanian ties.

This month, Israel established full diplomatic relations with Kosovo, in a move widely supported and coordinated by the United States. Greece has the opportunity to follow Israel’s example and finally establish full bilateral ties with the Republic of Kosovo.

Despite repeated attempts by Serbia and its allies to contest the legitimacy of Kosovo’s sovereignty, it independence was upheld by the International Court of Justice. In its 2010 Advisory Opinion, the court noted that Kosovo’s declaration of independence did not circumvent or break any international law, attesting to its international legality.

Kosovo’s diplomatic ties with Israel countered, once again, the assumption that its independence serves as a dangerous precedent for secessionist movements. The five EU members states that still refuse to acknowledge an independent Kosovo, including Greece, have indirectly hidden behind this argument.

However, Israel’s decision directly contradicts this misleading and outdated narrative. Considering how Israel faces with the Palestinians one of the thorniest and most complex territorial disputes in the world, its recognition showcases and reinforces the fact that Kosovo’s independence is a sui generis case and that in no way can be used to predetermine or influence the outcome of other disputes.

The lack of normalization between Kosovo and Serbia remains the most problematic security issue in the Balkans. At the same time, it hinders their integration in the European Union and creates openings for foreign interference. Outside powers have an interest in preserving the status quo and keeping the region in a limbo.

Greece has the opportunity to contribute in breaking the current deadlock and injecting positive energy that could help facilitate the resolution of the conflict. Such a move would surely be welcomed by most Western countries, as well as EU institutions.

The European External Action Service, which continues its efforts to facilitate a comprehensive agreement between Kosovo and Serbia, has its hands tied in many regards due to the fact that five EU members do not recognize Kosovo. Greek recognition would send an important message that would surely benefit Brussels’ initiative.

Furthermore, the new administration in the United States has pledged to enhance its efforts to settle the conflict and help them towards mutual recognition. This was emphasized most recently in U.S. President Joe Biden’s letter to Serbian President Aleksandar Vucic.

Athens’ recognition of Kosovo now, in line with the U.S. position, would assist this end goal and would earn goodwill in Washington. After all, the moment is especially ripe. As part of the commitments it undertook during the White House summit last September, Serbia has pledged to not lobby other countries against Kosovo’s recognition for one year.

Differently from the other EU non-recognizers, Greece has a Liaison Office in Kosovo, at ambassadorial level, and has emphasized that it seeks to strengthen economic relations. Foreign Minister Nikos Dendias’ visit in Kosovo last October was focused on the region’s EU perspective and the dialogue between Kosovo and Serbia.

The visit emphasized that there is increasing bilateral engagement. Establishing full diplomatic relations would create new opportunities for deeper cooperation on issues of mutual concern.

The establishment of Kosovo-Israel ties set an important precedent. Athens would be wise to learn from it.

About the Author
Akri Çipa is a consultant and foreign policy expert focused on Balkan affairs. He holds a Master of Science in Conflict Resolution from Columbia University in New York. Twitter: @AkriCipa
Related Topics
Related Posts
Comments