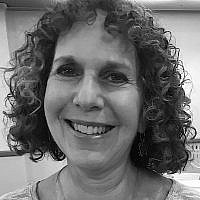 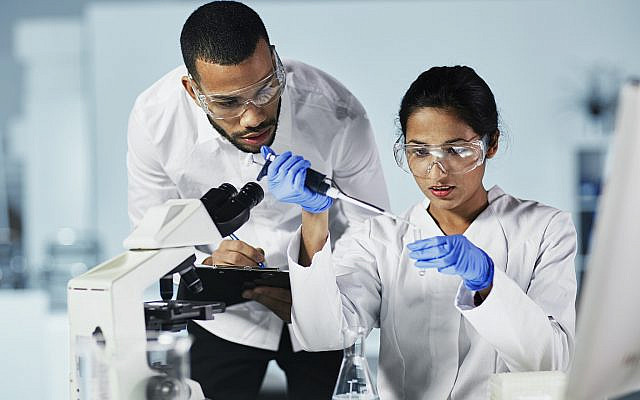 As someone who works tangentially in the clinical trial space, providing content for a business intelligence company serving the pharmaceutical industry, not a day goes by that I don’t read or think about clinical trial diversity. Thanks to the COVID-19 pandemic, which the Centers for Disease Control (CDC) showed to disproportionately impact ethnic and racial minorities — the Black/African American, Hispanic/Latino, American Indian and Alaska Native communities specifically — we tend to think of health equity in terms of these groups.

When it comes to clinical trials, however, these are not the only demographics often overlooked. For example, despite having much higher rates of many diseases, older adults are generally excluded from trials testing therapies that might benefit them. Geography also plays a role; those who live in rural areas often have trouble finding clinical trials conveniently located.

Women, too, have been historically underrepresented in clinical trials as reported by a 2020 study by UC/Berkeley and the University of Chicago. In 1977, the Federal Drug Administration (FDA) issued a guideline essentially banning women of childbearing age from participating in early-phase clinical research, except for life-threatening conditions. In 1993, the FDA reversed that guidance. However, we were left with a 16-year gap of women excluded from medical research.

Perhaps the most blatant example of ignoring women in clinical trials was a study on alcohol use and Addyi, in 2015 the first drug approved to treat female sexual dysfunction. The study enrolled 23 men and only two women. Yes, I’m still shaking my head in disbelief over this.

In 1961, the drug thalidomide was withdrawn from use in the UK, after being on the market for five years as a treatment for morning sickness in pregnant women. It had finally been established that thalidomide was responsible for babies being born with underdeveloped limbs and other malformations.

Lack of diversity in clinical trials is a bit like the old chicken-and-egg dilemma. Governments and pharmaceutical companies have been guilty of previous atrocities which, in turn, have created mistrust among the very groups that are underrepresented. Case in point: the 40-year-long Tuskegee experiment. This project, launched in 1932 by the US Public Health Service, sought to study “bad blood” (aka syphilis) among Black men. To track the disease’s full progression, the study provided no treatment. By 1972, 128 participants had died, approximately 40 wives were diagnosed with syphilis, and 19 babies contracted it at birth.

Then there’s the infamous story of Henrietta Lacks, a Black woman who was undergoing treatment for cervical cancer in 1951 at Johns Hopkins Hospital. A sample of her cancer cells, nicknamed “HeLa,” was taken without her consent. Her family was not informed of this until 1975. And so, I ask you: Is it any wonder people of color are not rushing to sign up for clinical trials?

That leads me to another question: Why is diversity in clinical trials important? The efficacy of any given treatment can vary greatly among populations. Moreover, people of different ethnicities, races, and genders can have varying reactions to treatments. Sometimes these reactions cause unfavorable changes in the patient’s health, referred to as adverse events. And, in some cases, a serious adverse event — such as death — can occur.

As a full-time employee, my professional and personal worlds do not exist in silos. At the risk of co-opting a buzzword used in social justice circles, my life is filled with intersectionality. This was most evident in my recent role as a patient. I received a total hip replacement, and I admit going into the procedure I had more than a little trepidation as I remembered the recall of (and subsequent lawsuits regarding) a previously defective hip implant. The mantra “clinical trials” kept replaying in my head, as the importance of testing not only treatments but medical devices hit extremely close to home for me.

My worlds intersect in other ways, too. I am active in several social action initiatives as well as in Hadassah, the Women’s Zionist Organization of America, that has long been an advocate for women’s health. One reason I’m so passionate about Hadassah, is its own cutting-edge research at Hadassah Medical Organization’s two hospitals in Israel. Its medical research and patient treatment have been hailed globally as  a “bridge to peace.”

Hadassah transcends politics, religion, and geographical boundaries. That’s why at Hadassah’s two hospitals in Israel you can find Israeli and Palestinian healthcare professionals working shoulder to shoulder; Muslim, Christian, and Jewish mothers praying over their sick children; and both terrorists and their victims being treated simultaneously. It should come as no surprise that Hadassah Medical Organization was nominated for a Nobel Peace Prize in 2007.

Prior to my own surgery, I did my due diligence: I asked for referrals, got a second opinion, even tried other methods to address my pain before going under the knife. During this process, I was acutely aware that I likely had a level of health literacy slightly higher than the general population. I was again reminded of the challenges others might face in seeking medical care, let alone participating in a clinical trial: language barriers for those whose first language is not English; technical barriers for those such as older individuals; transportation barriers for those who do not own a vehicle; or availability barriers for those who work hourly jobs.

Because so much of my workweek is focused on clinical trials, I decided I should not just talk the talk but also walk the walk. So, when an email from CVS arrived in my personal inbox, inviting me to participate in a clinical trial, I decided to sign up. This particular study, sponsored by Biogen, is focused on brain health, noting changes in thinking and memory. Since I’m constantly misplacing my glasses, my car keys, my [fill in the blank] — not to mention forgetting people’s names and let’s not even get started with passwords — I thought I’d be a perfect candidate.

Turns out I am eligible to participate in the study. I’ve already taken several online memory tests, which left me feeling frustrated and a bit worried about what the future holds for me.

I am, however, optimistic as to what the future holds for medical research. With decentralized clinical trials becoming more the norm than the exception, we should be seeing increased access to all, regardless of race, ethnicity, geographic location or socioeconomic status.

About the Author
Darcy Grabenstein, a third-generation Life Member of Hadassah Greater Philadelphia, is Senior Manager of Content Strategy for Informa Pharma Intelligence. In a previous life, she was Associate Editor of Heritage Florida Jewish News in Orlando. When she’s not pursuing her passion of Israeli dance, she’s writing poetry, meeting copywriting deadlines for her freelance clients, trying to keep up with several book club reading lists, getting into good trouble with Bend the Arc: Jewish Action South Jersey, and volunteering at Temple Har Zion in Mt. Holly, NJ. She is a native Floridian and a Florida Gators fan.
Related Topics
Related Posts
Comments