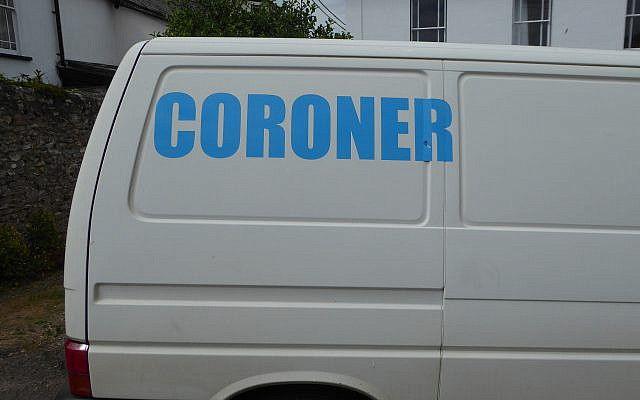 Who is responsible for the irrational reporting of the coronavirus outbreak? The totally unnecessary precautions being taken are doing enormous damage to the world economy. There must be hidden interests who are trying to make a mountain out of this molehill.

As an example, consider the article in today’s Telegraph by Ambrose Evans-Pritchard which seeks to spread the panic over this trivial flu outbreak.

Let us look at the cold facts. The latest figures reported by China show that just 24,363 people have been confirmed with the virus with some 500 deaths. Yes, that’s right. All this fuss is over just 500 deaths. Even if the Chinese are hiding the true figures, and the numbers are somewhat higher, the population of China is a little under 1.5 billion. As Joseph Stalin once said, “A single death is a tragedy; a million deaths is a statistic.” With help from the media, this handful of deaths is being turned into a major statistic.

International efforts are being made to stop the spread of the virus. Of course, the sensible course of action would be to let the virus run its course and die out naturally. Most of those infected would recover, and people would acquire natural resistance. Many pharmaceutical companies are wasting time and money trying to develop a vaccine. By the time they have one available, it will be too late, the epidemic will have passed. And, in the summer, the virus will spend its time quietly mutating to make the vaccine useless against its next attack.

“the world economy is in mounting peril”  This is certainly true; huge damage is being done to the entire world’s economy and may cause more deaths than the virus as poor people, out of work, starve or miss out on essential medicines.

Ambrose Evans-Pritchard says that, comparing the virus to the Spanish Flu that mainly affected the young, this virus seems to target the old. Although not so good for elderly people, like myself, it could be very good for the world’s economy; a clear-out of those clogging the health care systems and getting large pensions from the public purse.

In the meantime, another major killer is being ignored. In China alone, more than 700 people are killed in road accidents every day, according to the World Health Organisation. The WHO estimates that traffic accident claim about 260,000 deaths each year. And, unlike the coronavirus, these are preventable deaths. We know, from the detailed statistics, just how many people are going to be killed by motor cars in the coming year. And we all agree that they should be killed. There would be no deaths if the maximum speed limit were reduced to, say, 5 kph. To be absolutely sure, we could have a man with a red flag walk in front of every car; no road deaths and no unemployment. But this would be a major inconvenience and so we are perfectly prepared to see 1.35 million people die (global road traffic deaths 2018) so that we can drive to the supermarket for another pack of beer.

So why all the fuss about another bit of flu? Perhaps we all know that a traffic accident will never happen to us. We are all superb drivers and are always in control of our cars, accidents happen to other people, not us. But a virus is another matter. We can’t see it, we can’t hear it, we can’t taste it – we can’t control it. Yes, it’s time to panic.

About the Author
The author has been living in Rehovot since making Aliya in 1970. A retired physicist, he divides his time between writing adventure novels, getting his sometimes unorthodox views on the world into print, and working in his garden. An enthusiastic skier and world traveler, the author has visited many countries. His first novels "Snow Job - a Len Palmer Mystery" and "Not My Job – a Second Len Palmer Mystery" are published for Amazon Kindle. The author is currently working on the third Len Palmer Mystery - "Do Your Job".
Comments