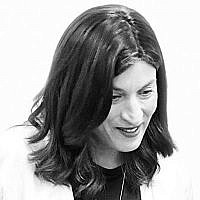 The Blogs
Rivka Ravitz
Apply for a Blog
Advertisement
Please note that the posts on The Blogs are contributed by third parties. The opinions, facts and any media content in them are presented solely by the authors, and neither The Times of Israel nor its partners assume any responsibility for them. Please contact us in case of abuse. In case of abuse,
Report this post. 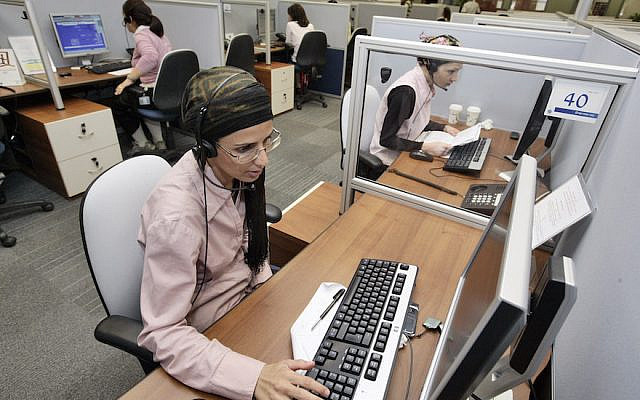 One big question people don’t ask is: are ultra-Orthodox women interested in a change?

In traditional Jewish society, the role of women was supposed to be wholly dedicated to raising children, but when many ultra-Orthodox men decided to devote their lives to learning Torah, they essentially brought their ultra-Orthodox wives to be the main breadwinners of the home. For ultra-Orthodox women, the concept of “career” is seen as a means and not as an end — the standard Haredi view sees work as a necessity and not as means to self-fulfillment or the building of a professional career.

Eighty-three percent of Haredi woman work, but their average hourly wage is low as compared to non-Orthodox Jewish hourly wages. A 2018 survey by Israel’s Central Bureau of Statistics revealed that these gaps narrow greatly when the comparison is made between those who attended academic programs. Yet, as of 2020, only 15 percent of Haredi women had some kind of academic degree, compared to 28% of all Jewish women in the same age range. Having said that, most ultra-Orthodox women in Israel are interested in increasing their salaries and those with high-quality job positions express a readiness to be more proactive to achieve occupational advancement.

And yet, most of the women in ultra-Orthodox society are highly conservative regarding fulfilling the central roles they were educated to achieve, both formally, in the Haredi educational system, and less formally, via their communities: their roles as wives and mothers. Clearly, there is a conflict between the desire to advance in the labor market and the need to preserve the sensitivities and values they hold dear.

I believe there is a hidden barrier that prevents progress of ultra-Orthodox woman to the next level in the employment market – and the women themselves may not be aware of it. I believe it is in place even for those who have been in the workforce for several years. What would help ultra-Orthodox women advance to higher education and high-quality employment, without relinquishing their lifestyles? What would make it feasible for the women to take that advanced education and convert it into higher level employment with commensurate salaries?

One likely culprit is the fact that little or nothing in their environment suggests they work to advance, even when one might think they should. For example, government policies — led by the ministries of finance, economy, and welfare, together with the prime minister — have largely been oriented towards encouraging employment among ultra-Orthodox men, due to their low employment rates. That is, the government’s focus is on the men, even though the main breadwinners in ultra-Orthodox households are the women.

At the most practical level, a focus on men means that many resources and employment programs that are designated to promote Haredi employment cannot support the Haredi women. The women remain ineligible for influential management and leadership position, as well as the training that would make them contenders to compete for these roles. Thus, the women who devote many hours and considerable effort in the labor market are prevented from entering the positions that would reward them with a more sizable salary. The government policy to encourage Haredi employment simply does not focus on the women.

Perhaps it’s time for that to change.

About the Author
Rivka Ravitz is a senior fellow at the Jewish People Policy Institute (JPPI). Married and the mother to 12 children, she belongs to the ultra-Orthodox community in Israel (Haredi). Ms. Ravitz served as chief-of-staff to the 10th president of the State of Israel, Mr. Reuven (Ruvi) Rivlin. In that role, she was responsible for projects in various population sectors, particularly minority populations and coordinated with prime ministers, government ministers and their bureaus, local authorities, companies, and organizations. She studied business administration and computer science at the Open University of Israel, where she received her MBA in Information Systems. She is working on a doctorate in public policy at the University of Haifa and teaches computer science/operating systems/Linux, in Technical Colleges in Jerusalem and Bnei Brak.
Related Topics
Related Posts