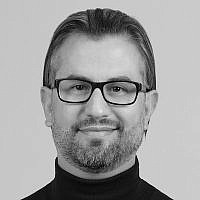 The Blogs
Eitan Neishlos
Apply for a Blog
Advertisement
Please note that the posts on The Blogs are contributed by third parties. The opinions, facts and any media content in them are presented solely by the authors, and neither The Times of Israel nor its partners assume any responsibility for them. Please contact us in case of abuse. In case of abuse,
Report this post. 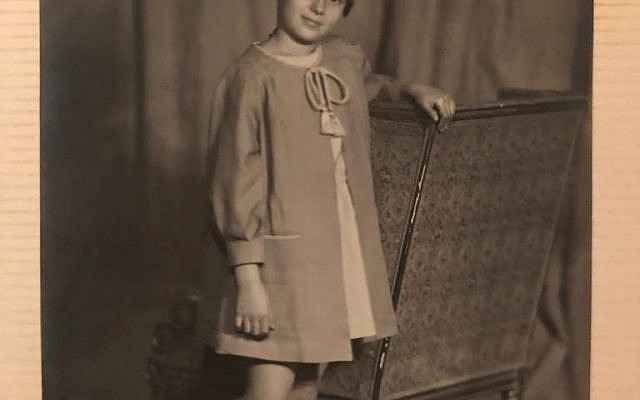 It has been nearly 80 years since one of the biggest tragedies in Jewish history, yet Jews around the world are still living with a sense of fear. It is only the beginning of 2022 and already a major attack on our community has befallen us with the hostage taking of four people in a Texan synagogue. Innocent people who just wanted to pray and be with their community in what should have been a safe space.

Antisemitic attacks, no longer a shock

Unfortunately, for many people this wasn’t a shocking event at all. It has not been so long since the 2019 Tree of Life attack in Pittsburgh and every year the news is littered with statistics on how antisemitic violence has reached yet another record high.

Potential attacks lurk from every end of the political spectrum, from white supremacists and conspiracy theorist to anti Zionists’ criticism of the State of Israel bleeding into outright Jew-hatred. Has the world learnt nothing from the past? We say “lest we forget” but maybe the world has indeed forgotten.

Lack of education in the Holocaust

Not too long ago in 2014, the Anti-Defamation League conducted a poll in 102 countries and territories, which revealed that an enormous 35 percent of people globally had never heard of the Holocaust and the majority of Gen Z did not know that six million people had died. With my own personal family history this is not just disappointing and frightening but upsetting and worrying that the loss of life felt by my ancestors has perhaps come to nought – a feeling I would suggest is felt by much of the global Jewish community.

My grandmother, Babushka Tamara, was herself a survivor of Nazi tyranny during WW2, saved as a child by a Christian family, the Chodosevitchs in Belarus. She was the sole survivor from her family. It is vital that her story is told and that the memories of my fallen relatives, along with all those who perished senselessly, will live on through the generations which follow our own.

That is why it is so important to commemorate International Holocaust Remembrance Day on 27th January each year. We as a community need to fight against the delusion and denial which has been plaguing the world and creeping up in past years. According to a report by the European Commission, 50 percent of Europeans consider Holocaust denial to be a major problem in their country. In Australia a study by Danny Ben-Moshe on Holocaust denial reveals that it has “significantly increased”. In the United States 10 percent of those under 40 said they either weren’t sure whether the tragedy did indeed place or denied it happened at all, according to the U.S. Millennial Holocaust Knowledge and Awareness Survey.

The inspiration to stand up

My Babushka Tamara was always an inspiration to me when I was young and as an adult her story – and those of other amazing survivors I have met in my life – became the motivation behind the inception of the Neishlos Foundation. I set up this organisation to fight against antisemitism and prejudice through information, education and awareness. To teach young people about the devastating consequences of discrimination in all its forms and to turn bystanders into upstanders who will fight against inequality and injustice when they see, hear or experience it. 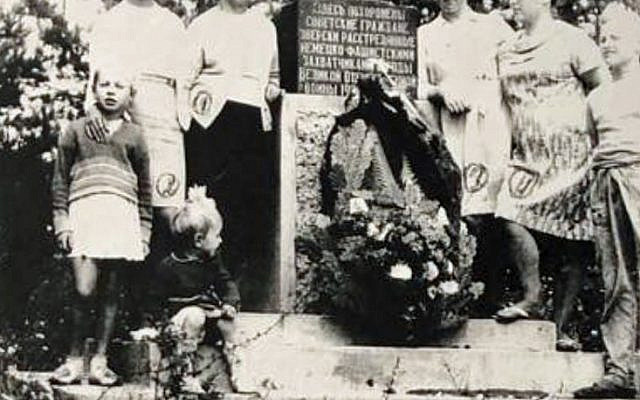 Grandma Tamara at a memorial at a mass grave site in Lahoysk, August 1971. (courtesy)

This year the Neishlos Foundation takes great pride in partnering with the International March of the Living, a 3km procession of memorial between concentration camps Auschwitz and Birkenau on Yom HaShoah. These events are vital in passing down the torch to the third generation, a shared goal between the march and myself.

The generation of “Hai”

I believe in the generation of “Hai” – of living – and of those who will stand up against bigotry, hate and racism, and say enough! I truly believe that this is a message which we should continue to share – a message of life – so that they may continue to pass the torch to the generations who follow them: L’Dor V’Dor.

About the Author
Eitan Neishlos is a serial fin-tech entrepreneur and philanthropist whose diverse ‘passion projects’ – both in business and philanthropy – focus on building a brighter future for both Israel and the Jewish people.
Related Topics
Related Posts
Comments