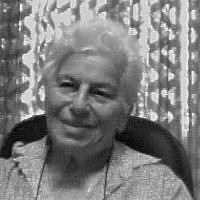 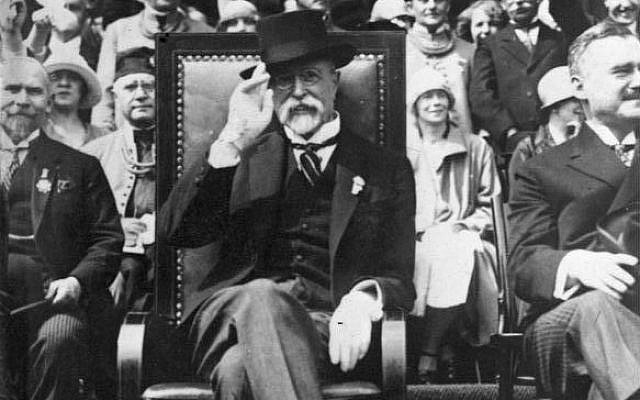 October 28 commemorates the Day of Czechoslovak Independence, when, in 1918, it broke away from the Austro-Hungarian  Empire and became a self-ruled democratic state. Jan Masaryk, youngest son of the founder of the new republic, a colorful tragic figure, was its second foreign minister.

“The truth prevails. But it’s a chore.”

“If you have sacrificed my nation to preserve the peace of the world, I will be the first to applaud you. But if not, gentlemen, God help your souls”

Jan Garrigue Masaryk to Lord Halifax as reaction to allies’ betrayal of Czechoslovakia after the Munich Agreement 1938:

March 10, 1948. Jan Masaryk, a Social Democrat in the communist-controlled Czechoslovak government is about to give a frank major speech in the Czechoslovak Parliament. And next day, he is to fly to London to marry his bride, Jewish-American author, Marcia Davenport.

Instead, the charismatic politician-diplomat lies mysteriously dead on a pavement in Prague.

He lay under his office window — a window of the Cerninsky Palace, seat of the Ministry for Foreign Affairs in Prague.

Jan Masaryk, its minister, was the victim of defenestration. Officially the act was called a suicide; unofficially, “controversial.” To confirm their claim of a suicide, the Communist government gave Masaryk a grand official funeral.

But his friends and acquaintances knew him as a jolly, optimistic bon vivant, who liked good food and good company. And he was about to marry a woman he loved and admired. They could not conceive of Jan Masaryk as a man ready to give up life voluntarily.

As a result of forensic research, a Prague police report in 2004 concluded that Masaryk had indeed been thrown out of the window. With characteristic Czech humor, tongues in the capital had been set wagging: “He was such a tidy man that, when he jumped, he shut the window after himself.”

Another, more recent investigation, leaves the answer once more a question mark. A number of close associates of the minister, like his erstwhile secretary, the late Israel diplomat Avigdor Dagan, as well as some of Masaryk’s relatives, support the suicide theory.

It is doubtful whether the defenestration of Jan Masaryk will ever remain other than a historic puzzle.

Defenestration as a state solution was not a new phenomenon in Czech lands. And Jan Garrigue Masaryk, the son of Tomáš Garrigue Masaryk, founder and first president of the 1918 established Republic of Czechoslovakia, was not the first statesman of his country to be a victim of defenestration. The first took place already in 1419. The second, in 1619, actually triggered there the devastating 30-year war, pitting Bohemian Protestants against Catholic Germans, the latter tossed out of the window. But the Germans’ lives were miraculously saved: they fell into a pile of soft horseshit.

Jan Masaryk was born in Prague in 1886; he was 61 at the time of his unnatural death. His beginnings were spent in the cultural atmosphere created by his philosopher father, later to become first president of post World War II Czechoslovakia, and his mother, American-born Charlotte Garrigue, who traced her Huguenot ancestry to the Mayflower. Both his parents were believers and fighters for women’s equal rights, and the president added his wife’s name, Garrigue, to Tomáš as his middle name.

Jan was no scholar; he left school and home early and set out on his own. Life was his university. And he liked the good life — good food, good company. Eventually, he completed his higher education in Chicago and in Britain, and later became secretary to the Czechoslovak foreign minister Edvard Beneš. From 1925 to 1938 Jan Masaryk was ambassador to Great Britain.

During the war years, Masaryk performed his task as member of the Czechoslovak government-in-exile, based in London.

During 1940-43, his BBC broadcasts, both in Czech and in English, were second in popularity only to Churchill’s wartime radio broadcasts. Masaryk’s transmissions were regularly listened to by huge audiences. According to BBC researcher Erica Harrison, Jan Masaryk’s London Calling, his 15 -minute BBC weekly Wednesday evening broadcasts, included political speeches, news of and commentary on world events; he countered Nazi propaganda in the media of the German-occupied Bohemian-Moravian Protectorate, and, rarely, transmitted coded messages to resistance groups, all in Masaryk’s inimitable light “regular guy’s” manner (“When will we bump into one another on the streets of Prague?”)

Czech auditors under German occupation would be listening secretly under the threat of severe punishment, even death. In many instances, people had to bring their radios to Nazi official offices where their short-wave connections were removed. Harrison speaks of one chosen Czech listener in a group who would frequently be the one to spread the information to neighbors and friends. In this way, the occupied population could be apprised of events without Nazi propaganda coloring.

In his book, Conversations with Jan Masaryk, Avigdor Dagan, before his aliyah known as Victor Fischl, portrays the Czechoslovak foreign minister whose secretary he then was, as an outspoken friend and admirer of the Jews. Masaryk tried, whenever he could, to help advance the cause of Zionism. Dagan quotes Masaryk’s disgust with converts. “Nothing disgusts me as much as a man who is born a Jew and is ashamed of it and gets himself baptized…who left the religion of Moses and Jesus to convert. If he does so out of conviction, I respect that. But how many do?” And here, characteristically, Masaryk illustrates with a story: Three converted Jews meet in a café and discuss the reasons for their conversion. ‘I did it to promote my career,’ says the first. ‘And I for love of a woman,’ thus the second. The third, ‘out of conviction.’ ‘That,’ say the two, ‘you can tell a goy.’

He adds that he learned then that Jewish wisdom was based on the fact that they did not think in terms of days or months, but of centuries… “And that enlarges the horizons..”

“I regard antisemitism as the greatest barbarism, in the same category as murder and cannibalism,” Dagan quotes Masaryk.

As for Zionism, he says that founding a Jewish state belongs to the “greatest political thoughts of our times. I firmly believe in this; in effect, I am a Zionist.”

After the war, the Czech officials, including Masaryk, resumed their government seat in Prague.

But now Masaryk found himself a Social Democrat Minister in a Communist majority government. And only a a few days after his return, he lay dead under his window.

Israelis are not strangers to the name Masaryk.

Numerous streets and squares in Israel are named Masaryk; there is even a kibbutz in western Galilee named Kfar Masaryk.
And some four years ago, during July- October 2018, an underpublicized photo exhibit of Tomáš Garrigue Masaryk’s visit to the Holy land was exhibited in the halls of the Knesset in Jerusalem. In effect, it depicted the first visit of a head of state to mandated Palestine. Albeit secret for security reasons (already then!) and under an assumed name, Masaryk by his symbolic gesture demonstrated his affinity with and support of the Jewish people. This he confirmed with a rapid official Czechoslovak recognition, May 18, 1948, four days after the State of Israel was declared.

Prior to Israel’s independence and a not insignificant contributor to Israel’s success in Israel’s War of Independence, the Czechs’ official help in providing armaments and especially the training of Israel’s pilots is well known in this country and gratefully acknowledged.

And, true to the Masaryk tradition — father and son — the deep organic friendship between the Czech Republic and Israel — except for the years of Communist interruption — continues on all levels — political, cultural, and personal.

All the quotes taken from  Gespraeche mit Jan Masaryk (Conversations with Jan Masaryk) by Avigdor Dagan.