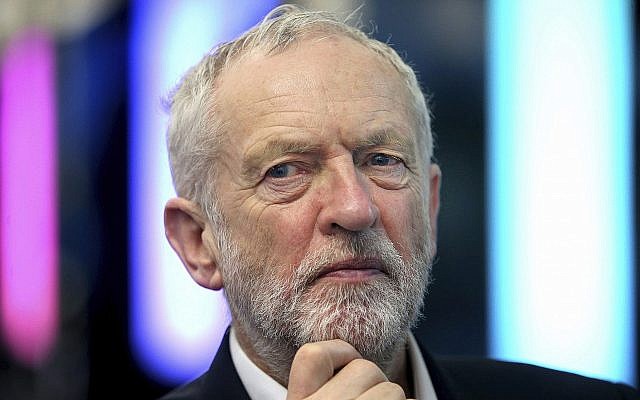 Last week, on Thursday morning, I tweeted the question, ‘Where is Jeremy Corbyn?’

The latest round of Labour’s depressing anti-Semitism scandal had been raging for almost two weeks and we had heard nothing from Labour’s Leader.

Over the following days, Jeremy Corbyn finally emerged from hiding. Firstly, we saw the botched attempt to circumvent the community’s leadership through some sort of speech at the Jewish Museum. David Rosenberg from the small but determined band at the Jewish Socialist Group claims to have received his invitation. Mysteriously, invitations for the Board of Deputies, the Jewish Leadership Council and the Community Security Trust seem to have been ‘lost in the post’. It is clear that this was another ‘divide and rule’ attempt and the Jewish Museum was right to reject the booking.

On Friday, despite our specific advice that an intervention just before the Sabbath would be taken in bad faith, Jeremy Corbyn defied all decency and published a comment piece then anyway. On Sunday, we finally heard from him in his own voice and not through the words of his spin doctors. Sadly, the results left much to be desired, as I wrote with the Jewish Leadership Council’s Jonathan Goldstein in the New Statesman.

What alarms the Jewish community most is that even against all cynical political calculations, this seems to be the hill that Jeremy Corbyn (or is it his advisor, Seumas Milne?) seemed prepared to die on. As the Economist magazine rightly says:

“This is a strange hill for the leadership to plant its flag on. In other areas Mr Corbyn has shown remarkable ideological flexibility. The long-standing critic of NATO has gone quiet. The former vice-chairman of the Campaign for Nuclear Disarmament campaigned on a manifesto pledge to maintain Britain’s nuclear deterrent. Yet when it comes to anti-Semitism, the campaigner for Palestinian rights has reached his limit.”

Now, a week after he actually came out and said something, I find myself asking again, ‘Where is Jeremy Corbyn?’ He has seemingly disappeared again. He is in hiding from the media and refuses to face the obvious difficult questions. He is clearly just hoping it will go away. I’ve got some bad news for him. Unless he does what he needs to do, it won’t.

Where is Jeremy Corbyn?

Not until he himself does what he needs to do which is, at a minimum: (1) adopt in full the IHRA definition with all its examples and no exceptions, (2) dropping the ridiculous show trial against Ian Austin and taking proper action against Peter Willsman, (3) opening Labour’s disciplinary process to independent scrutiny as they seem totally politicised and not fit for purpose and (4) owning up to the problematic nature of his own past actions.

You cannot lead through invisibility. Once again, a week on, I call on Jeremy Corbyn to come out of hiding and do the right thing. Surely, by now, enough is enough.