Just short of two years ago I set up a secret Facebook group. It was the last thing I should have done on my first day at home, still weak and recuperating from over three weeks in hospital with a serious rare illness.

It was the day John Mann MP fiercely and publicly recommended that Ken Livingstone should read Mein Kampf to discover Hitler’s genocidal hatred towards every Jew.

Wrapped in a blanket and watching him in an endless loop I realised that I loved John with the same love I reserve for those who challenge injustice against all, and more personally, against my family.
That date was 28th April 2016.

Within seconds of setting up the group people of every political hue were sharing outpourings of grief at Labour’s antisemitism.

There have been ebbs and flows; there have been times when I wondered if it was all a waste of time because whilst many of us got it, so many others didn’t want to know. There was a subtext that those of us who were worried were making a fuss about nothing.
But those who cared, who were angry, who have shown that you don’t have to be Jewish, have reached out to each other in a support network with little or no help from formal Jewish organisations.
I was inspired by posts from, and conversations with, members of social media groups including ours, who have now become friends, to reach out further and set up The Whitewashed Project. www.whitewashed.co.uk

There was a desert; I was told, to my desperation, that antisemitism made people yawn. Now we are overwhelmed with the media spotlight on Labour’s antisemitism and we have a sadly ironic luxury of choice about what to post.

The Board of Deputies and the Jewish Leadership Coincil organised a dignified and powerful demonstration in Parliament Square and we turned out in unprecedented numbers. Many of us, who had only met online as comrades in arms,  embraced in real time solidarity. And now at last the press has sat up. This Sunday, 8th April, with more notice, the Campaign Against Antisemitism has organised a further demonstration. I have no doubt that it will be equally powerful because Corbyn and co’s   shameless  tactics have made us all more determined

I am delighted and thankful that both the BoD and the JLC have stepped up and that the result has been so outstanding. I would however like to politely remind everyone that the head of steam resulting in these headlines has also been driven by an engine containing so many amazing, dedicated and tireless grass roots activists, individuals and groups, Jewish and not, that it would be invidious to name only some.

I hope that i will cause no offence if I also say that I am saddened that the Board hasn’t put out an acknowledgment of how ordinary people have done extraordinary things in standing up to antisemitism from the left and on Corbyn’s watch. Many of us work untiringly and continue to suffer sleepless nights because of the stress;the antisemitic bullying threats;the harassment;  and the utter hate.

We all have different modus operandi and politics. But we all have the very life  of the British Jewish community and of British democracy in our hearts. We will not give in until the last person standing.

On April 28th 2018 it will be two years since John Mann faced up to Ken Livingstone for claiming that Hitler supported Zionism.

Livingstone remains suspended but not expelled from the Labour Party.
Jeremy Corbyn continues to be all talk and no action in countering antisemitism.

Corbyn et al  are now using  tactics straight out of the Marxist rule book to divide us. He has pretended to chum up with two microscopic and unrepresentative groups, Jewish  Voice for Labour  and Jewdas. No doubt there will be more. He is doing this solely as a tired manoeuvre to try to drive a wedge between us, and divide Jew from Jew in a pathetic attempt to demean us all. He does not realise that we’re not that daft. He also does not  realise how solid we can be in adversity.

We must save our powder for Jeremy and his gang.

The pus finally needs to be let out of the poisonous antisemitic boil. It needs to start with the expulsion of Ken Livingstone from Labour and then the whole great racist wen needs to be drained.

Corbyn and his cabal are not going to act against antisemitism; the question is: who will?

About the Author
Judith Ornstein is UK and Israel based. She is a passionate supporter of the arts, who combats the cultural boycott of Israel. Judith is the instigator of both the ‘Whitewashed’ and ‘Forced Out’ projects, books and films using primary evidence from witnesses to expose Labour's problems with Jews. Whitewashed book and film, and valuable links can be found at www.whitewashed.co.uk Forced Out Links film and book https://www.amazon.co.uk/dp/B082DJ1LHD/ref=sr_1_1?keywords=Forced+Out+Labour+Antisemitism&qid=1575581887&sr=8-1 Companion film here: https://youtu.be/b4f_TexfjbI
Related Topics
Related Posts
Judith Ornstein
Comments 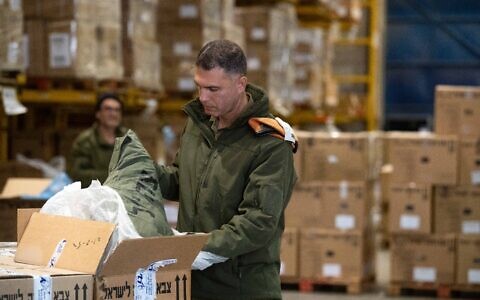 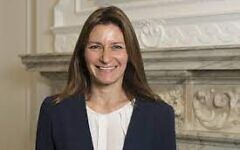 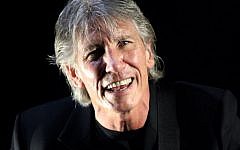 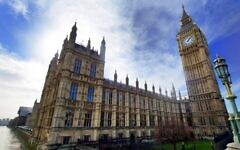 OPINION: What was not said during Daniel’s appointment was significant
Vivian Wineman