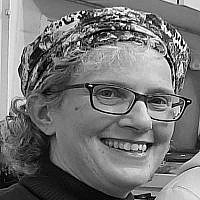 The Blogs
Hannah Katsman
Advocate for sex abuse victims
Apply for a Blog
Advertisement
Please note that the posts on The Blogs are contributed by third parties. The opinions, facts and any media content in them are presented solely by the authors, and neither The Times of Israel nor its partners assume any responsibility for them. Please contact us in case of abuse. In case of abuse,
Report this post. 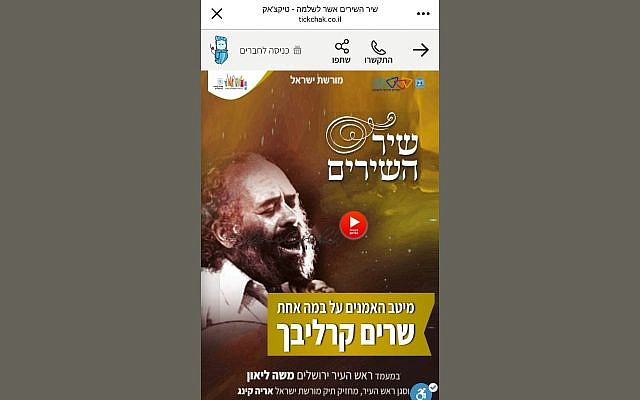 Flyer for the Jerusalem municipal concert honoring Shlomo Carlebach, with Mayor of Jerusalem Moshe Lion as a featured guest. (courtesy)

As the anniversary of the death of Rabbi Shlomo Carlebach approaches, a concert is planned featuring Jerusalem mayor Moshe Lion and supported financially by the Jerusalem municipality. But this event, while intended to share music and recall happy times, tramples on sexual abuse survivors.

Already during his lifetime, women began reporting that Carlebach had sexually abused them. Four years after his death, in 1998, Lilith Magazine published accounts describing Carlebach’s sexual advances. Since then, dozens of additional women have told of their experiences. They mainly describe similar techniques: tongue kisses, sexual fondling, and repeated late-night phone calls with sex talk, all unsolicited.

My friend AK, a distant relative of Carlebach, remembers attending a concert in London early in his career. Her father talked vaguely to her of his licentious behavior, very unsuitable for a rabbi. But no one warned the women and girls who flocked to his concerts in communities throughout the Jewish world, and some became victims.  For many of the women whom he preyed upon, the feelings of betrayal and shame run deep. They have not forgotten.

Many ask why it matters, after so much time has passed (Carlebach died in 1994). But the same can be asked of those inspired by Carlebach’s legacy. Why honor him Shabbat after Shabbat, year after year? If we believe that the positive effects of his life continue until today, we must also accept that the negative impact is felt just as strongly. Survivors are hurt whenever and wherever Carlebach is honored.

Mayor Lion and Deputy Mayor Arie King’s offices were informed last year about the serious abuse allegations against Carlebach, and the event’s harmful effect on survivors. Yet the municipality chose to repeat the shanda again this year.

Survivors of sexual abuse typically experience a variety of psychological and physical symptoms, including PTSD, which can be triggered simply by mention of the abuser’s name. What happens when they see the adoration accorded Carlebach: concerts in his honor, synagogues bearing his name, stories and quotes shared by rabbis and educators meant to inspire? We send the message that our community has failed to recognize their pain.

According to Shana Aaronson, Director of Israel’s Magen Crisis Center, survivors are hearing that message loud and clear:

Every time a large-scale event like this is publicized, survivors call. They are triggered by it, I hear questions like ‘What place do I even have in this community?’ ‘Do people care about my experiences?’ ‘Is there room for me in this — fill in the blank, Orthodox, Jewish — community?’

It sends a message about the priorities of the community. And survivors get that message. They see it. They hear it loud and clear. And it’s extremely painful for them.

The issue isn’t only this abuser and this concert. Carlebach is a symbol for many powerful leaders who have abused: they are revered for the good they have done, while the great harm they caused is ignored or minimized.

Whether talking about Carlebach, Chaim Walder, Yehuda Meshi-Zahav, ulpana principals or synagogue rabbis accused of abuse, we hear the same lines of defense. I’ll review some of them here:

None of these defenses holds water. They didn’t for Chaim Walder, they didn’t for Moti Elon, and they don’t for Shlomo Carlebach.

One in three women in Israel experiences sexual abuse in her lifetime, but only 6% of incidents will be reported to police. Abuse victims are our daughters and sons, parents and teachers, clients and social-media buddies. They pay attention to how we relate to Carlebach. We must be vigilant about sending the message to past and future victims that we will listen, we will believe, and we will help them with whatever they choose to do.

Fortunately, the situation is changing. Awareness is growing around the need to protect victims instead of abusers, whether alive or dead. Rabbi David Brofsky, an educator and rabbi based in Israel, writes:

I find the annual concert held in honor or Shlomo Carlebach to be distasteful, insensitive and even harmful. We cannot oppose sexual harassment, especially when perpetrated by a rabbi, and at the same time adore and emulate Carlebach. The inclusion and admiration of Carlebach as a rabbinic figure, especially when his victims are still among us, undermines our battle against sexual predators. I would like us to admire people worthy of admiration, and learn from those who are worthy of learning from; events like the Jerusalem concert send a horrible message to our community.

Our wish is that the needs of survivors be acknowledged by Mayor Lion and the city. Apparently, not enough of us have spoken up. We must send our own message, loud and clear! Let the Jerusalem municipality know that it is unacceptable to honor Carlebach, or any other known abuser. Where is the shame?

Help for survivors of sexual abuse:
In Israel:
Magen for Jewish Communities, 02-372-4073, support@magen-israel.org

In the US:
Amudim, 646-517-0222, https://amudim.org/contact/
Za’akah operates a helpline on Shabbat and holidays: WhatsApp and phone 888-492-2524
Important note for US victims of Carlebach or other abusers: The recently passed Adult Survivors Act in NY State allows those sexually assaulted as adults to file a case in civil court against assailants and institutions, beginning November 24, 2022, for a period of one year. Similarly, those abused while under 18 can file in CA until the end of 2022, and in CO until the end of 2024. These cases are generally taken on contingency. It is worth checking regarding other states as well. Contact info@zaakah.org for more information.

Thank you to Malka Levine for contributing to this article.

About the Author
Hannah Katsman is an advocate for abuse victims and a writer. Her work on parenting, public health, women’s rights and sex abuse has appeared in The Forward, Times of Israel, Jerusalem Post and Jewish Telegraphic Agency, and on her websites AMotherInIsrael.com and CookingManager.com.
Related Topics
Related Posts