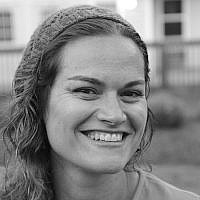 The Blogs
Shira Hecht-Koller
Apply for a Blog
Advertisement
Please note that the posts on The Blogs are contributed by third parties. The opinions, facts and any media content in them are presented solely by the authors, and neither The Times of Israel nor its partners assume any responsibility for them. Please contact us in case of abuse. In case of abuse,
Report this post. 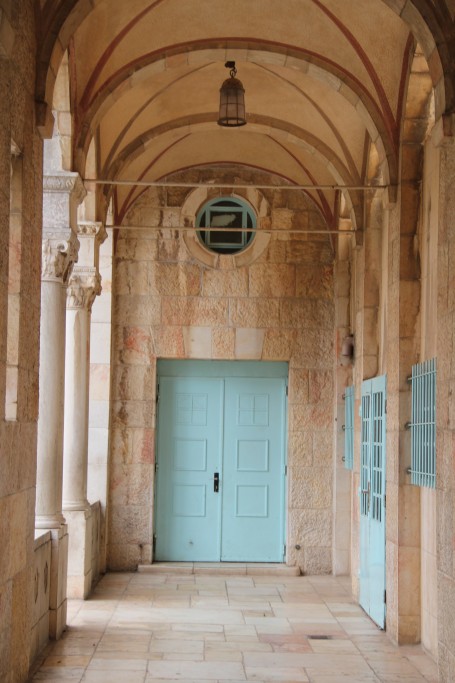 The Jerusalem Open House Festival (“Batim M’bifnim”), gave residents and tourists alike the opportunity to explore the rich architecture of the city, offering inside views into more than 100 public buildings, homes, houses of worship, and historical monuments, all showcased in a celebration of its urban life and history. The dualities and ambiguities of Jerusalem, reflected in its contrasting architectural motifs — religious and secular, old and new, east and west, traditional and modern — were on full display through a rich and diverse tapestry of style ranging from structures that date back to the 19th century BCE to 21st century contemporary buildings. Tours, lectures, and guided visits were free and open to the public all across the city and its environs.

For me, visiting a number of the sites on a private tour with a group of foreign journalists from Italy, France, Germany, and Russia here to cover the festival, was a unique opportunity to, in the words of Alon Ben-Nun, curator of the exhibit, “explore architecture in the flesh” and think about the relationship between physical space and personal identity. It is something I think about every time I enter a new space, as I look around and reflect upon the history, design, construction and function of where I am standing. I am not an architect, an engineer, nor an interior designer. I do not draw plans, measure angles, nor regularly consider the support beams that stabilize my home. Primarily, I am a teacher of texts. And in such capacity I think about how space informs our practice within. I look to foundational texts in biblical and rabbinic literature for conceptual frameworks as to how physical space shapes and molds our social, intellectual and spiritual lives. I wonder about the extent that our physical environments influence our discourse, and shape our identities and communities.

Most recently, as I have uprooted my family from a newly constructed home in NYC, relocating them for an academic sabbatical year to a different space thousands of miles away, I have thought about the way that crafting new space poses challenges but also fosters growth and affords opportunities for reflection, building on pre-existing foundations, but always enabling us to add touches of our distinct selves wherever we go. As I visited the different sites as part of the festival and listened to the tour-guides, architects and designers share their knowledge and expertise, these were the themes that were front and center on my mind. 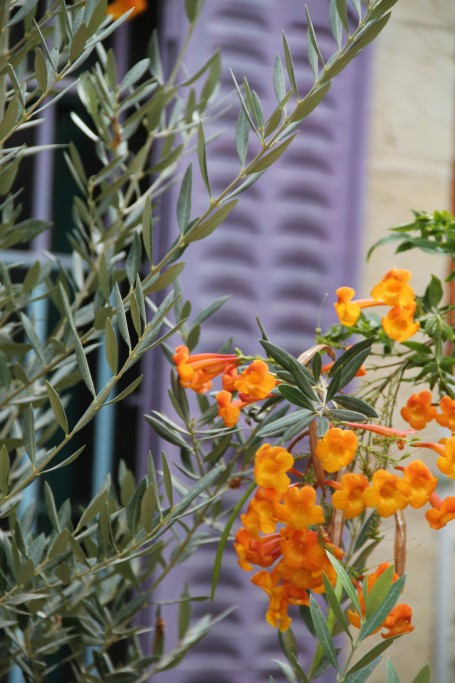 Some personal highlights from the festival include:


JVP is housed in a unique physical space, located in the renovated national Mint of the British Empire, built in 1937 and abandoned by the Israeli government in the 1980s. After extensive preservation and renovation efforts, in 2008, JVP’s venture capital fund offices, the JVP Media Labs incubator and leading portfolio companies moved in. It is a creative and buzzing space where ideas are incubated and a wealth of experience is shared, reflecting an ethos of cutting-edge innovation alongside rich history and legacy. 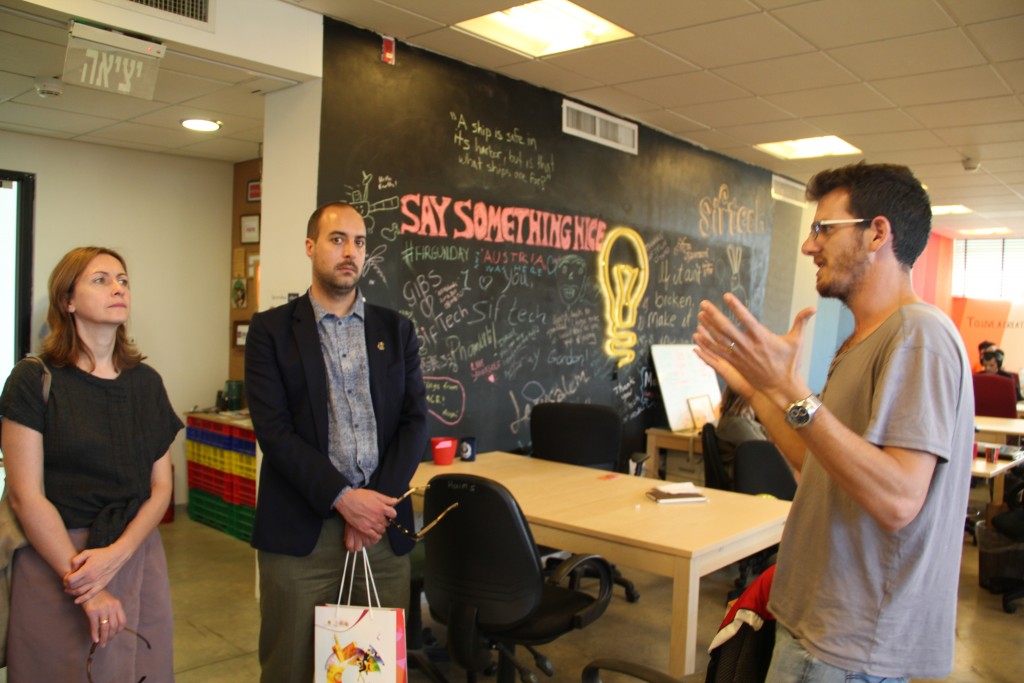 2. A tour of The Mount Zion Hotel, with its captivating views of the Old City overlooking the Hinnom valley:

The hotel is one that I often pass on my morning jogs, admiring the sparkling water of its pool and bougainvillea gently cascading down the side of its stone walls. On this visit, I learned that its beauty and charm are matched by its multi-layered history. Built in 1882 by a British charitable organization as an ophthalmic hospital serving Muslims, Jews, and Christians from all over the Middle East, is was taken over during World War I by the Turks and turned into an arms warehouse, with many parts of it destroyed as a result. During the War of Independence in 1948 contact with Israelis in the Jewish Quarter of the Old City was possible only by a cable car, running from a mount on Mount Zion to a room in the old hospital building. It was secretly used in the middle of the night to transfer medicine and arms and bring the wounded to the hospital. During the day, the cable car was lowered so that it would not be noticed. In 1986 the building was purchased and renovated as a hotel. With its nooks, arches, alleyways and stones, it is a place that is quintessentially Jerusalem. 3. The opening ceremony of the festival at the newly renovated Ticho House:

The official opening of the festival, at which Jerusalem Mayor Nir Barkat and Director of the Israel Museum James Snyder spoke about the multi-faceted and rich cultural identity of the city, took place at the newly renovated Ticho House in downtown Jerusalem. The historic house was one of the first homes built outside of the Old City walls during the 1860s. In 1924, it was purchased by Dr. Abraham Albert Ticho, an ophthalmologist, and his wife, Anna Ticho, an artist. The first floor of the house was used as a clinic, where Dr. Ticho served the population of Jerusalem until his death in 1960. The home was a central meeting point for government official, artists, intellectuals, writers and academics whom Anna hosted regularly. Upon her death, as a token of her love for the city, Anna Ticho bequeathed the house, all of its collections, and its library to the people of the city, to serve as a public center for art under the auspices of the Israel Museum. After an extensive renovation the house has been re-opened to the public with re-furbished galleries, a permanent exhibition about the Ticho family and ample space for temporary exhibitions. A restaurant will occupy the upper floor, which now reveals original frescoes on the ceilings, uncovered during the renovation. 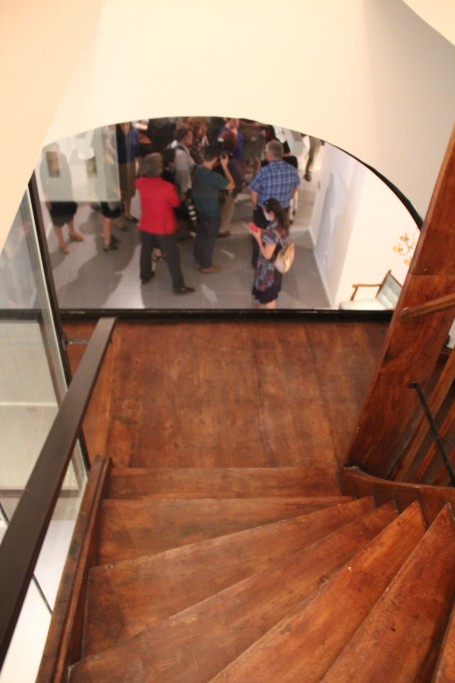 In this workshop, called “In the Footsteps of American Colony Photographers: Ancient Homes and Veteran Photographers” I joined a small group of participants to explore history and photography both in the studio and in the city. After a pointed and well-developed lecture and presentation by Yaal Herman, we focused on tracing the techniques and subjects of a variety of old photographs taken in Jerusalem and then set out for a hands-on experience in the field to try and re-create them. This was followed by a wrap-up session where the results were displayed, critique on style was offered, and comparisons were made. Seeing the evolution of the city through the lens afforded us an opportunity to think about what things have changed and what has remained constant over the course of more than a century.

Yaal’s studio and gallery are open to the public, with fine art photography and commissioned works available for purchase. Evening photography courses are offered, as well as tailored photography tours for groups and individuals in Jerusalem and throughout Israel. For more information on classes and tours see the gallery website. 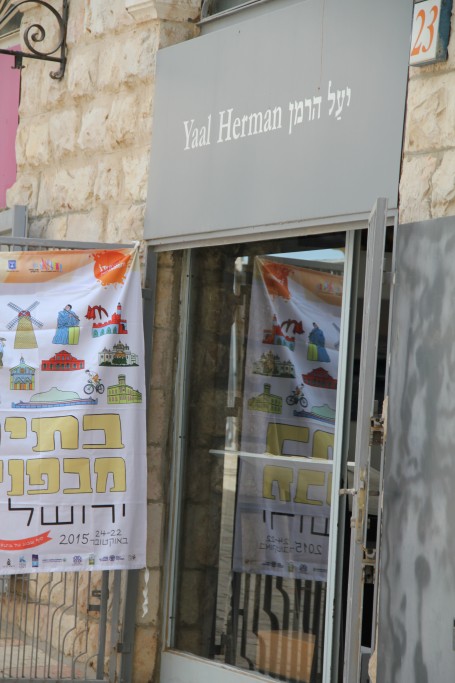 Over the past few weeks, like many here, I have spent much of my time walking outside looking over my shoulder, clutching my children close to my body, and constantly on the lookout for a suspicious object or person. I have been walking with tunnel vision, not allowing myself to lose focus or get distracted from the task of getting from one point to another safely. But over the past few days, I have spent many hours walking outside, wandering, exploring, breathing deeply, temporarily forgetting the fraught moment we are in, and paying attention to the cracks and crevices in the stones, the knots and striations in the planks of wood, and enjoying the wealth, wonder and beauty of the physical and spiritual space that is Jerusalem.

And as I have walked, and continue to walk, I recall the following passage from the Babylonian Talmud (Ketubot 111a): “Said R. Jeremiah b. Abba in the name of R. Johanan: whoever walks four cubits in the Land of Israel is assured of a place in the world to come.” Commentators offer different interpretations as to what this statement means, but for me, right now, during these difficult times, it serves as reminder that to hold onto my life I need to go outside, and together with others, celebrate the grandeur of this city, walk its cobblestone streets, examine its stones, traverse its paths, and probe its architecture, beauty and spiritual dimension with my feet. If you missed the festival this year, rest assured, the streets are here, waiting to be explored. 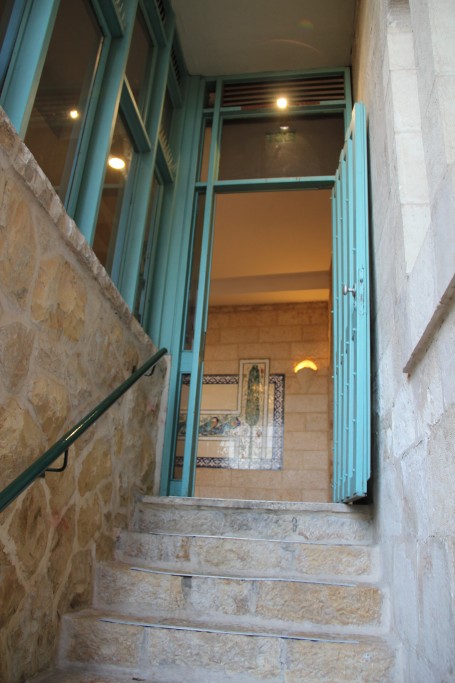 About the Author
Shira Hecht-Koller is an educator, attorney and writer. She is currently Director of Education for 929 English, a platform for the daily global study of Tanakh and is a faculty member at Drisha, where she teaches Talmud and designs immersive text study experiences. She has taught at SAR High School and practiced corporate intellectual property law at Debevoise & Plimpton, LLP. She teaches, writes and speaks on topics of Bible, Jewish law and creative living. She is also a graduate of the Bruria Scholars Talmud Program at Midreshet Lindenbaum and holds a certificate from M²: The Institute for Experiential Jewish Education. She is an avid tennis fan, an amateur photographer, and more than anything, she loves learning about and exploring the world with her husband Aaron and children Dalya, Shachar, Amitai and Aiden.
Related Topics
Related Posts
Comments