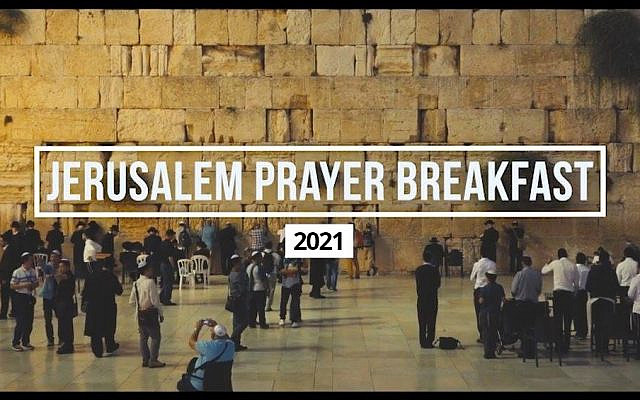 Israel has faced many challenges this year, including dealing with pandemic, war and political unrest. Like many years before, religious and political leaders, both Jews and Christians are gathering to pray for the peace of Jerusalem during the annual Jerusalem Prayer Breakfast (JPB) on June 9 and 10.

The event’s founder, Albert Veklser, explains that the breakfast is all about obeying the biblical command to pray for the peace of Jerusalem. “Prayer works and prayer has been bringing miracles,” Veklser said. “Of course, we need to repent of our wicked ways and our sins and [God] said he would heal the land. And I think this healing is needed not only here in Israel, it’s needed everywhere all over the world.”

Those who wish to join can watch it online. The event will live be streamed on its official website and Facebook

“We make most of the program available online and we would encourage people even to gather in groups,” Veklser said.

“We would encourage people to take these two days, June 9 and 10, [to pray] especially for the peace of Jerusalem,” said Veksler, who is counting on people from 100 different nations participating.