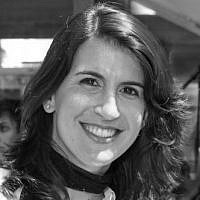 The Blogs
Danna Hochstein Mann
Apply for a Blog
Advertisement
Please note that the posts on The Blogs are contributed by third parties. The opinions, facts and any media content in them are presented solely by the authors, and neither The Times of Israel nor its partners assume any responsibility for them. Please contact us in case of abuse. In case of abuse,
Report this post. 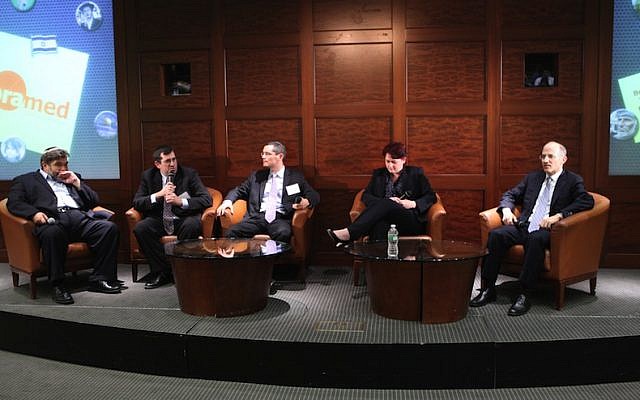 A rabbi, a priest and a politician walk into a room in Jerusalem and….. talk startup investing with a thousand other people. This is what happened at OurCrowd’s first annual Global Investor Summit held in Jerusalem last week. Israeli Arabs were there as well, I’m just not sure if one of them happened to be an Imam.

I led the planning of this Summit and knew all the details leading up to it inside out. I checked in daily on the stats of registration numbers, registrant professions and job titles and countries of origin, and I was still overwhelmed at the results this past Tuesday. Individual and corporate investors came from 27 countries to learn about startup investing, meet fellow angel investors and Israeli entrepreneurs, and mingle with the Israeli high tech ecosystem. Deals flowed, investments were made in OurCrowd portfolio companies on mobile phones, new partnerships were formed and relationships struck. People spent the night in Jerusalem and scheduled other meetings to take place throughout the day at the Inbal Hotel, where the Summit took place. The place was buzzing. As a venture capital professional most of my career, a social entrepreneur and a local activist I was beyond moved. I was ecstatic.

But I was also intrigued. What happened here? While, thanks to the Jerusalem Development Authority and its JNext initiative, tech entrepreneurship in the city is seeing unprecedented growth, Jerusalem is definitely not the capital of the Startup Nation. Moreover, for years I’ve been hearing from colleagues and partners, as well as from job seeking professionals about the struggle to justify a presence in Jerusalem. Many Summit invitation recipients double checked that we were indeed planning on holding the event here and more than one Summit attendee mentioned this was his/her first time in Jerusalem in ten years. Ten years!

And yet, despite recent violence, which has been significantly magnified by the media, 1000 people came to the Summit in Jerusalem, more than 200 from abroad and three different delegations incorporated it into their schedule, and this was only the first year it was held. What did we achieve here, and what lessons can be learned from it?

Jerusalem’s Mayor Nir Barkat highlighted tourism as a development priority in his municipal strategy for economic stimulation. He talks about Jerusalem being the most well-known brand in the world and the number 1 worldwide destination of choice. As part of this strategy, he appointed the unstoppable Ilanit Melchior as Director of Tourism at the JDA and together they invested in bringing here the Formula 1 races, built the new sports arena and founded the Jerusalem marathon.

OurCrowd’s Summit demonstrates that there are additional assets that can strengthen Mayor Barkat’s strategy and that if the content is strong and the marketing right, the city can attract tourism of influential caliber.

Jerusalem is home to the heart of Israel’s government and justice systems, to leading hospitals with research centers, think tanks and Nobel laureate producing academic institutions. If indeed people from around the world are seeking to visit Jerusalem, then business and professional travelers, who generally also have more resources to spend while here, can become low hanging fruit. We should see more international conventions and conferences taking place here in the areas of government, economics, law, health and academia, as they used to. The municipality can go beyond the financial incentives already in place and proactively encourage the local and other institutions to take advantage of the incentives and to initiate events here. They can create a calendar with all such events by industry and topic and encourage tour operators (many of which are based here) to visit the calendar and include them on their tour schedules. They can design an incentive program around foreign speakers to make it easier to attract top tier speakers, many of whom cost a great deal to bring in.

And first and foremost, the municipality needs to see to it that as soon as possible, there is at least one large venue with state of the art conference facilities in Jerusalem.

To close, the necessary caveat – we may have gotten a few more people in the room if the Summit took place in Tel Aviv or Herzliya. We can’t know that for sure, but I assume it is true, albeit an insignificant amount. Perhaps we’ll try it there next year, but if the proper facilities are in place by OurCrowd’s second Annual Global Investor Summit, I’m certain we won’t need to.

About the Author
Danna Hochstein Mann is a Partner at OurCrowd and Global Head of Investor Relations. She is also Chairperson of the Board of PresenTense, a social entrepreneurship organization, and a local Jerusalem activist. Formerly, she was VP of Business Development at JVP Properties.
Related Topics
Related Posts
Comments