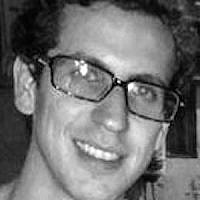 The Blogs
Shlomo Wiesen
Apply for a Blog
Advertisement
Please note that the posts on The Blogs are contributed by third parties. The opinions, facts and any media content in them are presented solely by the authors, and neither The Times of Israel nor its partners assume any responsibility for them. Please contact us in case of abuse. In case of abuse,
Report this post.

They say that when one writes an article or book, he or she should wait until the end to decide on a title. This allows one to write without hindrance, free of a title dictating a particular path. That mouthful of a title that you see above was borne out over the last few weeks, as I listened to countless conversations that revolved around one key question: When is the best night to go to the wine festival?

As an Israel wine bottle etiquette expert, I felt it important to come forward and write a breakdown of each of the four nights of the wine festival. I am going to describe in too-great detail what are the pros, cons, and general elements of Monday, Tuesday, Wednesday, and most importantly, Thursday. Why? Because Jerusalem needs it. And I’ve stared down many a wine pourer. For this to work, I am going to have to take an unbridled journey into the socializing souls of wine festival attendees. Call it an exegesis.

The funny thing about Monday is when you tell someone that you are going to the wine festival on Monday night, they respond with “Mondayyy….really…interesting…how come??”. It’s as if going to the wine festival on Monday is the equivalent of showing up to a 9 PM party at 9 PM, when the host is still tidying up and preparing. Let me explain why this notion is a fallacy.

The idea that no one goes to the wine festival on Monday because there are three other nights to choose from, all of which are later in the week and as a result perhaps more fun, actually holds some weight — in theory. But not for the wine festival. Two common complaints about the wine festival are that it’s too crowded (which means long lines), and that wine pourers are too stingy with their wine pouring.

Both of those arguments are moot on Monday night. It is less packed, which means more wine more quickly, and more importantly, wine pourers are not yet jaded. They have yet to face throngs of loud Anglos shouting “efshar od” after receiving their miniscule wine samples. Monday night is a new beginning for wine pourers, still naïve and chipper enough to think that their upcoming four nights at the wine festival will be pleasant. Hence, they are more generous on Monday night, and only on Monday night.

In terms of attendees, I do believe that those who attend on Monday night are of the curious, adventurous, and non-conformist bent. Sure, everyone is going on Thursday, and I may go Thursday as well, but Monday night is different. No one seems to go then, but it is opening night. Let’s be brave and see what it’s about.

Rachel Jaret, a former Jerusalemite who moved to Tel Aviv, goes as far as to say that Monday night goers “are the type to have tasted real wine in Napa Valley and know someone who went to summer camp with Chuck Schumer.” Is Rachel referring to Bernie Sanders?

The Tuesday night crowd is fascinating. This is because it represents all facets of society. Now, I’m currently struggling to put this into proper words to convey my thoughts here, so I’m going to have to change the font from Times New Roman to Calibri. (Side note observation — Calibri has made an impressive run in recent years. Back in the day, everyone thought Times New Roman and Ariel were the only two reputable fonts, but Calibri has surged in recent years. Why? Probably because it is sleek, respectable, and not threatening).

And in some ways, Tuesday night is the Calibri of all four nights. This is because it has that “it just makes sense” aura to it. But the real reason that Tuesday night has become more popular of late is simply a matter of deduction. It’s not Monday night, because going on Monday night might be too eager for some. And it’s not Wednesday night, because why would you skip the first two nights of the biggest social event of the year? And Thursday is cliche, because everyone goes Thursday. And that leaves Tuesday night.

To be fair, there are other elements at play. Tuesday night is the one night where the museum galleries will be open (though if that’s your reason for choosing Tuesday I question your artsiness and claim you to be a hipster). Also, Tuesday is the logical choice for anyone planning a second night in addition to Thursday, because of course, Monday is too eager.

Tuesday night is part James Franco, a shot of Ellen, shades of Neville Chamberlain, all whipped up into the machinating mind of George Costanza.

For all the married couples who have begun calculating the cost of the evening and decided that between buying two tickets, taking cabs, and paying a babysitter isn’t worth it, and it would be more prudent to stay at home and drink wine on a comfortable couch for a fraction of the price, I ask you to reconsider. It’s a dangerous game when you start to calculate and rationalize. Soon you’ll be saying “why should we go to the movie theater when we can watch a perfectly good copy on our 14 inch laptop”, followed by “why should we go watch Seinfeld perform live when we can just download the audio”. It’s a slippery slope, and the Jerusalem wine festival deserves better.

What happens if you replace your caps lock button with a colon and add some hem to the month after April? Yepppp. Thursday night is ::mayhem:: Some like to call it the Super Bowl of events. The problem with that analogy is that many Super Bowl viewers don’t watch the game, but will indeed be in the vicinity of a televised game because it’s a “thing”. At the wine festival, on the other hand, one will be hard pressed to find a poor sap who isn’t aggressively partaking in wine consumption. I prefer to liken it to the World Cup. Scores of Anglos and Israelis from all over gather together with a laser-like focus of getting more wine.

To be fair, there are folks like Hannah Schneiderman, a Jerusalemite currently visiting her home state of Texas and as a result is experiencing transatlantic FOMO, states that “the wine tasting takes priority over getting hammered” which is why she would ideally avoid the mayhem of Thursday night. But that’s the point, Hannah! Thursday night is a delightfully jolly mess of wine and people.

And with more wine comes more socializing, more hi – hellos, and more run-ins with acquaintances. The hi-hellos soon turn to hey – how are yous, all the while witnessing the occasional sound of a brittle wine glass shattering on the ground, cacophonous laughter, puzzled Tel Avivians miffed at the Jerusalemites having a crassly great time, security guards coming out from the woodwork to tell you that you can’t sit on that gigantic rhombus-shaped structure, trays of cheese being passed around as if its standard for a weeknight, listening to wine pourers yap and yap about God knows what when all you want is a measly drop of wine, bumping into people due to a combination of uneven ground and wayward rocks, all while your brain’s right hemisphere continues to laugh, and laugh, and laugh.

All of this takes place with thousands of people milling about, in good spirits, looking to enjoy the night. And though it is unlikely that Israel will ever be granted the opportunity to host the World Cup, I think it’s going to be okay, because we have our own World Cup.