It doesn’t take much nowadays that, no matter where you start a conversation or begin to write something, it almost always ends with some connection to The Virus. So, too, with this Dvar Torah. By now, we are seasoned Virusniks with our gloves, masks, sanitizers, wearying vigilance, and disrupted life-plans. 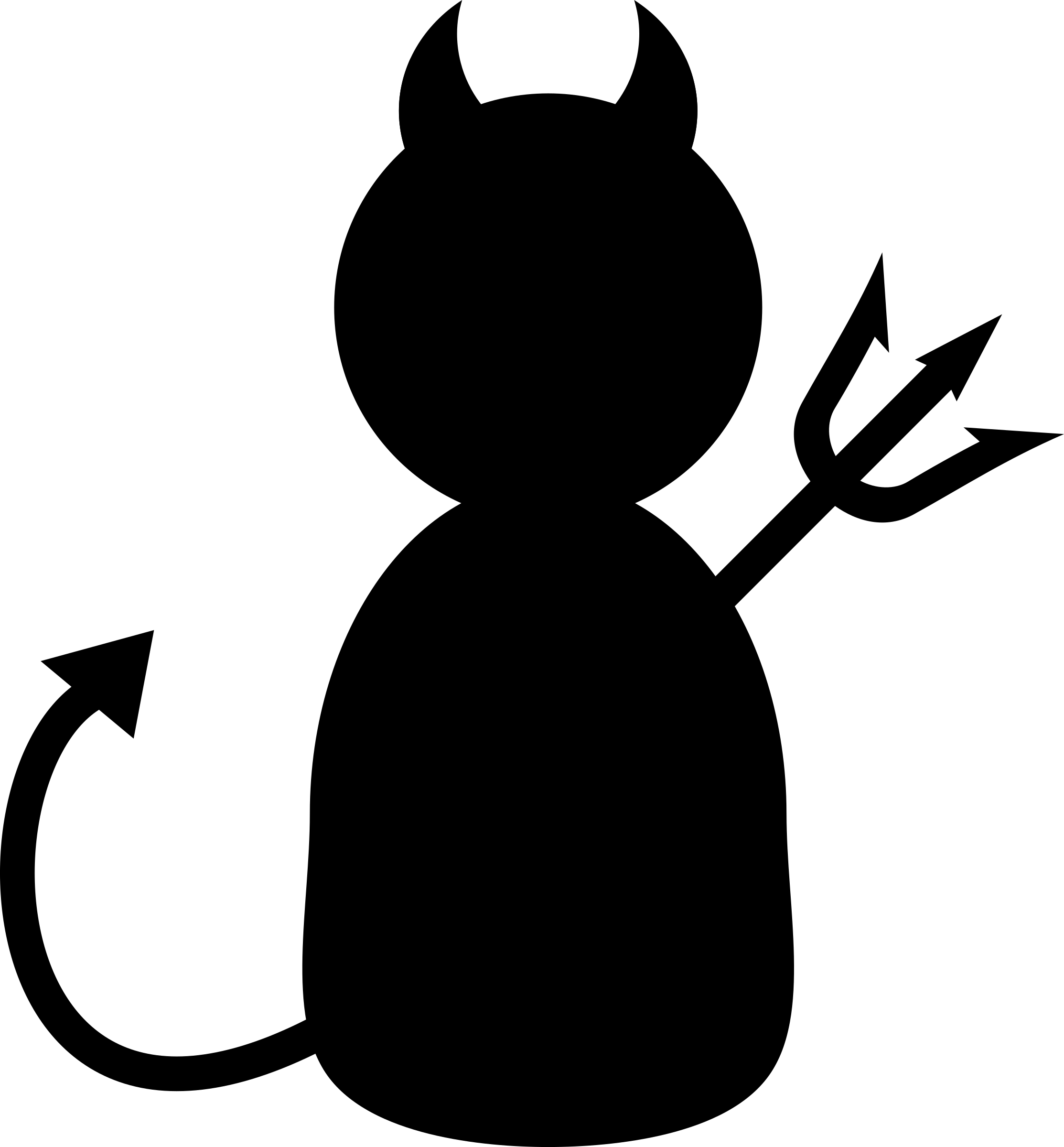 Alef: This one begins when I was looking up the meaning of a word in the Talmud by referring to Michael Sokolov’s A Dictionary of Jewish Babylonian Aramaic.¹ I noticed on the same page another word, which Sokolov translated as “a type of demon”. Leafing through the huge three-pound volume, I saw several other entries with the same definition, more than I ever expected.

Bet: After being sidetracked this way, I settled into a one-line story in the Talmud (Ta’anit 28a): Rav Sheshet was somewhere outside his home when he saw (i.e., sensed the presence of — since he was blind) the Angel of Death. He shouted at the Angel, “In the street like an animal?! Come home with me!”

On the surface, this looks like one of those frequent Talmudic-Midrashic tales that have a touch of unreality to it. Yet, we know or have heard stories of critically ill people who told the family from their hospital bed, “Take me home” or, despite the considered prognosis, were determined to live to see their child’s wedding or granddaughter’s bat Mitzvah. So, in truth, the tale of Rav Sheshet is not so far-fetched.

Gimel: At this point, it would be good to list some select Halachic material and customs that can help guide us through the fog-like disorientation in our lives and the occasionally overwhelming maze of knowledge — both information and dis-information — thrown at us by the media and social media.

My purpose is not to present a systematic or exhaustive scholarly study, but rather is intended to explore how these examples might help us work through The Days (and now weeks) of the Covid-19 Virus.

Underlying my subject is a passage by the late Professor Jacob Milgrom,² the pre- eminent expert on Biblical ritual, who quoted the Assyriologist W. G. Lambert, “The impression is gained that everyday religion [in Mesopotamia] was dominated by fear of evil powers and black magic… the world was conceived to be full of evil demons who might cause trouble in any sphere of life.” That was how the pagans of the ancient near east dealt with the unknowns in life.

And that’s why all of the following laws and customs are listed. These practices were absorbed, crept into, intruded themselves, or somehow were deemed acceptable, – even authentically Jewish — from the pagan world. The most lucid and thorough Jewish sourcebook I knew and used was Joshua Trachtenberg’s, Jewish Magic and Superstition – A Study in Jewish Folk Religion.³

What is astonishing is that side-by-side with the wise life-guidance teachings in the Talmud, our mainstream Halachic and secondary sources, the books and manuscripts of customs, and Teshuvah literature, you can find borderline and over-the-line pagan practices.

Frequently, this can be understood in a historical context. For example, Sefer Hasidim (with its werewolves and witches, incuba and succuba) was written in 12th-13th century Germany. In 14th century Spain, Jacob ben Asher wrote the Tur code of Halachah, with all its powerful outside cultural influences. And one can only surmise what Kabbalah with its pandemonium of Shaydim and Mazikin (demons), the Ayin HaRa (evil eye) Ruach Ra’ah (evil spirit), and other such creatures and phenomena played a significant role in the consciousness of Joseph Caro and his chevra in 16th Century Tsefat.

Dalet: Here are a very small number of examples to consider, some of which, clearly defy logic or common sense. Admittedly in 2020, many seem harmless, and we should not take them seriously — unless they encroach on another’s dignity or wellbeing. 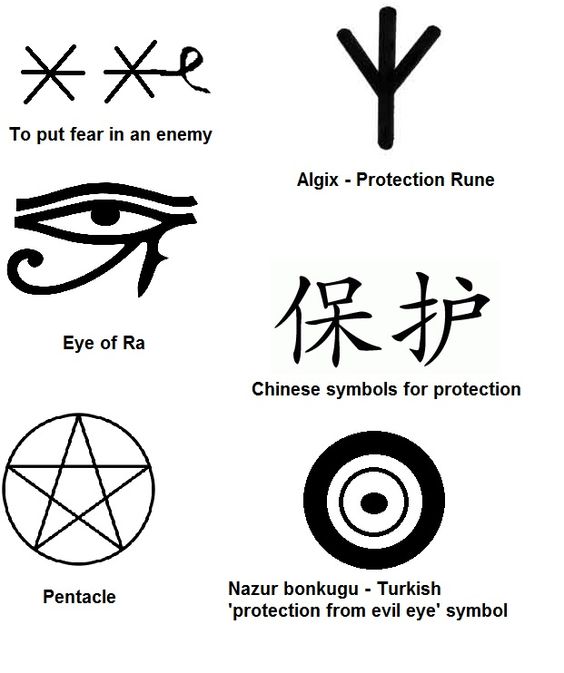 (1) Anti-demonics including salt, iron, the colors blue (which is why many doors in Jerusalem and Tsefat are painted blue) and red, noise, circles (bride and groom under the Chuppah), number of words in a prayer, order of words, combinations of letters, abusing God’s name in amulets, astronomy, numbers 3, 7 (good, fortunate), and especially pairs extremely noxious), the number equivalent of Hebrew letters like 18 (chai), and words and phrases, e.g., kaynahurra (from the Yiddish Kayn: “no”, coupled with Hebrew: Ayin Hara “evil eye”), i.e. “may the evil eye have no power over you”, “Poo poo poo”, even “Gesuntheit”;

(2) changing the names of someone critically ill to Chaim or Chaya to fool the Angel of Death who was looking for someone with a different name;

(3) not sewing a garment while someone else is wearing it;

(4) not leaving fingernail clippings out in the open lest a pregnant woman walking by miscarry;

(5) not allowing teachers to hit their students during the three weeks between Shiv’a Asar BeTammuz and Tisha B’av (6) in homes, businesses and public places – the chamsa, the protective magic hand.⁴

Hay: The Virus — We find ourselves confronted with A SUB-MICROSCOPIC THING THAT ISN’T EVEN ALIVE that seems to have sprung from The Dark Forces. It has challenged the entire world. As individuals, at certain moments our lives feel bizarre, unreal. Understandably, it has caused us at various times worry, fear, or confusion. The situation is often unsettling, deeply troubling, chilling, eerie, and seemingly arbitrary. It reminds us sometimes of the Bogeyman of our childhood. 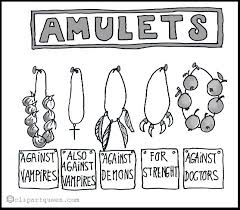 We feel like we are drowning in the flood of numbers, patterns, charts, analyses and fudged, false, and phony reports. What is abundantly clear is that, in this uncertain time, we are absolutely required to focus our best intellectual powers and ethical sensibilities to wade through and live by what we can best ascertain to be closest to the truth. Granted that in the 21st century all we have are our scientists (who have been wrong in the past – think pre-Copernicus, bleeding a sick patient, prefrontal lobotomies), still, they are the Talmiday Chachamim whose conclusions we must follow.

And most certainly now is not the time to retreat into irrationality nor play voodoo-like mind-games, and, most of all, not to sink into sloppy or irresponsibly toxic and possibly lethal actions that endanger ourselves and the lives of others.

Now, of all times, we are required — some might even say, commanded — to accept without complaint, grumbling, or low-key whining, living in Zoom reality, staying six feet away from others, wearing our masks and gloves, being vigilant about and sanitizing any suspect surfaces we touch, and washing our hands in very hot water many, many times no less than 20 seconds. And if there is any humor to this situation, let us hope someone will suggest an alternate tune to” Happy Birthday” to sing twice to fill the 20 seconds.

And may this plague soon pass from the earth. Amen.