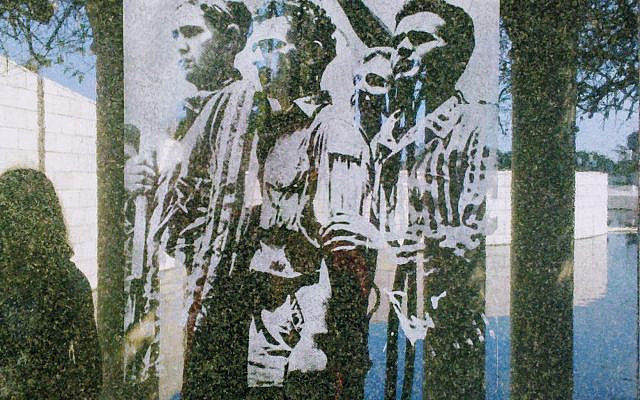 We were walking to synagogue today for Shabbat services, and were taken aback when out of the window of a speeding car someone yelled, “Heil Hitler!”

Maybe we really shouldn’t have been surprised because this was the fourth time in the last few months that someone has yelled out anti-Semitic rants at us either going to shul or on the way home.

Today, when I got to the synagogue I talked with the Rabbi and other congregants about this, and apparently, they have experienced similar incidents.  I also spoke to the police officer who stands guard at the synagogue.

Unfortunately, he told us that there isn’t much that the police can do because even racist hate speech is protected speech.  He mentioned that there was even a car with the back window filled with anti-Semitic hate words, including about the need to “eradicate the Jews,” and there was nothing that could be done.

I told the police that I am living in this area almost twenty years, and basically nothing like this ever happened until about six months ago, and it seems to be increasing in frequency and the vile level of expression of Jew-hatred.  Naturally, the congregants are all concerned, especially families with young children who came to this neighborhood because it is generally considered a nice, upscale area to raise a family in, just a short ride outside the Capital of this great nation.

While I value all the freedoms we have in this country, including the freedom of speech (especially as I am a writer), I am concerned that if the anti-Semitism can’t be addressed through law enforcement action when it’s at the verbal stage of offense then what does that leave—it has to escalate to violence for the police to be able to take action against the haters and perpetrators?

While we can’t have a society like in the movie “Minority Report,” that arrests and punishes criminals for “pre-crime,” it does seem that the laws of the land and the enforcement of those need to be able to adequately address expressions of hate and racism before someone walks in the synagogue doors, G-d forbid, with a couple of handguns, an AK-47, and maybe even some explosives, to show how they really feel about us.

Just 75 years since the Holocaust, we know all too well how anti-Semitism starts with expressions of open verbal hate, such as in Hitler’s Mein Kampf, and proceeds like the Nazi’s marching goose step to more extreme expressions in violent acts, first outside the law, and then in the radicalized legal expression, such as in the anti-Semitic Nuremberg Laws, marginalizing the Jews as not real Germans (and virtually subhuman), leading “naturally” to the Jews’ persecution and mass execution.

Just as it is illegal to yell “fire” in a crowded theatre and cause danger to the public, I believe that shouting vile hatred and incitement should be illegal for the same reasons.  We don’t need to be able to punish people for thought crimes, but we do need to be able to protect people from hate-mongers who are openly leading up to violent expressions of their deep-seated Jew hatred, by identifying hate speech as a bona fide illegal and punishable crime.