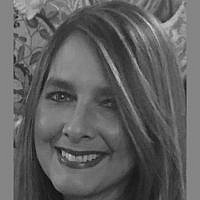 The Blogs
Lisa Shuger Hublitz
Apply for a Blog
Please note that the posts on The Blogs are contributed by third parties. The opinions, facts and any media content in them are presented solely by the authors, and neither The Times of Israel nor its partners assume any responsibility for them. Please contact us in case of abuse. In case of abuse,
Report this post.

Much has been written about antisemitism and the surge in antisemitic incidents recently. Yet given what we have seen in recent years, does “antisemitism” really describe the attacks and the motivation behind these attacks against Jews?

Over the years, the meaning of “antisemitism” has been diluted and, therefore, lacks clarity in describing violent and despicable acts and vicious language used by those who hate Jews just for being Jewish. We need to use a term that precisely and accurately describes what these heinous crimes and acts stem from: Jew-hatred, the hatred of Judaism and the Jewish People. The force and clarity of this term is undeniable. It suggests cause and motivation. There is no murkiness, just as attacks against Jews are not murky.

It is hard to escape this current climate of hate against Jews. According to preliminary data released on May 20, since the conflict in Israel began last month, there has been a dangerous uptick in violent attacks against Jews in American cities, more than 17,000 tweets which used variations of the phrase, “Hitler was right” between May 7 and May 14, 2021, and dozens of incidents of violence against Jews on America’s streets.

Many of the recent attacks against Jews in U.S. cities are being investigated as hate crimes. In suburban Chicago, a man smashed a window at a Skokie synagogue, leaving behind a broken a “Freedom for Palestine” sign beneath the shattered window. In New York, six men shouting “free Palestine” attacked two Jewish teenagers. In Los Angeles, a group of attackers assaulted Jewish diners at a restaurant.

The concept of hate-motivated crimes is not new. It is part of our lexicon, and we fully understand what is meant. Along with the COVID-19 Hate Crimes Act, Congress passed, and the President signed into law, the NO HATE Act just last month. “Hate” is in the titles of both bills. This is how we describe crimes against people because they belong to a certain group. Like so many Muslims, African Americans, members of the AAPI community, LGBTQ, and others who are victims of hate crimes because of who they are, Jews are being assaulted, verbally and physically, not for anything they did personally to their attackers, but because they are Jewish. Why would hate speech or hate crimes against Jews be described in any way other than Jew-hatred?

Lawmakers are reacting in a bipartisan way with statements and resolutions condemning antisemitism.

Nevada Democratic Senator Jacky Rosen, and Oklahoma Republican Senator James Lankford, co-founders and co-chairs of the Senate Bipartisan Task Force for Combating Antisemitism, led a group of 69 Republican and Democratic Senators and two Independents in introducing a bipartisan resolution condemning recent antisemitic incidents in the United States and around the world. The resolution calls on leaders to denounce antisemitism and take specific steps to address and prevent it.

A bipartisan group of 132 members of the U.S. House of Representatives sent a letter to President Biden urging him to swiftly implement the recently enacted COVID-19 Hate Crimes Act, establish an inter-agency strategy to combat antisemitism, and to expeditiously nominate the Ambassador at Large to lead the Office of the Special Envoy to Monitor and Combat Anti-Semitism at the U.S. State Department.

These policy responses are appropriate, necessary, and laudable. However, the use of the term “antisemitism” seems antiquated and does not adequately get to the heart of why there is a need for condemnation.

This latest round of hateful acts and words against Jews coinciding with the most recent conflict in Israel has renewed a sense of fear and anxiety in the Jewish community, both in the United States and around the world.

Perhaps we need to find a new way to talk about it. Perhaps it is time to be clear when we condemn attacks against Jews. It is time to call it Jew-hatred.

About the Author
Lisa Shuger Hublitz is the Assistant Vice President for Federal Government Affairs/Director of the Washington DC Office for the Jewish Federation of Chicago where she oversees all aspects of federal government affairs. Areas of focus include antisemitism and hate crimes. Prior to her current position, she was the Director of Public Policy at The National Campaign to Prevent Teen and Unplanned Pregnancy and before that the Washington Director of HIAS.
Related Topics
Related Posts
Comments