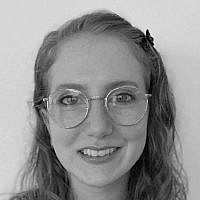 The Blogs
Rafaella Gunz
Apply for a Blog
Please note that the posts on The Blogs are contributed by third parties. The opinions, facts and any media content in them are presented solely by the authors, and neither The Times of Israel nor its partners assume any responsibility for them. Please contact us in case of abuse. In case of abuse,
Report this post. 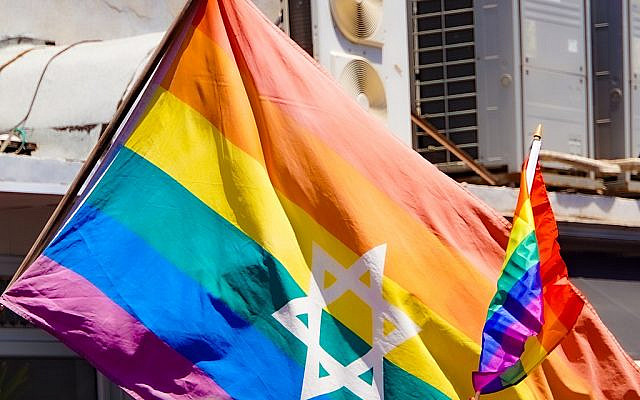 “The IDF’s various forms of purplewashing are exceptionally appalling because they’re used to erase the vicious occupation and continued displacement and systematic oppression of Palestinians,” the article in one of my favorite feminist publications read.

The accusation is that the existence of (oftentimes attractive) female soldiers in the Israeli Defense Force is merely used to cover up (“purplewash”) their abuse of Palestinians. Basically, Israel’s mandatory IDF service is only open to women to hide what the country does to Palestinians. Not because they believe in gender equality, of course. Because anything good Jews do must be for a secret, nefarious purpose, right?

Let me be clear: I know the relationship between Palestinians and the IDF is fraught, to say the least. And I do not agree with many of the actions taken by the Israeli government as it pertains to the Palestinian population. However, implying that Israelis only ever do good things in order to cover up for their misdeeds is antisemitic. It plays into the trope of the evil Jew and the global conspiracy myth.

The antizionist obsession with the various types of “washing” Israel does, (pinkwashing, purplewashing etc.), is a direct manifestation of the antisemitic belief that the Jew is inherently evil, and so any good deed a Jew does, must be for some evil ulterior motive.

“Since the Gospel of John, and especially since the fourth century, influential figures in Christian theology have associated Jews with the devil or with demonic elements. During the Middle Ages, Jews were frequently described as children of the devil, often portrayed with horns and bulging eyes, and associated with Satanic attributes, such as arrogance and devious logic,” writes Kenneth L. Marcus of the Louis D. Brandeis Center for Human Rights Under Law. “Similar depiction of Jews can be seen in Muslim texts from the twentieth century onward. In the contemporary world, these images are reflected in depictions of Jews, individually or collectively, as bearing cosmically malevolent characteristics. This can be seen in caricatures of Israeli and Jewish public figures depicted as devils or demons.”

Marcus says of the myth of global Jewish conspiracy that it can be traced back to the New Testament’s “imputation of responsibility to the Sanhedrin for calling for the arrest of Jesus.” However, “in its standard modern formulation, the Jews or Zionists form a powerful, secret, global cabal that manipulates governmental institutions, banks, the media, and other institutions for malevolent purposes, undermining decent values.”

So when folks point to the Jew among nations, Israel, every time it does something positive for its citizens or for society at large and accuses them of a cover-up, it leaves a bad taste in my mouth. This is especially true for those on the Left, who claim to value human rights. In fact, I propose that they are engaging in what one Twitter user coined as “Jew-washing,” or the practice of “attacking Jews for doing mundane things in order to obscure the Muslim world’s centuries of mass murder and horrific human rights abuses.”

Lest we forget how women and members of the LGBTQ+ community are treated in many of Israel’s neighboring countries. For instance, in Saudi Arabia, there is a male guardianship system enforced which controls every aspect of a woman’s life. This not being the case in Israel does not imply the existence of “purplewashing.” In fact, the accusation of purplewashing is pretty sexist in and of itself as it implies that women enjoying equal opportunities are just pawns and not really thinking for themselves.

In countries like Egypt and Syria, LGBTQ+ activity is punishable by imprisonment. Meanwhile, in Iran, Saudi Arabia, Qatar, and the UAE, it is punishable by death. There’s a reason why so many LGBTQ+ individuals from the Middle East and North Africa seek asylum in Israel. While Israel is far from being perfect when it comes to LGBTQ+ equality (same-sex marriage is recognized but cannot be performed in the country, for example), it is still lightyears ahead of so many other countries in the region.

Oh yeah, and the Muslim world is still heavily involved in the human trafficking of Africans. Take the modern-day slave trade occurring in Libya, for example. And yet no one is proposing we boycott, divest from, and sanction (BDS) that nation.

Where’s the Western Leftist outrage at any of these atrocities? Similarly, why do we hear silence when it comes to the genocide China is actively committing against Uyghur Muslims? There’s no calls to boycott goods and even people from China, like there have been calls to “BDS” Israel for its alleged “ethnic cleansing of Palestinians.” To many, this boycott of Jewish goods, technology, lifesaving medicine, and academic minds harkens back to the days of the Nazi boycotts of Jewish businesses. But BDS doesn’t help Palestinians in any meaningful way. In actuality, all the BDS movement has accomplished is hurting Palestinians on the ground and creating a hostile environment on Western college campuses for Jews, especially Israelis. Take, for instance, the closure of the Sodastream factory in the West Bank brought on by BDS activism, which resulted in hundreds of Palestinians losing their jobs. Or the fact a Mizrahi Israeli can’t even speak about his family’s experiences to college students without chants of “From the River to the Sea” disrupting him.

And please, can we stop pretending as if Palestine was ever progressive? Just check out Amnesty International’s report on how Hamas and the PA crackdown on dissent, perpetuate violence against women, and deny LGBTQ+ people equal rights. Why is stanning these repressive, authoritarian regimes the Left’s cause du jour? And where’s the energy for Palestinians who are trapped in Jordanian refugee camps? Oh, I get it — you only care about Palestinian suffering when Jews can be blamed, hence the apropos term “Jew-washing.” The Palestinian people deserve better than such performative activism.

But hey, with all this “washing” Israel allegedly does, it must be the cleanest nation on the planet. And if being a country that provides rights to all its citizens and promotes green living is “evil,” then rub-a-dub-dub I guess.