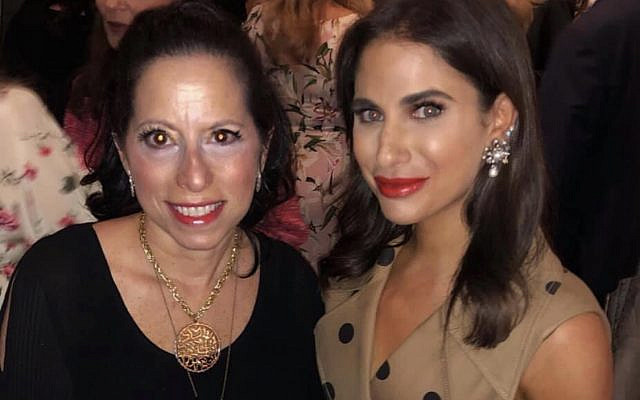 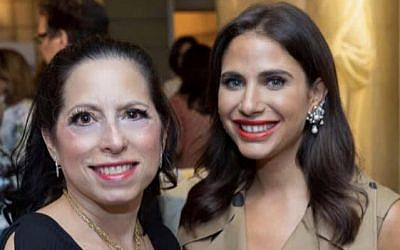 I recently read a Page Six article featuring what sounded like complaints from Lizzy and Ira Savetsky about how they feel they were ignored by Bravo television.

Why are they surprised? Didn’t they read my article from 2021: 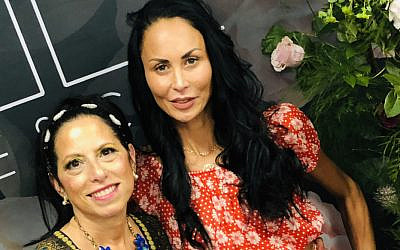 Haven’t they put on Bravo on Demand with the first commercial supporting Black Lives Matter, a group whose leadership is not only under investigation for possible mishandling of funds, but is an organization that supports Palestinian lies against Israel and seems silent on the Black on Jewish hate crimes across the country reported on daily?

Andy Cohen represents the mindset of most Jewish public figures….it’s ok to flaunt our Jewishness in culture but support every cause but Jewish laws and issues first. No Mazels here!

Judaism is a religion, not a fad or a scripted television show. We have laws, history and cultural practices. We aren’t a trend. We aren’t a screenplay written for Oscar consideration. We aren’t a brand that sells today and goes bankrupt tomorrow.  Nothing comes between us and how to believe in God and waiting for Moshiach to come!

Washington is no different. How can we explain that while the Biden administration has so many Jewish appointees and elected officials, it has the worst policies towards Israel and alarming antisemitism ongoing.

Unfortunately, Jews are partly to blame. I recently started touring and discussing are Jewish celebrities and influencers helping stop antisemitism or indirectly enabling it?

Here is the problem. Everyone is so hungry for acceptance and status that they don’t educate themselves. And, how should they educate themselves when public schools, mainstream media and rabbis which are mostly liberal and biased don’t know facts or deliberately twist them into believable opinions.

Rallies, press conferences and protests have proven to be useless, if not destructive, other than to give its organizers some attention. If not enough people show up, the other side takes advantage. They also produce no legislation or disciplinary actions.

Why should anyone support AIPAC when it does almost nothing. In 2015, it raised millions of dollars to oppose the Iranian Nuclear Neal. They lost, but more importantly, it sent a mixed message. Past executives were photographed with President Obama supporting it.

Today, JCCs are running programs for toddlers featuring drag queens and celebrating Ramadan and Kwanzaa while not addressing the issues of destroying Jews today and successfully addressing them with action. How about addressing the questionable costs of kosher foods or why there is so much Black on Jew violence since we have videos to prove it?

ADL, AJC, and the Jews of Pennsylvania and Georgia need to explain their support for issues and politicians like Raphael Warnock and new squad member Summer Lee.

It’s not racist to speak the truth and support Blacks and other minorities. Our friends are Kathy Barnette, Congressman Richie Torres and Senator Tim Scott.

Celebrities like Steven Spielberg and Diane Von Furstenberg have to see that supporting issues and personalities two decades ago is simply different than today.

Who are today’s Jewish influencers and who do they actually have the power to sway? Grandmothers still love the borscht belt headliners, millennials are mesmerized by Lizzy and other young, beautiful creators of short videos. Family table discussions should include this topic and figure out who is really representing Jews to a non Jewish world.

Uneducated influencers and weak Jewish leadership equals more antisemitism. It’s the end of the year and as organizations request year end donations, question what their overhead is and if the leader, probably making a six figure salary is doing their job.

Real housewives actually don’t need Instagram to sell their Judaism. Real elected officials, especially Jewish democrats, should sponsor legislation and discipline The Squad. Republicans disciplined Marjorie Taylor Greene, who met with Louis Farrakhan, BUT Greene has an Israeli flag outside her office AND votes and sponsors bills that benefit American Jews and Israel.

Talk and reels are cheap. Education and action is priceless.

Don’t get me wrong. We have plenty of antisemitism in both parties, but the current party in power seems determined to push for fairness and benefits for every minority except the Jews.

Emhoff has been used as the White House voice of the Jews. I’m surprised Ashley Biden’s Jewish husband isn’t used as representing us since he is young and a doctor.

Emhoff recently held an antisemitism conference. It was nothing more than a publicity stunt since many Jewish leaders weren’t invited.

Emhoff is a Jew by birth only. He married not once, but twice non Jewish women.  His children were brought up not Jewish, a point his daughter proudly publicizes.

Coincidentally, Ella Emhoff has modeled for Balenciaga and has remained silent on the child bondage scandal.

Cindy Grosz is The Jewess Patriot, Today’s Jewish Activist syndicated through Conservative Television of America, Real Talk Radio and the Black and White Network.  The show streams through RokuTV, Amazon FireTV,  iHeart, Spotify and Deezer and out of Israel through Jewish Podcasts.   She ran for congress in 2020. She is the chair of Jewish Vote GOP and a Jewish advisor for many 2022 candidates.  Her lawsuit against the NYCDOE exposes scandals and corruption within public schools.  She can be reached through jewishvotecounts@gmail.com.

About the Author
Cindy Grosz is The Jewess Patriot, Today’s Premiere Jewish Activist syndicated through Conservative Television of America, Real Talk Radio and the Black and White Network. The show streams through RokuTV, Amazon FireTV, iHeart, Spotify and Deezer and out of Israel through Jewish Podcasts. She is the chair of Jewish Vote GOP and a Jewish advisor for many 2022 candidates. Her lawsuit against the NYCDOE exposes scandals and corruption within public schools and discrimination against Jews. She also writes about entertainment, food, culture and social issues.
Related Topics
Related Posts
Cindy Grosz