In my autumn years I have started to research into Jewish anti Zionism. It might seem a strange choice. After all, it is generally accepted that Zionism has swept the board inside the Jewish community -becoming the new Orthodoxy. If a member of the Board of Deputies of British Jews, for instance, were to stand up at a meeting and say that he does not believe in God,  eats ham on Yom Kippur and thinks the Bible contains nothing but bubba mayses- old wives tails, there would be distaste maybe, but nothing further and certainly, no calls for expulsion. If our mischievous deputy were to stand up the next month and declare that he did not believe that there should be a State of Israel or even only that he was a supporter of BDS against it, there would be immediate calls for his censure or expulsion.

It was not always so. Just over a century ago in the years leading up to the Balfour Declaration antizionists  were in control of the leading streams of British Jewry; the ultra orthodox, the mainstream orthodox, Reform Judaism and Liberal Judaism. They also dominated the Jewish establishment.  While often supporting Jewish settlement in Israel they were opposed to any attempt to create a political entity for them there. They organised groups to promote their ideas in the Jewish community, and in political  and intellectual circles. As such they must constitute one of the great failures of history passing from almost total domination to  marginalisation and pathetic insignificance in a couple of generations. Maybe it was this which kindled my interest in them. I and my family have always been attracted by losers even in our choice of football clubs to support;-and anti Zionists can rightly be seen as the Sunderland or Millwall of the Jewish community. 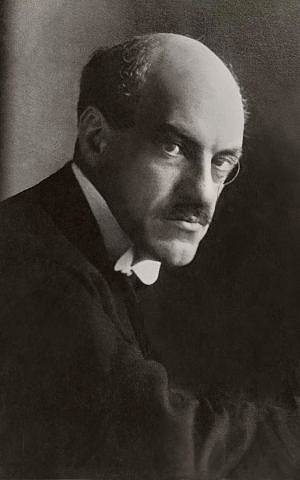 Their writings, though unsuccessful in the long term, were of high quality. An outstanding member was Edwin Montagu PC, Secretary of State for India and the third Jew to reach cabinet office in this country. He summarised their arguments in a memo to cabinet in August 1917.Some of his ideas such as the effect of the Zionist project on the Arabs of Palestine and the difficulties of getting the Arabs to acquiesce in a Jewish state have proved quite prescient. He was responsible for the two qualifications to the Balfour Declaration; that nothing should prejudice the civil and religious rights of the non-Jewish inhabitants of Palestine or those of Jews in other countries. In the main it would seem however that the debate between Zionists and their opponents was an internal Jewish matter. Antizionists argued on a theoretical level that Jews were not a nationality-an English Jew had no more in common with a French Jew than an English Christian had with his French co religionist.  On a practical level they saw Zionism as stimulus to antisemitism and as an obstacle to their great project of emancipation.

On these two grounds they have proved to be spectacularly wrong and possibly deserving of the wooden spoon that history has awarded them. The decades following the Balfour Declaration saw the rise of the most frightful antisemitism the world has ever seen. It would be very hard, however, to attribute this to Zionism. Although the ultra orthodox anti Zionists do blame the Zionists and even specific Zionist leaders for the holocaust this argument is not taken seriously outside their circles. Among the lurid accusations made against Jews dual loyalty did not figure very prominently. The antisemitic charge was not that the jews had a loyalty to an emerging political entity in the Middle East but that they had aspirations for world government. The Zionists did not provoke German antisemitism and were able to work with the Nazis on one aim they both shared,- to get Jews out of Germany.

More generally since the holocaust, whilst accusations of dual loyalty have surfaced occasionally, they have not proved a major obstacle to Jewish  progress in the diaspora. Norman Tebbitt’s cricket test was not directed at Jews and in any event has had little resonance. Edwin Montagu wrote that  the Jews by their efforts had earned the right to be citizens of this country. He thought that Zionists consequentially were not deserving of British citizenship. Underneath this argument lurks the notion of the emancipation contract. Britain and other Western democracies had extended the franchise and civil rights to the Jews and in return Jews were expected to be loyal citizens. Whether the idea of the emancipation contract was ever really accepted is a matter of keen debate between historians but no one would  take it seriously now. Political rights are a human entitlement, enshrined in numerous international conventions, not a gift from a merciful government for which the recipients must be duly grateful.

Ironically the one democratic country where this does not apply is the State of Israel. Arabs within Israel’s pre 1967 borders are full citizens automatically in accordance with Israel’s admirable constitution, but Arabs beyond those borders are not. Even in East Jerusalem, where Israel has claimed  full sovereignty ever since 1967,Palestinians are not automatically entitled to citizenship. They must apply for it and the criteria for evaluating such applications, are quite opaque. Inter alia, they must, unlike Jewish applicants renounce any other nationalities they may have and objections can be raised on such grounds as their knowledge of Hebrew or lack of it. As a result ninety  five per cent of the Palestinians of East Jerusalem are not citizens. As the Khazari king says to the Rabbi in Yehuda Halevi’s book, when you have the power, you will be no better. Like Montagu and others he was quite prescient.