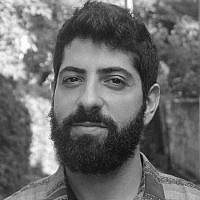 The Blogs
Corey Balsam
Apply for a Blog
Advertisement
Please note that the posts on The Blogs are contributed by third parties. The opinions, facts and any media content in them are presented solely by the authors, and neither The Times of Israel nor its partners assume any responsibility for them. Please contact us in case of abuse. In case of abuse,
Report this post. 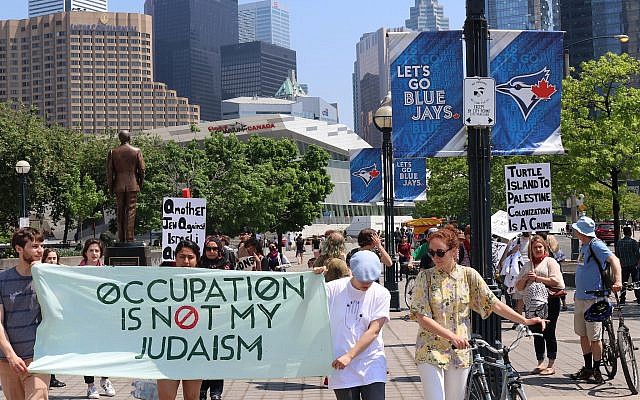 Jewish organizations that advocate for Palestinian rights like Independent Jewish Voices Canada—the organization for which I work—are often portrayed as small fringe groups by the Jewish establishment.

But just how marginal are we and our views?

A recent poll demonstrates that, rather than being on the margins, our views reflect a much larger proportion of Jewish Canadians than has been widely assumed.

The survey—conducted last summer by Canadian polling firm EKOS—asked a random sample of Jewish Canadians about their views of Israeli government policies toward Palestinians and other related matters.

Among the more striking findings is that nearly half of respondents (48 percent compared with 39 percent) believe that accusations of antisemitism are often used to silence legitimate criticism of Israeli policies. This comes as Canada’s biggest pro-Israel lobby group—the Centre for Israel and Jewish Affairs (CIJA)—has just launched a campaign to equate anti-Zionism with antisemitism.

A similar percentage (30 percent) see the Palestinian call for boycotts to apply pressure on Israel as reasonable, compared with 53 percent who see it as unreasonable. Granted, this is considerably lower than the 62 percent of Canadians who accept the legitimacy of Israel boycotts, but it hardly indicates the united Jewish front against BDS that some may have expected.

Furthermore, over a third (37 percent) of Jewish Canadians expressed a negative opinion of the Israeli government, whereas half viewed it positively. And in contrast to CIJA’s lobbying efforts to have the Canadian government recognize Jerusalem as Israel’s capital, more respondents opposed the US government’s decision to do so that supported it at 45 percent vs. 42 percent.

I’ll be honest. I knew that the critical camp had been growing, but I never expected us to rival the “Israel right or wrong” camp so closely. Jewish Canadians are, after all, known to be quite right-wing on Israel-Palestine, when compared with American Jews.

Evidently, those growing divisions on Israel-Palestine we’re hearing so much about in the US are happening up here in Canada too.

Much of the credit for this shift undoubtedly goes to Netanyahu and the Israeli government for being so—how shall I put it?—tyrannical. Netanyahu’s chummy relationship with some of the world’s worst demagogues and antisemites has surely pushed many liberal Jews away from Israel as well. With every racist law and every Palestinian protester (or hiker) killed, the more Israel is losing its Jewish base of support in the diaspora.

Jewish Canadians have been less vocal about their opposition than Jewish Americans have. But if this survey and the rise to prominence of a new Jewish left in Canada are any indication, an increasing number of us are going in the direction of our southern cousins.