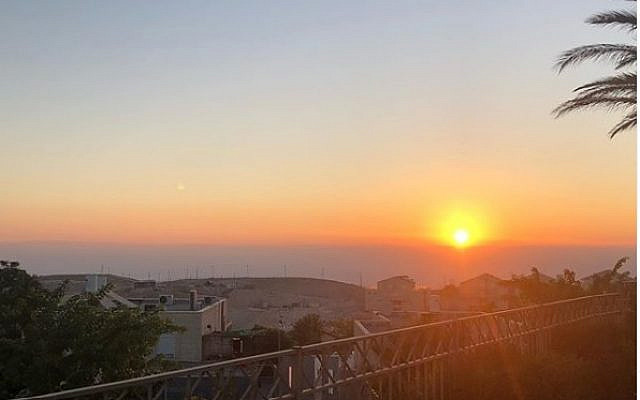 Imagine my horror upon reading an op-ed by a fellow rabbi aimed at cutting off funding to my children’s school. I sat stunned as I read his challenge to other Jews – Do you think Jews should settle in [Eretz Yisrael] and if not, what are you going to do about it? I’m paraphrasing because his actual words are too disturbing to quote verbatim.

Of course this isn’t the first time I’ve read American Jews stand against their brethren in Eretz Yisrael. While 95% of American Jews consider themselves pro-Israel, and the overall majority are incredibly supportive of us, some unfortunately don’t act the part. J-street falsely claims “Israel must choose among three things: being a Jewish homeland, remaining democratic and maintaining control over all the land between the Jordan River and the Mediterranean Sea. It can only have two — it can only remain both Jewish and democratic by giving up the land on which a Palestinian state can be built in exchange for peace.”

This claim is false for a number of reasons. First, it assumes that Israel must make a final policy decision today. The Israeli-Palestinian conflict is over a hundred years old and Israel has governed Judea and Samaria for over 50 years. Nothing will change in Israel’s character or its relationship with the Palestinians if the status quo remains for the next 50 years.

Second, the claim also assumes that a Jewish Israel can’t absorb more Arabs and provide a life happy enough for them to be satisfied Israeli citizens. Over the past 72 years Israel has proven that it can give Arab citizens reason to be loyal to a Jewish Israel. Poll after poll of Israeli Arabs demonstrates their preference to live as Israeli citizens under Israeli governance over the opportunity to live under the rule of the Palestinian Authority.

Finally, the J-street statement assumes that the future demographics in Israel would lead to an Arab majority and that given their majority, Arabs would take on Israeli citizenship and use democracy to change the Jewish nature of the state. It also assumes that Israel couldn’t creatively come up with solutions to preclude these things from happening. None of these are guaranteed outcomes. The uniqueness of Zionism is how it faces repeated existential threats and defeats them all.

There are many slates that are Zionist through and through and support ALL of Israel’s citizens. Now until March 11, Americans have an opportunity to shape policy in Israel and abroad by voting in the World Zionist Congress. My heart and values are aligned with the Orthodox Israel Coalition, Slate #4 a broad based group of Orthodox organizations which works to ensure the protection of my children’s school and of all Israeli citizens. I hope that in the World Zionist Congress Elections you’ll go to VoteOIC.org and vote OIC Slate #4 to secure the safety and security for all Israeli citizens.