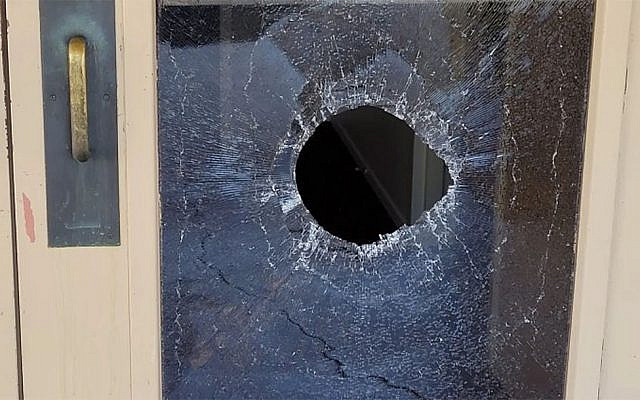 ADL’s recent survey of American Jewish experiences with antisemitism revealed a tremendous spike in personal concerns about being targeted by Jew-haters. This spike was far greater than anything else we have seen in recent years, even after the massacre at the Pittsburgh synagogue or the assaults on Jews in Brooklyn and other New York and New Jersey areas.

This is truly a wake-up call for America. For the first time in decades, Jews are worried about their safety not from an extremist who may buy into antisemitic conspiracy theories, as we saw in Pittsburgh and Poway, but by individuals who are using Middle East conflict as a pretext to attack Jews.

The combination of the mainstreaming of the demonization of Israel, the surfacing of antisemitism across the political spectrum, the security concerns of Jewish institutions, and the apparently random attacks on Jews projects a sense that American Jews are beginning to lose that exceptionalism that has characterized Jewish life in America.  More and more, the question of whether American Jewish life is becoming Europeanized is being raised.

At the time of Pittsburgh, there was a lot of talk about what role the rhetoric of the president played in emboldening white supremacists. The consensus was that, while the attacker was an antisemite independent of any presidential comments, the environment in which he felt comfortable acting out his hatred was helped along by the president’s remarks, following the hate-filled and antisemitic march in Charlottesville.

This distinction needs to be applied in the numerous cases of attacks on Jews around America in recent days, whether in Times Square or a synagogue in Brooklyn or in Los Angeles.  These haters, including one who, after being arrested for his crime, made clear that he would do it again if he had the opportunity, are antisemites who may be using the Middle East conflict as an excuse to act on their antisemitic beliefs.

Still, there is no doubt that the rhetoric of some politicians and media figures — demonizing Israel, accusing the Jewish state of everything from being child murderers to apartheid to genocide — have a responsibility as well. These kinds of demonizing comments have nothing to do with legitimate criticism of Israeli policy. Rather, they are inciting remarks by respectable figures giving space to those who are Jew-haters, who seize the moment to attack innocent Jews.

It is time for all good people to condemn the kind of rhetoric that sets the stage for these assaults. It is not enough to condemn the antisemitism; it is also vital to stop the outrageous assaults on the good name of the Jewish state.

How can we get back to a time when Jews do not fear for their very safety in the country that has been better to its Jewish population than any in the history of the Diaspora?

The answer begins with stopping the partisan politicking on antisemitism and recognize that it can come from the right or the left, from majority communities or from minority communities and we need not only to condemn it wherever it comes from, but we need to identify in each situation where the peril is emerging from. There was no hesitation in citing white supremacists who were targeting Jews several years ago. Today, it is coming in the guise of anti-Israel activists, many of whom come from minority communities.

We have to get past the notion that minorities whose communities are themselves often targeted by haters, should not be condemned the same way that white supremacists are when engaging in antisemitism. In this regard, the fact that the leading antisemite in America, Louis Farrakhan, continues to have such a strong following and is treated respectfully by too many respectable individuals, undermines the struggle against antisemitism and helps to embolden the haters.

So yes, we need congressional action against antisemitism, as recently took place regarding anti-Asian hate; the recent Senate resolution condemning the rise in antisemitic attacks was a good start. It was likewise encouraging to see Silicon Valley tech leaders take a stand against antisemitism in a public letter, but clearly more needs to be done to prevent antisemitism on the platforms they run.

Most of all, we need clarity of thought about the perniciousness of antisemitism, the role that demonization and delegitimization of the Jewish state plays in spreading antisemitic ideas, and the need to find the perpetrators and bring them to justice.

The fact that American Jews are so worried should worry all of America.