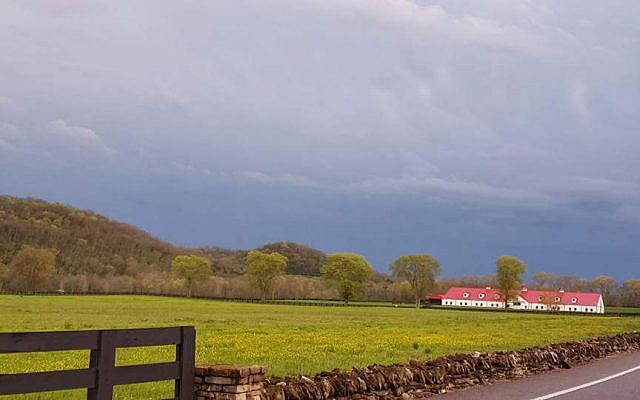 We recently lived in the rural country for several years and loved the beauty and peace and quiet. But more often than we’d like, we saw trucks going by, proudly waving the Confederate flag. Once my daughter and I commented disparagingly about this as we were having brunch, seeing such a truck fly by outside the cafe window. Our waitress overheard and she was rude to us about it. We asked for a different waitress.

What she didn’t know, what we knew, was that the cafe owners were Jewish. Jews in the rural South tend to be quiet about their Jewishness. I taught my daughter when we arrived in Tennessee to be circumspect.

She laughs because she said I could go to the most remote neck of the woods and find the only Jew. Being Jewish was always such a huge part of my life, it took up every corner and filled every turn.

It is a very different perspective to grow up Jewish in an overwhelmingly Christian America. For most of us, being Jewish meant we always had a sense of the other, of what it is to be intensely vulnerable. Perhaps that’s why my Reconstructionist rabbi spoke proudly from the bima about his experiences marching for civil rights. Likely it’s why so many Jewish women were instrumental in founding the feminist movement when I was a young girl. Maybe it’s why my dad was quiet about his service in the army during WW2. He only showed me pictures when I was a teenager. It was not a simple matter to be a Jewish soldier.

My maternal grandfather was an Orthodox rabbi in a small town in Ontario, originally from Poland. My grandmother only spoke Yiddish, she never really learned English, despite having been rescued from pogroms in Russia when she was a young woman. This was not uncommon. 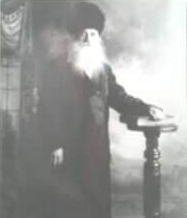 My great-grandfather, Rav Berman from Poland. Photo taken in Montreal.

We are not just a nation of immigrants, Jews are a people of immigrants. Our loved ones were immigrants. And while we were successful here, we were not unscathed from the prejudice.

When I was still ultra-Orthodox and newly divorced, I dreamed of living in the country, or raising my daughter near the beach in a small town. But Jews have always flocked to the cities – safety in numbers. So I looked at cities and communities I would never have otherwise given a second thought to, just to avoid feeling the loneliness of the non-Jewish void in America.

In fact, the first time I planned to move to Nashville, an ultra-Orthodox rabbi warned me away from this decision. He said my daughter would not thrive Jewishly here. As it turns out, if we had not left ultra-Orthodoxy when we did, we would have been much worse off.

Eighteen months after his warning, we came here quietly. I told very few people. Initially friends thought we were on vacation. Within the year we joined a Reform synagogue and my daughter’s Jewish identity blossomed and flourished. And I found my way back home again as a feminist, Jewish woman.

While Obama was President, and it seemed likely we would elect the first woman President, and Trump was just the worst kind of joke, we felt relatively safe in our small rural community. But now, I can’t imagine feeling that way again. In a way, that was our bubble. 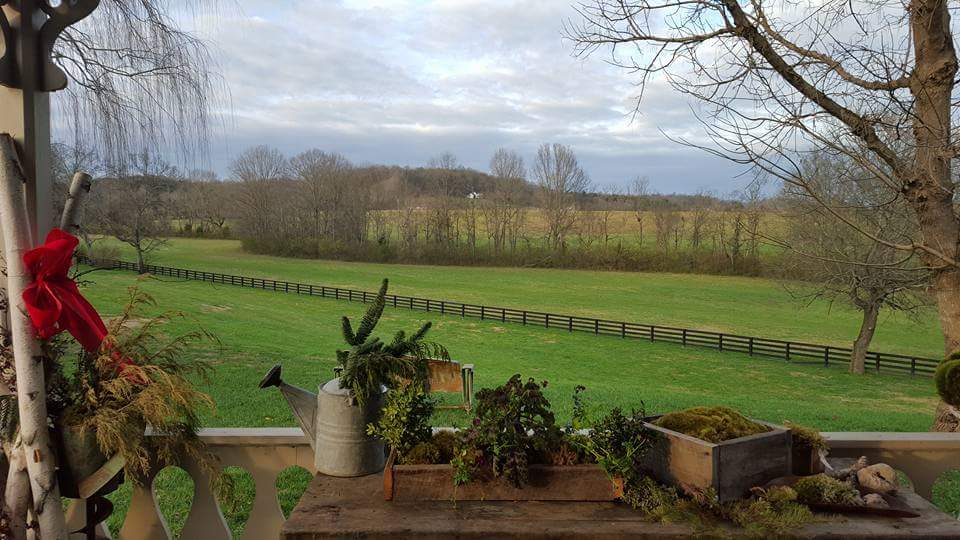 Even in Nashville proper, many, if not most Jewish families place their mezuzahs on the inside doorpost of their home. They’re too afraid or cautious to display their mezzuzah outside, as small and invisible from the street as it is.

There is a clear political divide between Orthodox and Reform Jews. Most ultra-Orthodox are Republican, most Reform are Democrat.

From the vantage point of my recent two decade stint, Ultra-orthodoxy was a repressive culture. While they would gladly argue that they are unafraid to put their Judaism on full display, they still tend to do so while living in shtetl-like communities. Orthodox life necessitates close proximity to one another. I wonder if they innately identify more with the oppressive nature of the modern Republican party. And then, after all, many vote according to how their Rav instructs them to do.

But every culture has its unspoken rules and fears. There are a great many Jewish musicians in Nashville. But so few are willing to join synagogues, for fear of being openly identified as Jewish. It might adversely effect their career opportunities. Women musicians also play along with the powers that be, rarely ever voicing or even writing their true feelings and experiences. 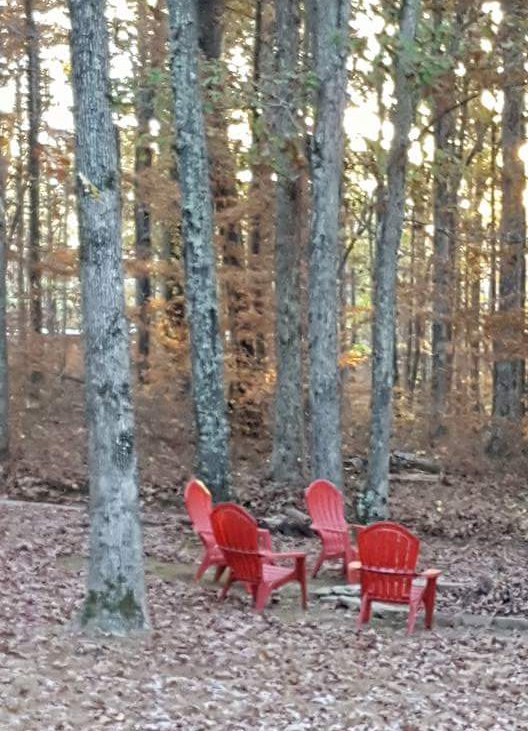 When we arrived in Nashville, country music was deep in the throes of bro-country – a decidedly un-Jewish and unfeminist aesthetic. The lyrics were unrelatable at best, but more often than not, utterly offensive. There were so very few voices telling the stories of the ‘other’. If you are for Jesus, country, trucks, girls in tight jeans, and the unquestioned patriarchal status quo, you are in. Your status is unassailable.

Nashville itself is a more progressive city politically. But just ten to fifteen minutes out in any direction, it’s a different situation. In effect, we are an island without a sea.

So, when I read and hear that the Republican party is increasingly becoming a rural political party, I understand this phenomenon. I feel it deep in my Jewish, feminist soul. To live in Trump’s America is to hear threatening rumbles echoing down the road. It is a daily struggle not to feel pulled into the abyss. 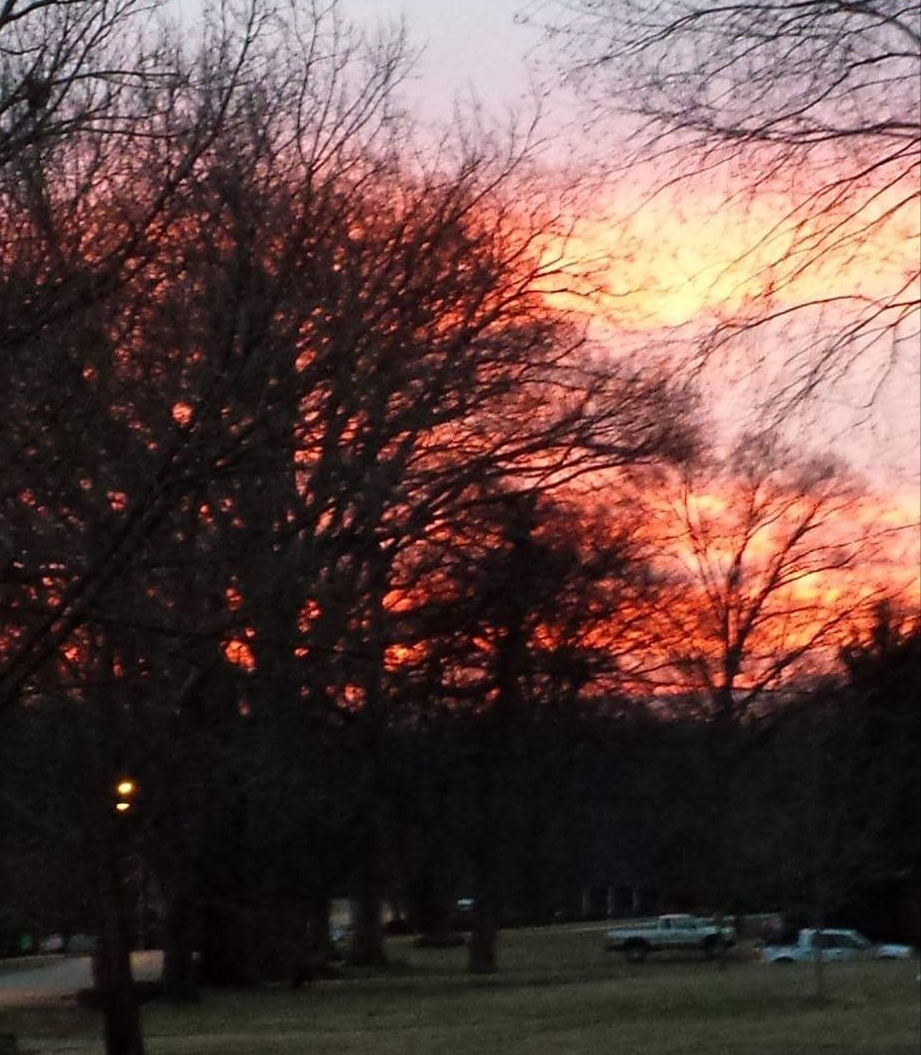 Photo by Dana Janine Diamond
About the Author
Dana is a Jewish feminist, writer and poet. She is passionate about kindness, spirituality, the artist's voice, and speaking out for the vulnerable. She lives in New York.
Related Topics
Related Posts
Comments