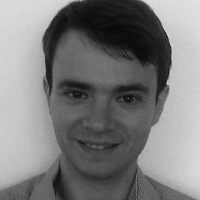 The Blogs
Daniel Needlestone
Oslo, Jewish life, Learning and Families
Apply for a Blog
Please note that the posts on The Blogs are contributed by third parties. The opinions, facts and any media content in them are presented solely by the authors, and neither The Times of Israel nor its partners assume any responsibility for them. Please contact us in case of abuse. In case of abuse,
Report this post.

It’s almost 6 years ago since I stepped on the plane to move to Norway. I don’t remember what my expectations of Jewish life were, but I knew it would be different to London where a decent sized synagogue can have more members than the estimated 1500 Jews in Norway.

Jewish life in Norway has both surprised me and engaged me. Oslo’s one synagogue defines itself as liberal orthodox, and the majority of members are not particularly observant.

A full Jewish lifecycle of events are available to members, though it’s often a struggle to get a minyan at 3pm on a cold Friday winter night.

Activity is high with a range of institutions delivering cultural activities to supplement the religious ones.

Where Oslo’s Jewish community differs to small communities around the UK, is that we are by default the representatives of Jews in Norway.

If a politician, royal, journalist, tourist or curious local wants to visit, talk or meet with the community, they will knock on our door.

We have no Board of Deputies or JLC.

When a media storm blows up, as it has this week over a debate on circumcision, our handful of eager spokespeople speak up, but it’s a far cry from the Lords, Ladies, Rabbis, journalists and other personalities Anglo-Jewry can deliver to satiate the journalists.

Living a Jewish life in Norway has been a largely positive experience for me.

It has opened doors to many curious Norwegians of all types, keen to meet and learn from a Jew for the first time.

Norway though is a largely secular society and religion is seen in context of the Norwegian church. This means when debates such as the current debate on circumcision come up, there is little sympathy for the Jewish position.

To many, circumcision seems barbaric. The concept of choosing your kids’ religion, let alone making a permanent change to their bodies without their consent, is an affront to their values.

Last week’s proposal by the anti-immigrant, right wing FrP party, that circumcision should be the choice of a child after they turn 16 seems entirely logical to many. Sympathy for the chairman of Oslo’s Jewish Community who stated “Those who wish for a Jewish community to remain in Norway shouldn’t vote for FrP” is mixed.

Although the editorials of every paper have taken our side, against a ban, most have done so on the proviso that circumcision is wrong, but it’s better to convince us of this than to ban it.

It’s hard to predict what will happen next. The law on circumcision was changed in 2015 and as it stands is good for the Jews. A new law is not imminent.

Elections take place in September and FrP may well end up out of the ruling coalition. Many key politicians and leaders seem to understand our dilemma, but public pressure could change this.

The debate is bemusing, unwelcome and uncomfortable for most Jews. Pressure to conform is something all diaspora Jews understand, and it applies here too.

Our community survives because we are inclusive: mixed faith couples, converts, as well as many immigrants; especially Israelis, help keep the community alive today.

Whether the law is changed or not, the pressure could drive families away from Norway or away from their religion.

With an average of 10 kids per school year, we can’t afford to lose them.

About the Author
Daniel Needlestone lives in Oslo with his family. Originally from the UK. He is a board member of the Jewish community of Norway but write in a personal capacity. Professionally he works as a Learning & Development specialist in an Offshore Engineering & Construction company.
Related Topics
Related Posts
Comments