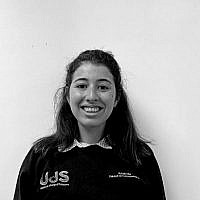 The Blogs
Amanda Sefton
Apply for a Blog
Please note that the posts on The Blogs are contributed by third parties. The opinions, facts and any media content in them are presented solely by the authors, and neither The Times of Israel nor its partners assume any responsibility for them. Please contact us in case of abuse. In case of abuse,
Report this post. 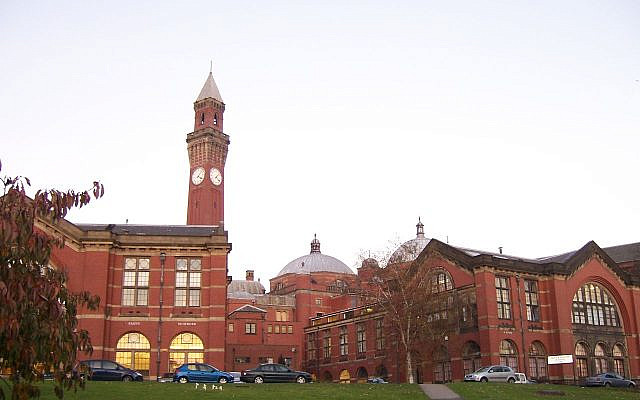 Over the past few years antisemitism has reached an all-time high on our campuses, and we have seen the UK government becoming more involved and taking a firmer approach.

We are of course grateful for their consistent support to UJS and Jewish students, but why hasn’t it been obvious to universities before to take proactive measures to tackle anti-Jewish racism?

Some claim they want to be autonomous but that only works if they prove it to be effective. It strikes me that we have come to this point where after decades of UJS being at the forefront of fighting antisemitism on campus, and almost all institutions claiming, they have a zero-tolerance for hate and racism, we are still having similar conversations.

During my time at university, I experienced casual antisemitic comments like ‘you don’t look Jewish’ and ‘oh so you must be Israeli’, commonly made with no hesitation.

Not much could be done, and to my fellow Jewish students who experience it, often they try to brush off and not let it affect them. It was only when I became more involved in my student’s union that I truly noticed the issues on campus and had very little support around me to tackle them.

I constantly felt out of place and as though all the responsibility was on me to stand up for the Jewish community. I was seen as the token Jew in the room.

For many Jewish students, who go through a similar experience, it is a never-ending consideration of how open you can be about your Judaism, whether you tell people you are vegetarian because it’s easier than explaining what ‘Kosher’ is, or just constantly wondering (and often worrying) whether the conversation about Israel will inevitably be brought up.

This is even more prevalent when raising awareness of antisemitism on their campus.

It feels as though few are listening and very little on their campus care. Jews are consistently being left out of the conversation and excluded from spaces which aim to confront hate and discrimination.

When anti-racism movements on campus are calling out islamophobia or anti-black racism, they often stay silent on antisemitism. Jewish students don’t feel safe in those spaces and their fears of discrimination are continuously becoming a reality.

Why is anti-Jewish racism less significant than any other hatred?

We should not be treated like the ugly duckling of the family, being left to fend for ourselves with no support; it is time for anti-Jewish racism to be treated as seriously and equally to any other forms of discrimination.

It is not the time to slow down our efforts just because government are listening and starting to act.

It is time to ramp them up. Pushing for the adoption of the IHRA definition of antisemitism was the first step in building the relationship between Jewish students and their universities, and now this summit brings together key stakeholders in the sector, to demonstrate that antisemitism shouldn’t be dealt with lightly and paving the way for institutions to take responsibility.

Now, more than ever it is important for universities to do more to educate, foster good campus relations and take proactive measures to tackle campus discrimination. Action from all levels in institutions need to be taken and it is time for everyone to stand in solidarity with Jewish students and work together to combat anti-Jewish racism.

Gone are the days when we are willing to wait for an incident to take place in order to simply react to it. UJS is taking a proactive approach, bringing the conversation directly to students.

This month we are launching ‘Antisemitism Awareness Weeks’, where numerous Student Unions are taking responsibility to combat antisemitism regardless of their Jewish students asking them to. To start this campaign, UJS are holding a conference dedicated to educating Student Services and support teams about how best to support their Jewish students and providing them with practical steps on how to make university life more inclusive Jews.

Events about Jewish culture, understanding the history of antisemitism and hearing directly from Jewish students about their experiences are critical in educating the campus community.

This is the type of action that is needed to tackle hate on a fundamental level. Education and engagement are key, ensuring that campus organisations and institutions take the opportunity to build connections and relationships with their Jewish students.

So I say to them: Be an ally. Speak up when you witness antisemitism in any form. Antisemitism is happening, and it shouldn’t just be up to Jewish people to call it out. It is centuries old, but together we can make sure that Jewish students are not forced to endure the same or greater levels of antisemitism on campus as generations before them. Together we can be the difference.

About the Author
Amanda Sefton is the Head of Campaigns for the Union of Jewish Students (UJS). Before working at UJS, Amanda was the Education Officer (2019-2020) at the University of Birmingham, Guild of Students after reading Political Science.
Related Topics
Related Posts
Comments