Each summer, as CEO of Foundation for Jewish Camp, I get to make my yearly pilgrimage across North America to visit Jewish camps.

I feel fortunate to soak in incredible moments — a camper conquering a fear of heights on the zip line for the first time, our Cornerstone fellows running a program exploring Jewish values with campers, and of course, meals ending with song sessions filled with unbridled ruach (spirit) and joy.

One highlight of my visits to camps this summer has been to witness firsthand the robust growth industry Jewish camp has become. This season boasts record-breaking enrollment and innovation at Jewish overnight camps across North America.

Demand is driven in part by the success of Foundation for Jewish Camp’s One Happy Camper incentive program. In the last decade, more than 77,000 first-time campers have received an incentive grant to encourage first-time camp attendance. In our most recent survey, campers return for the second year at an astonishing 87 percent rate! These first-time grants are provided in partnership with local communities through Jewish federations, generous foundations, and individual philanthropists. For PJ Library families, we have partnered with the Harold Grinspoon Foundation to provide the “PJ Goes-to-Camp” incentive grants.

Growth also has been generated by the 11 new Jewish specialty camps introduced since 2010, including camps I visited: JCC Maccabi Sports in Atherton, California, Ramah Galim (of the Waves) on the shores in Monterrey, California, and Camp Zeke in Pennsylvania’s Pocono Mountains. Developed and nurtured under FJC’s Specialty Camps Incubator and Accelerator programs (made possible by the Jim Joseph and AVI CHAI Foundations), these new camp ventures are led by outstanding young social entrepreneurs. Collectively, these 11 camps already have served more than 6,000 campers, more than half of whom otherwise would not have gone to a Jewish camp that summer. We are working diligently to open six more specialty camps next summer.

Even long-established camps across North America are upgrading and expanding camp facilities to serve their growing populations. Through the FJC Building Loan Program made possible by the generous support of the Maimonides Fund, camps have been able to accelerate their construction projects while donor pledges are paid over several years. These new investments are already paying dividends and over time will produce a profound ROI on the next generation.

New and high-quality program space allows for the expansion of thoughtful, meaningful Jewish educational experiences for all types of weather. Camp Sabra on Lake of the Ozarks in Missouri has opened its beautiful Robert M. Beren Sports Pavilion and an air-conditioned center for arts and crafts. B’nai B’rith Camp in Otis, Oregon, built a community center — the Mercaz — providing much-needed indoor program space in the center of camp. Camp Young Judaea in Wimberley, Texas, opened its experiential learning center, which has transformed the Judaic program development and delivery.

We have also seen a growing trend of investing in space for culinary arts, raising the bar for teaching and enjoying kosher and Israeli cooking to a whole new level.

For many camps, space constraints in the dining halls and kitchens have inhibited enrollment growth. No more, for Camp Judaea in Hendersonville, North Carolina, Camp Ramah in New England, in Palmer, Massachusetts, and Camp Kaylie in Wurtsboro, New York, as this summer they opened brand new or expanded dining and kitchen facilities allowing them to continue to grow enrollment. Camp Morasha in Lakewood, Pennsylvania, starts construction immediately after its final session concludes.

Over the years, more and more camps have seen an increased demand for their oldest camper divisions — the counselor-in-training or leaders-in-training programs for rising high school juniors. In many cases, these units are housed in older, smaller facilities, and camps are forced to turn away qualified and eager young Jewish leaders due to lack of space. This summer, a number of camps have opened new housing and programming space for these teen leadership programs, including Herzl Camp in Webster, Wisconsin, URJ’s Eisner Camp in Great Barrington, Massachusetts, and Camp Ramah in Conover, Wisconsin. Other camps have similar plans for 2018. 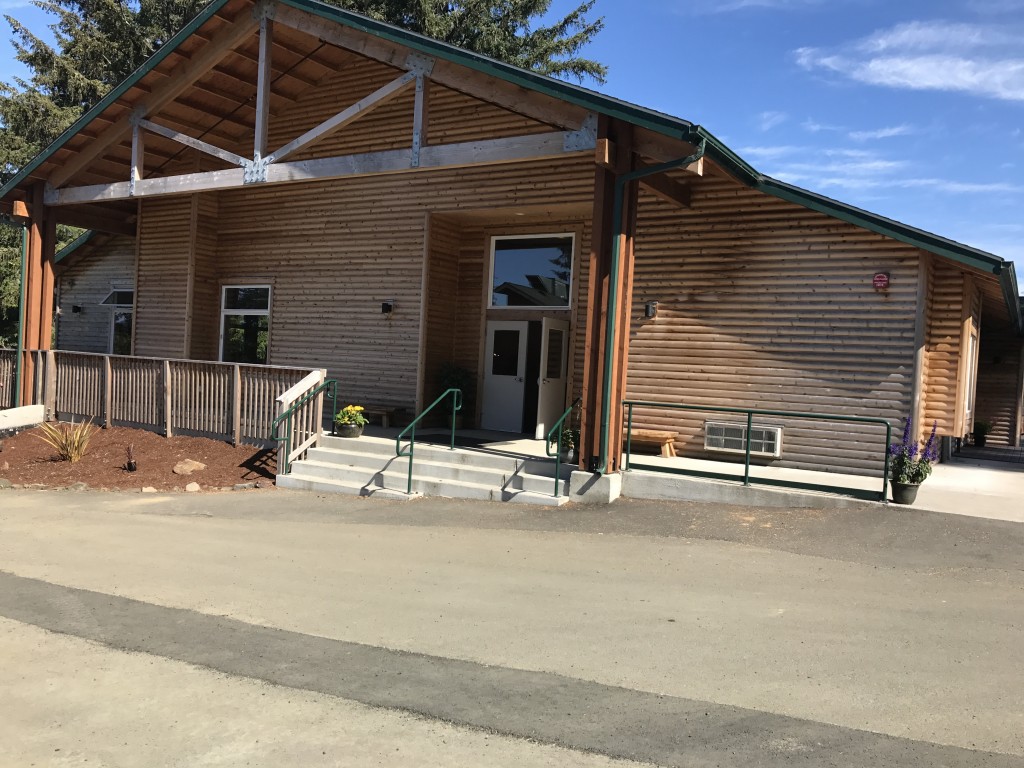 The B’nai B’rith camp in Otis, Oregon, built the Mercaz, a center for indoor programs.

By investing in facilities we create opportunities for programming, experiential learning, and community building. When camps invest in new dining halls, the entire community can gather together three times a day for meals, singing, and expressions of appreciation before and after the meal. Camp nurses report healthier and happier campers, citing air-conditioned, comfortable dining facilities as well as fewer instances of dehydration and better eating habits. Whether growing participation, capacity, or creating space for Jewish connections, camps that upgrade their facilities increase their impact.

The final secret to the field’s track record of growth comes from the talented, dedicated, and thoughtful camp directors, working tirelessly and under the weight of enormous responsibility each summer. My visits this summer affirmed my admiration and appreciation for the roles these leaders play in enabling joyous Jewish expressions to take hold.

I learn much from my conversations with field veterans and graduates of FJC’s leadership development programs, including the Executive Leadership Institute, made possible by the Marcus Foundation. These camp professionals are on the front lines of our Jewish future, grappling with the myriad of issues confronting today’s young people. In their camps, they employ vision and purpose in creating a laboratory for 21st century Jewish living — intentional, joyous, spirited, and meaningful.

I feel fortunate to have had the opportunity this summer to see such growth in action in the Jewish camp industry. We are truly helping to build a more vibrant Jewish future.

This piece was originally posted in the September Issue of the North Jersey Jewish Standard.