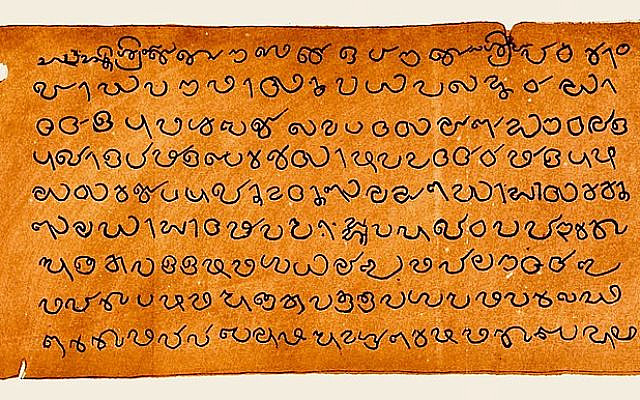 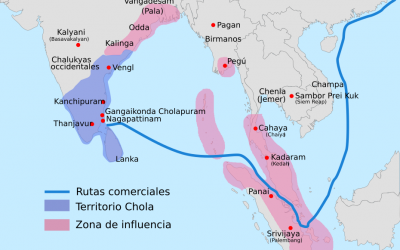 Ever heard of “ Tamil Game of Thrones?” well that is what Ponniyin Selvan is called popularly. Running into five volumes and nearly 2,200 pages, Ponniyin Selvan is a historical fiction set in the Chola empire. Wondering why it is being mentioned here in the first place? Well a mega movie with a huge budget of 500 Crores INR, part of a two part series based on the aforementioned novel series shall be released on 30 September this year in India. But still that is not the reason for mentioning “ Tamil Game of Thrones”, the actual reason is to create a context for the readers to understand the rise of a Jewish king in South India, which was on it’s way in those days to be united under the Cholas under one sovereign standard, the same powerful Cholas whose power and majesty has been covered in the novel series Ponniyin Selvan. It is mentioned that the Hebrew word Tuki for peacock used in the Book of Kings and the Chronicles might have come from the old Tamil “Takai”. Let’s explore the history of South Indian Jews. 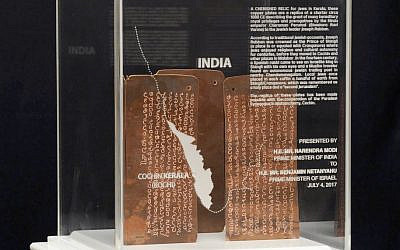 Jews have had a prominent position, in the mercantile and trade history of Kerala, within the larger Indian Ocean region, and not just that, the rulers of Kerala the Cheras got the support of these Jews in their battles against the Cholas, which was the very reason for the rise of a Keralite Jew Joseph Rabban as the Jewish king of Shingaly in Kerala. It would be better to explore Jewish history of Kerala in greater detail to understand how and why Joseph went on to be valued so much by the Chera rulers of Kerala.  Jews of Kerala are a very old community, not a recent addition to the varied and diverse demographics of Kerala, an old paper preserved in the Secretariat records of Kerala reads as follows. “After the destruction of the second Temple in the 3828th year of creation 3186th years of tribulation, 68th year of Christian era, about 10,000 Jews came to Malabar and settled themselves at Cranganore, Palloor, Mahadam and Paloothoo three-fourth (of the Jewish) population remained at Cranganore, then called Mahodrapatna and subsequently Chingley (Shingly) under the Government of Cherumproomal (Emperor of Cheraman Perumal) also Jewish captives of Titus, held in Myorca, arrived in Kerala in 370 AD. The Babylonian Talmud, compiled between the 3rd and the 6th century even refer to a Rabi Judah who was a Hindu convert.

The Jerusalem of the East: 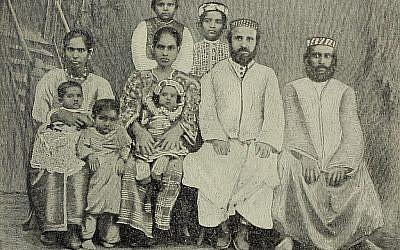 Anjuvannam a village in Kerala was known as the “ The Jerusalem of the East”. The Jews were given the village of Anjuvannam, by the Chera government and it could remain in their possession, “so long as the world and moon exists.”. The Jewish Copper Plates issued by King Bhaskara Ravi granted certain chiefly privileges to Joseph Rabban, the merchant chief of Ancuvannam corporation. provided for seventy two privileges like the right to use day lamp, decorative cloth, palanquin, umbrella, trumpets, Kettledrum, arch, arched roof, gateway and weapons. The grant recognises his proprietary status and also a hereditary succession in the enjoyment of these rights and privileges. Ancuvannam appears mostly in Chera inscriptions and at Tittandadanapuram on the east coast of South India. It has been explained as the native form of Anjumam, the term for corporations in the Persian language. MGS Narayanan believes that Ancuvannam was probably a corporation of Jewish merchants. He points out that the Jewish Copper Plates of Bhaskara Ravi un equivocally registers the grant of Anjuvannampperu to Joseph Rabban whose memory is cherished in the old community songs of Jews in Cochin grant itself has been preserved by those people. The major reason given for the migration of Jews from Anjuvannam to Cochin as per Historians is that the floods of 1341 changed the course of the Periyar river, it caused heavy silting of the port region causing it to disappear altogether, created new land masses, and this eventually gave way to the ascension of Cochin as the most accessible port on the western side of the Malabar region of Kerala, and hence with the movement of the royal family the Jews moved too.

Rise of the Cholas: 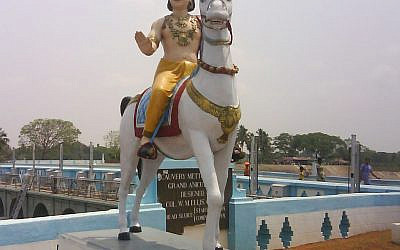 There was a period in the history of South India, when the Chera-Chola conflict for territorial supremacy and trade monopoly was developing the goal was simple, being the only lion in the jungle. While the Cholas attempted to dominate to be more specific monopolise, the trading activities of Southeast Asia, by controlling the exchange centres of Ceylon now Sri Lanka, Coromandel coast extending over an area of about 8,800 square miles (22,800 square km) and the Sailendras, a Javanese dynasty, it is understandable why the Cholas were doing this as it is said control over economy leads to establishing an empire a cake walk. The Cholas, who were trying to control the trade of Southeast Asia, actually wanted to link the maritime trade of South India with the expanding markets of China through their Southeast Asian networks, while the Cheras by way of the political support and patronage extended to the merchant guilds of Anjuvannam ( Jewish guild ) and Manigramam ( Christian guild ), tried to link the maritime commerce of Kerala with the ports of west Asia, whose channels of commodity movement finally merged at different levels into the Jewish trade networks operating in the Red Sea and the Mediterranean. Against this background it was necessary for the Jewish traders that the Chera ruler should come out victorious in the war for the purpose of ensuring regular flow of commodities through their Diasporic channels in the Indian Ocean and the Mediterranean.

Cheras and the Jews: 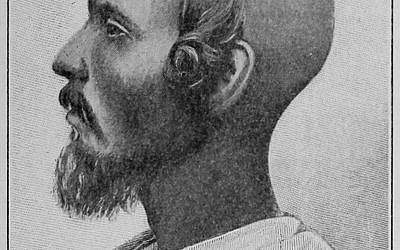 Black jew of cochin with peyots, around 1900, in respect of leviticus. Image source: Wikipedia.

While all this was happening the Chera rulers also known as Keralaputras and their feudatories made increasing use of the Jewish merchant guild of Anjuvannam and the Christian merchant guild of Manigramam for dominating the commercial affairs of the west coast of India, particularly of Kerala and for the movement of commodities to the ports of Persian Gulf and Red Sea. The Cholas has invaded Ayvel country, a tributary state of the Chera Empire – captured its king and relatives and carried away his treasures. The Chera army moved down to the south and the two armies met in battle at Vizhinjam a few miles south of Quilon. The Chera army was routed and victorious Cholas were moving to the Chera capital Muziris. At this moment of crisis, Bhaskara Ravi Varma, the Chera King convened a war council at which all the Governors of Potentates of the land including Joseph Rabban, the merchant prince, were present. He in a rare gesture of patriotism must have placed at the disposal of the sovereign of his ships, together with men and materials for the prosecution of war of resistance. In return for this timely help, the king raised the status of Anjuvannam by making it an autonomous corporation and installed Joseph Rabban as its head with all the seventy two princely privileges enjoyed by the titular lords. It was perhaps on this occasion that the title “Chirianandan” was also conferred on him. The symbol of ethical and moral philosophy of protecting the host and his country is Anjuvannam the Jewish guild of Muziris’ elevation to an autonomous Jewish principality and installation of the leader Joseph Rabban as its titular head with all princely privileges by the Chera king.

The fall of the Rabban dynasty: 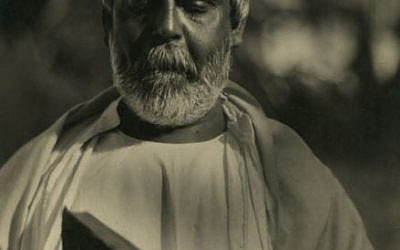 In 1341 the last king of the Rabban dynasty died. Moshe-de-Paiva the traveler from Amsterdam recorded that the quarrel between two sisters brought hatred between two brothers Azar – Aron of the Rabban siblings caused the fall of Anjuvannam kingdom. Zamorin, the ruler of Calicut who was too interested in expanding his territory interfered in the affairs of Anjuvannam with an eye on the spice trade monopolised by the Jews. Zamorin supported the Moorish (Arabs) traders who were eagerly waiting for an opportunity to crush the Jewish monopoly. With the support of Zamorin the Moorish marauders descended upon the hapless Jews of Anujvannam on a Sabbath night in 1524. The Jewish houses, shops, Synagogues and their ancient records and religious valuables kept in the Synagogues were consumed by fire. Most of the survivors took to flight.

It is a popular, but erroneous belief held by many people, that Jews were only persecuted and subjugated and oppressed under foreign yoke, through the entire medieval period, in the world history. The term “medieval” here precisely  refers to the chronological category to refer to the period after conversion of Emperor Constantine to Christianity till the rise of idea of nation states with the Peace of Westphalia on October 24, 1648, used by the author as an explanatory tool. Many people hold this notion around the world, that Jews apart from the ancient Judaic kingdoms were not in a position to and did not in reality, rule themselves, forget about other nationalities, leading to several communities around the world claiming to be saviours of the Jewish people. Well after reading this article it must have become amply clear, that Jews in South India were not just capable of protecting themselves but had the power to help an Indian king protect his throne.

Gamliel, Ophira. ‘Back from Shingly: Revisiting the Premodern History of Jews in Kerala.’ Indian Economic and Social History Review 55:1. 53–76.

Segal, J. B. The History of the Jews of Cochin. London: Vallentine Mitchell, 1993.