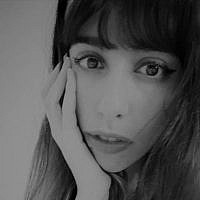 The Blogs
Hila Hershkoviz
Apply for a Blog
Advertisement
Please note that the posts on The Blogs are contributed by third parties. The opinions, facts and any media content in them are presented solely by the authors, and neither The Times of Israel nor its partners assume any responsibility for them. Please contact us in case of abuse. In case of abuse,
Report this post.

As an Israeli Jew, I have always taken for granted my own indigeneity to my homeland. I am indigenous not only because I was born here; I am no more indigenous to the hills of Judea than any Jew born in the Diaspora.  I am indigenous to this land because, like Diaspora Jews, I am part of a nation that had two glorious kingdoms here, but due to a series of historic injustices committed against us by Assyrian, Babylonian, and Roman Empires, our land was ravished and our people dispossessed.

I am also indigenous because I smile when my grandmother tells me partially in Hebrew, partially in Arabic, and partially in French about how it was tradition for her family in Morocco to dress in fancy clothes for the Shabbatot that fell on the three-week mourning period leading up to Tisha B’Av (unlike the other families), as part of the preserved honor culture of the “Levite” tribe.  I am indigenous because of my deep emotional reaction to reading the 2,300 year-old texts written by my ancestors on the Digital Dead Sea Scrolls website.  I am indigenous because, even after hearing it for the millionth time, I cringe every time a Jew refers to our beloved Judean soil – soaked with the blood, sweat, and tears of my people for thousands of years – as the “West Bank” and because not so long ago I literally burst into tears when I heard two people utter the unbearable words “a divided Jerusalem.”

The indigeneity of Jews to the land of Israel is not some vague, anemic, or obscure “semi-status.”  This is not only a matter of academic qualifications which we clearly meet – whether it be our national origin, indigenous culture, language, historic sovereignty, deep spiritual connection to the land etc. – but emotionally as well. Consider for a moment how much our people in exile over the centuries prayed, fought, and bled for our dream of returning home.  We might very well be the very embodiment of what it means to be an indigenous people.  The instinctive indigenous self-identification of Jews throughout the ages is what enabled Jewish freedom fighters to sacrifice their lives for this land, and it is what gives relentless strength to Israeli soldiers today.  Note for a moment how anti-colonial tactics such as terrorism, tactics that have been used successfully in places like Algeria to drive away real colonialists, do not work on us, an indigenous people, at all.

So why do those who care about indigenous rights not support a native people’s right to live on its ancestral lands?

Both liberal and conservative Israel advocacy organizations in America are doing it wrong.  Every time they portray Israel as a Western country, identify Jews (even indirectly) as white people while simultaneously referring to our ancient national culture as a “religion” or speak in a mannerism which would suggest we are anything but an indigenous people, they are reinforcing the bizarre but successful anti-Israel narrative depicting us as Western European colonialists in a foreign land.  Since the hasbara industry has collectively been identifying us in this fashion for years we shouldn’t be surprised when we are told to “go back to Europe.”  When all of the largest Jewish American Israel advocacy groups, whether right or left, insist on this false Western presentation of our people it not only weakens our position, it also destroys the possibility of ever truly integrating into the region and making peace with our neighbors.  A Western country does not belong in the Middle East and the inclination of the other peoples of the region to oppose such a state is instinctive.

Gay rights, women’s rights and Western-style democracy are also not going to do the trick as all three are irrelevant to the core issue at hand, and true indigenous status easily trumps all three in the minds of even the most progressive young activists.  Even if such topics may help gain the support of many American liberals, focusing on these issues bolsters the narrative that we are foreign to the Middle East, ultimately falsifying our people’s true historic narrative and further alienating the other Semitic peoples from us (those we are actually destined to live with).  It is also time to throw away the (somewhat arrogant and very much irrelevant to the point of discussion) “we are the good guys because we are more civilized/produce better technology/have more Nobel prizes than you” rhetoric and go back to the authentic definition of Zionism as an indigenous people’s liberation movement, with our inherent connection to our land based on indigenous rights, the correction of historic injustices and the universal rights of all native peoples.

The UN’s resource kit on indigenous people’s issues states that:

“Self-identification as indigenous or tribal is considered a fundamental criterion and this is the practice followed in the United Nations and its specialized agencies, as well as in certain regional intergovernmental organizations. Article 33 of the UN Declaration on the Rights of Indigenous Peoples refers to the rights of indigenous peoples to decide their own identities and membership procedures.”

In other words, it all comes down to self-identification. It is ultimately up to Diaspora Jews to make a decision. You are either native to Eretz Yisrael, the ancestral homeland of the people you are part of, to which your people’s language, customs, and traditions are indigenous and to which your people aspired and sacrificed to return for thousands of years; or you are indigenous to the place in which you were born in only because Assyrian, Babylonian, and Roman imperialists invaded your people’s homeland some centuries back.  You are either part of a Semitic people, a proud and ancient Middle Eastern nation with a rich treasured past and a collective meaningful future, or you choose to willingly give in to subtle Western social constructs pressuring you to discard your people’s authentic self-definition and identify as white people, part of the Euro-Western nations, history and ethos with the only thing distinguishing you being some kind of different “religion.”  I know where I stand.

Vote Alliance for New Zionist Vision in the U.S. elections to the World Zionist Congress.  #NotYourMothersZionism

About the Author
Hila Hershkoviz is an alternative peace activist and lecturer on Israel advocacy, Jewish identity, indigenous rights and the Israeli-Palestinian conflict. She is a writer on VISION magazine and blogger on Times of Israel. Hila ran for Knesset as third runner up in the Jewish Heart party (HaLev HaYehudi) in the 2020 elections.
Related Topics
Related Posts
Hila Hershkoviz
Comments