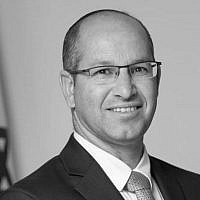 The Blogs
Nerya Meir
Apply for a Blog
Advertisement
Please note that the posts on The Blogs are contributed by third parties. The opinions, facts and any media content in them are presented solely by the authors, and neither The Times of Israel nor its partners assume any responsibility for them. Please contact us in case of abuse. In case of abuse,
Report this post. 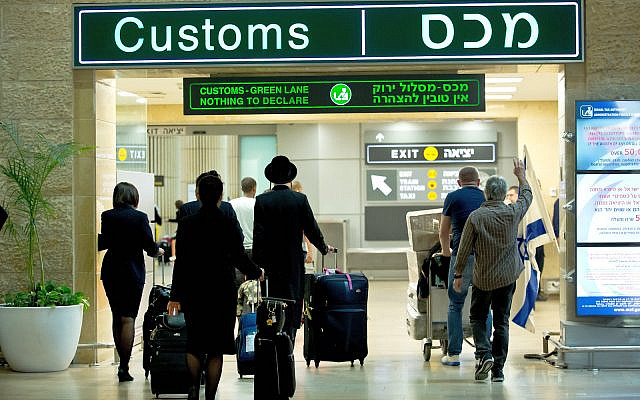 With the arrival of the Omicron variant in Israel, the Israeli government made a sweeping decision to close its skies from the entry of foreigners. This decision insensitively equates Jews living in the Diaspora with foreigners, denying them entry into Israel, the Jewish State. This decision widens the chasm between Israel and world Jewry.

Significant and fundamental values ​​are tested precisely in moments of crisis. We must recall our values and principles.

The Zionist revolution took place in the last two hundred years thanks to the resourcefulness of Jews from around the world whose devotion to the Land of Israel overcame material challenges, diseases, and security threats. The State of Israel was established thanks to the Zionist movements that operated in the Diaspora and in Israel, throughout the years. These efforts included opening the gates of the country to Diaspora Jews to visit, learn, experience, and connect with Israel, thereby preserving the national entity of the Jewish people globally.

Jews are not foreigners. We must not create a precedent in which the State of Israel will treat our brothers in the Diaspora as foreigners. Over the past two years, Jewish communities throughout the Diaspora have expressed frustration at the decisions to prevent their community members from entering Israel, and in many cases, preventing the reunion and reunification of families.

READ: Not letting Jewish tourists into Israel is legitimate

If Zionism is at the forefront of our values, then we must find creative solutions that are less harmful to the relations between the Jewish state and the Jewish people. Government ministries must convene and produce circumstance-specific criteria in which Jews can be allowed to enter Israel while maintaining health guidelines. Just as it is clear to us that Israelis cannot be prevented from entering Israel simply because it is their home, so we must work to find solutions for Diaspora Jews seeking to arrive in Israel, as it is their home as well.

Rabbi Warren Goldstein, Chief Rabbi of South Africa, expressed a feeling of alienation of Jews living in the Diaspora by the Israeli government’s recent decisions: “By doing what it is doing (denying entry to Israel for Diaspora Jews) the government is saying, ‘You are not part of us, we are not part of you, and our borders are locked to you. It’s a moral disgrace…”

Unattuned to the implications of the decisions denying entry to Israel, the Israeli government has been contemplating a Kotel compromise, as a “gesture” to Diaspora Jewry. Is this the most pressing issue challenging the Israel-Diaspora relations, one that must be dealt with in the midst of this global pandemic? Frankly, instead of arguing about the Kotel, we need to listen to the voices of Jewish leaders and communities in the Diaspora. Instead of Israel talking on behalf of Diaspora Jews, we must listen to their pressing concerns.

It’s time we realize that while COVID-19 persists, the support and confidence in Israel from Jews around the world may not. Israel must wake up and take action to welcome our brothers before it is too late.

About the Author
Nerya Meir is the head of the Diaspora department, at the World Zionist Organization.
Related Topics
Related Posts
Comments