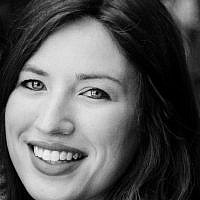 The Blogs
Michal Edelkopf
Apply for a Blog
Please note that the posts on The Blogs are contributed by third parties. The opinions, facts and any media content in them are presented solely by the authors, and neither The Times of Israel nor its partners assume any responsibility for them. Please contact us in case of abuse. In case of abuse,
Report this post. 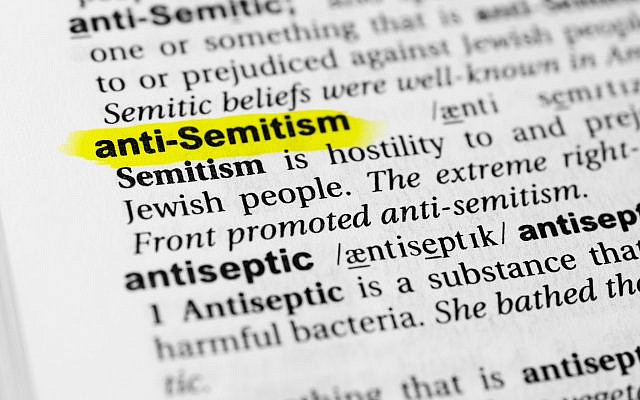 Anti-Semitism has once again reared its ugly head and this time the cause is COVID-19. Researchers in Israel have discovered that there has been a surge in anti-Semitic rhetoric and sentiment around the globe, blaming the Jews for the spread of the coronavirus and the economic downturn that has ensued.

Back in the day, the general population was uneducated and uninformed, fervently believing in witchcraft and bad omens, and had little understanding of disease and pathogens. Thus when Christian leaders gave impassioned sermons from their pulpits blaming the Jews for the spread of disease, it is somewhat understood why the people believed them. They needed somewhere to place the blame, and the Church had given them the perfect scapegoat. However, in 2020, when people are more educated and diseases more understood, and we have the ability to research anything at our fingertips, it is mindboggling that people can actually believe that the Jews have caused the virus. This blame game can only exist as a pure form of anti-Semitism and nothing else.

Interestingly, when the Jews were the scapegoat for the Black Plague that ravaged Europe during the 14th century, the Jews were blamed for the disease because they were the only ones who seemed to be immune from it, due to the fact that they regularly washed when going to the mikvah and before Shabbat and holidays. Today, the opposite is true, the Jews are being blamed for the virus because a large population of the Jewish community actually contracted COVID-19 and are being accused of spreading it to the rest of society. It’s seems to be a classic case of damned if you do, damned if you don’t.

It is unfortunate that government officials have been propellers of this anti-Semitic narrative. Just last week, NYC Mayor Bill de Blasio, in response to a gathering at a funeral for a leading Hareidi Rabbi, tweeted, “My message to the Jewish community, and all communities, is this simple: the time for warnings has passed. I have instructed the NYPD to proceed immediately to summons or even arrest those who gather in large groups.”

This seems unjust to only call out the Jewish community, particularly since it is only a minority of Jews who are breaking lockdown rules. There are many people who have been flouting the government lockdown procedures, not just Jews. The other day, I went for a walk with my family next to Niagara Falls. The lookout across from us was packed with people, and let me tell you it was not full of Orthodox Jews. Jews, particularly Orthodox Jews, are easily identifiable due to their garb of long beards, black coats and hats, and have thus become an easy target for the government to crack down on. If the funeral had been for a Muslim Imam or a Christian Pastor, would those communities have been individually targeted?

It seems that the coronavirus has also been a catalyst for a rise in Anti-Israel sentiment. The NY Times tweeted last week, “The Israeli Defense Ministry’s research-and-development arm is best known for pioneering cutting-edge ways to kill people and blow things up. Now it is turning to saving lives.” Instead of focusing on all the good that the IDF is doing, the author chose to vilify Israel for developing weaponry, for which they have every right to do so.

Why should Israel be demonised in the media for having an army that protects it’s people? Isn’t the purpose of every country’s army to develop advanced weaponry to ensure that it has the equipment it needs to defend its people from outside attacks, of which Israel unfortunately has many?

For the sake of comparison, did you know that the US Military also has a research and development branch that creates weapons that “kill people and blow things up”? The Defense Advanced Research Projects Agency (DARPA) was created with the mission to ensure the US’s superiority in all facets of warfare. This includes creating cutting-edge weapons such as missiles, hunter killer drones, guided bullets and laser weapons, just to name a few. Has the US Military ever been called out for this or been demonised in the media for doing all it can to protect American citizens?

Although the main point of the tweet was to show that Israel is finding innovative ways to tackle the current pandemic, the author couldn’t help but take the opportunity to criticise Israel. The truth is, that the purpose of the IDF has only ever been to save lives, whether that is through creating advanced weaponry or through utilising its high tech abilities to fight Covid-19.

Anti-Semitic rhetoric and Anti-Israel sentiment unfortunately is nothing new. However, unlike in the times of the Black Plague, we now have the ability and the opportunity to fight back. The benefit—and detriment—of social media is that opinions can spread throughout the globe in just seconds. But unlike those who use social media to spread hatred and lies, we can take to social media to spread the truth, to speak up against those who demonise us and choose to hate us for no reason other than the fact that we are Jews.

About the Author
Michal Edelkopf recently graduated Deakin University with a Bachelor of Arts and Bachelor of Laws, majoring in International Relations and Middle East Studies. Michal's passion and love for Israel led her to spend time at The Hebrew University's Rothberg International School in Jerusalem where her studies focused in depth on Israeli politics and the peace process. Michal is a native Australian who currently lives in Buffalo, NY with her husband and daughter. Follow her on Instagram @thewonderingaussie
Related Topics
Related Posts
Comments