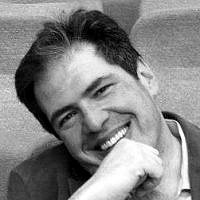 The Blogs
Felipe Goodman
Apply for a Blog
Advertisement
Please note that the posts on The Blogs are contributed by third parties. The opinions, facts and any media content in them are presented solely by the authors, and neither The Times of Israel nor its partners assume any responsibility for them. Please contact us in case of abuse. In case of abuse,
Report this post.

I sit to write this words exactly one month before our commemoration of Tisha B’Av, the day in the Jewish Calendar which we devote to mourning the destruction of both The First and Second Temples in Jerusalem. Our tradition teaches us that we are not only compelled to mourn the tragic loss of The Temple (a place where we as Jews believe the presence of God actually dwelt!) But we are also commanded to understand why it happened.

A little over a week ago I found myself with my family and members of our congregation, Temple Beth Sholom in Las Vegas, celebrating a wonderful young man’s Bar Mitzvah at The Egalitarian Side of The Kotel (The Western Wall) in Jerusalem. To say that I know Seth Mann, our Bar Mitzvah, well, would be an understatement. His parents wedding was the first wedding that I officiated at our newly built and renovated Temple back in August 2000. I could have thought of no more perfect setting for Seth to become a Bar Mitzvah than Jerusalem, specifically the Kotel. On The Morning of July 28, 2022 our Bar Mitzvah celebration was transformed into a horrific demonstration of שנאת חינם (baseless hatred) when we were attacked by a mob of Ultra Orthodox youngsters. Baseless Hatred our tradition warns about, was the main reason for the destruction of The Temple in Jerusalem. Baseless Hatred came to life before our very eyes that morning!

These young men who shouted horrible insults at us, who interrupted our celebration and prayers by constantly blowing whistles and shouting obscenities of the worst kind, didn’t just appear there as a mere coincidence. I want to ask a question seriously: Where are their parents? Where are their teachers? They should be tremendously ashamed of themselves. They send their children to learn and pray at Yeshivot for hours to no end and they manage to learn nothing! Where is the outrage of The Orthodox Community both in North America and in Israel? These young hoodlums that showed up at The Kotel that morning were there because they know… They know they can do this time and time again and walk away unharmed. They know that no one, absolutely no one will chastise them, that there will be absolutely no consequences to pay for ripping a page out of a prayer book and using it as a facial tissue. Imagine for a moment, these young men behaving like animals, shouting at us: “You are Christians and worst than Christians!” Well, I have many Christian friends that would never desecrate the name of God. My Christian friends, while we don’t have a common Theology and whilst we believe very differently, they certainly have shown greater love of The Jewish people, much more than these Ultra Orthodox Youngsters, their parents and their teachers. 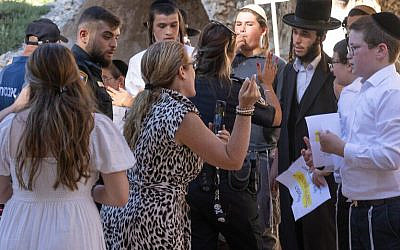 To my Orthodox colleagues who reached out: Thank you for your words of comfort, thank you for your kindness. However, know that your words are meaningless unless they are shared publicly. Know that this happens every month, know that this was not an isolated incident. It’s time for you to speak up and break your deafening silence. Jews are attacked at The Kotel by other Jews every single month. Remember the teaching of our Sages in The Talmud: “Silence is acquiescence!” I have seen time and time again the pictures of my friends and colleagues, the pictures of my teachers being spat at, beaten up and publicly humiliated month after month for way too long. I never imagined that this could happen to my family, to my congregants, and more importantly to a young man starting his adult Jewish Journey.

I must also say how proud I am of our Bar Mitzvah that Rosh Chodesh Tammuz, Seth Mann used the words of The Torah as a shield against hatred. He did by intuition what the other youngsters around him have been taught their whole life to do but never learned. He internalized the message of our tradition in such a way that you could see the words of Torah being pronounced by his lips literally lift us, both spiritually and physically to understand what Israel should mean to all of us.

Here is what I can’t forgive… The Israeli Police, what an absolute Joke! I marvel at how I have seen and heard heads of The Israeli Police at ceremonies at Auschwitz of all places, speak of how they wish they could have been there to defend and protect our people. Before dreaming the great dreams, we must start by our own home. The Israeli Police that morning on July 28, 2022 played a pivotal role in the events that took place at The Egalitarian Kotel by allowing them to escalate. They had a choice and they actively chose to DO NOTHING!

To my daughters who witnessed their mother trying to shield them from this madness, to my daughters who will never forget what happened that day, to my daughters whose immediate reaction was to ask me how I could continue to support Israel so fervently like I have always done after what happened, to them I say: I love Israel, I love both the land and its people, we don’t have the luxury of being detracted from our sacred mission of ensuring the survival of The Jewish People by a group of beasts! I will always support Israel because my family, my friends, they all call it home and as imperfect as it is, Israel is ours, every inch is Holy, not only Jerusalem and not only The Kotel. I love Israel even though sometimes I feel Israel doesn’t love me back, whatever my differences may be, I can never allow hatred to conquer my thoughts and take over my actions.

This Tisha B’Av as we sit down to mourn the destruction of our Temple in Jerusalem, may we all have the insight to understand that it could happen again! We have the ability to stop it, we have the ability to change. Time and time again we chose to remain silence and do nothing. It is time for us to act, tomorrow may be too late!

About the Author
Felipe Goodman lives in Las Vegas where he has been the rabbi of Temple Beth Sholom, a Conservative Congregation for the last 15 years. A native of Mexico City, Felipe grew up as an ardent Zionist and an active Jewish student leader. He is currently a member of The Executive Council of The Rabbinical Assembly and is working on the completion of his book: Torah From Sin City!
Related Topics
Related Posts