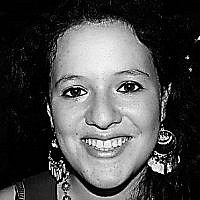 I’m part of a generation of young Jews who have been on a journey of learning a more complete truth about Israel-Palestine’s past and present.

Through visits to Israel-Palestine, conversations with Israelis and Palestinians and lots of reading, I became able to comfortably dismiss the Hasbara I had been taught to regurgitate.

Yet despite being unapologetically and unconditionally committed to ending the occupation, for many years, I still found boycotting Israel an incredibly difficult and uncomfortable concept.

I couldn’t find fault in the arguments for a boycott, and enthusiastically promoted boycotts around other issues, but the concept of Israeli boycotts still made me feel deeply uncomfortable.

My views on Israel-Palestine had moved on, and in theory boycotts made a lot of sense, but I couldn’t get past how the concept of boycotting Israel had made me feel before I set out on this journey.

I was taught to see BDS as an aggressive attack on the very essence of Judaism, and I had taken that narrative to heart – BDS did indeed make me feel physically threatened and scared, and continued to do so even as my views around Israel changed so drastically.

By acknowledging that my feelings around boycotts were vestiges from a former, less-informed, self, I slowly but surely came to embrace boycotts.

I had dropped my moral support for the occupation many moons ago, and it was now time to stop financially supporting it.

. To be anti-occupation means recognising that dialogue is only useful as a route to concrete action, rather than an alternative (looking at you, UJS).

To be unconditionally anti-occupation means recognising that this is urgent.

We don’t have time to wait and see if Netanyahu will eventually care about us verbally condemning the occupation.

You simply can’t be anti-occupation while fighting against the nonviolent movement by which the Palestinians choose to struggle against the occupation.

To show solidarity with Palestinians means being committed to ending the occupation on their terms and their timescale.

It’s an abuse of our privilege to dismiss their nonviolent actions or the urgency of the situation.

Not so long ago, we were in the minority, fighting for the ability for Jews to be critical of Israel in our UK Jewish community.

The people who dismissed us then have now taken up the anti-occupation role for themselves.

While it’s becoming increasingly acceptable for Jews to speak out against the State of Israel, boycotting Israel is still a red line for our community.

I know many young Jews who have confided in me their support of boycotts, yet are too scared to speak out.

Their fear is not unjustified, pro-boycott Jews face intimidation and harassment by many in our community, and are constantly having their Jewishness questioned.

It was not Moses who led the Israelites through the Red Sea, but Nahshon who waded in up to his nose before the sea parted.

And this is us, pro-boycott Jews wading further and further into the sea while the rest of the Jewish left look on, waiting until it’s safe for them to join.

But Divine intervention is not going to help here.

We need every Jew who’s quietly supporting boycotts to join us in speaking out.

For if not now, when?