For those among us who like to kvell over Jewish achievements, here’s some fresh material, courtesy of the Pew Research Center. The US Senate just added one more Jew to its ranks with the election of Jon Ossoff in Georgia.  He will be the first Jew elected to the Senate from that state, and Raphael Warnock, who also won in yesterday’s runoff, will be their state’s first black senator and only 10th in history.

Ossoff, 33, will be the youngest senator elected since Delaware sent Joe Biden to the Senate in 1972.  Biden was 13 days short of 30, the minimum age for a senator. In two weeks he will become the oldest president ever elected.

Jews may be 2% of the US population, but are 6% of the US Congress.  There are two Jewish Republicans and 23 Jewish Democrats in the House and 8 — soon 9 — Jewish senators, all Democrats.

Incidentally 2 of the 9 Justices of the Supreme Court — Stephen Breyer and Elena Kagan — are Jewish.

There are 3 Muslims in the 117th Congress, two Buddhists, two Hindus and 9 Mormons.

While Christians generally and Protestants, in particular, make up a large majority, by denomination there are more Jews than Anglican/Episcopalians, Presbyterians, Lutherans, Congregationalists, Pentecostals, Adventist and Orthodox Christians.  With Ossoff’s election, there will be only one more Methodist than Jews in this Congress.

When I went to work at AIPAC in 1980, I published a list of Jewish members of Congress in our newsletter, Near East Report.  I was shocked by the response.  Two members of the House of Representatives called to object to being excluded; we explained that they did not identify as Jewish in the official Congressional Directory but as Christian.  True, they told me, “but I was born Jewish.”

More surprising was the number of non-Jewish lawmakers who wanted me to know they had Jewish grandchildren, spouses, ancestors and other relatives.  One told me in our first meeting that while growing up in Cleveland, which was also my hometown, he had been a “Shabbos goy” for Orthodox families.

Most surprising was the reaction of several members of the AIPAC board.  It was typical of may in their generation who grew up in the Thirties and Forties, and was essentially, “Shah, what will the goyim think.”  One didn’t even want to be publicly identified himself as an officer of the group lest his employees find out he was part of the Jewish lobby. Many also object to AIPAC being called a Jewish organization, even though there were no Jewish officers on the board for many years. 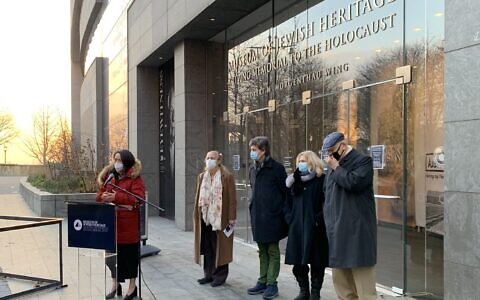 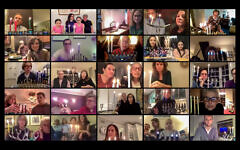 How the Lessons of Covid Will Shape the Synagogue of Tomorrow
Joshua M. Davidson 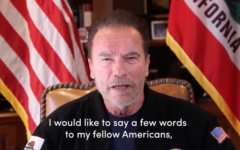 Clinging to Faith Even in Catastrophic Times
Tzvi Hersh Weinreb 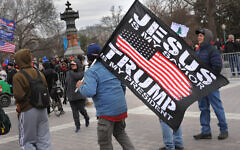 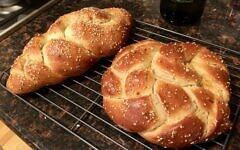 How Challah Has Sustained Me Through Covid-19
Natalie Mendelsohn