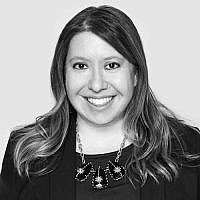 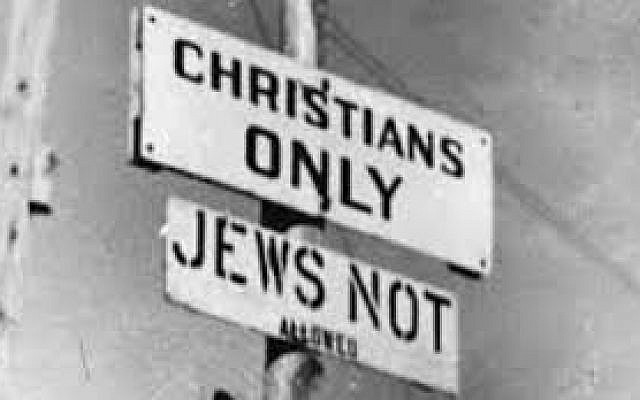 Jews these days seem to have a very complicated relationship with who we as Jews are, many think Judaism is a religion, it is not. Judaism is something that Jews practice. Someone who converts to Judaism does not genetically become Jewish, but practices Judaism. And many liberal Jews especially, erroneously view themselves as racially white, which is interesting, considering that white people never considered us part of their race, and they are correct.

The outdated categorization of race is based on skull composure, divided into Mongoloid, Negroid, and Caucasoid. With the advent of genetic technology race is now more defined based on haplogroups and genes. Science has confirmed what Jews have known for thousands of years, that we are an ethno-religious tribe, connected genetically. Lighter skinned Ashkenazi Jews have more in common with darker skinned Mizrahi Jews than they do with any European. The issue in America in terms of Jews’ mistaking identity is that many here are Ashkenazi, those whose families are from European countries. In Israel, the majority of Jews are Mizrahi and are primarily from Arab countries. Yet all Jews are from Israel, and even more specifically, Jews today have been traced back to Judea, the tribes of Judah and Levi specifically.

The argument many liberal Jews, in particular, make about race is that because Hitler weaponized race, that Jews should not be considered a race. In the US, even before the Holocaust near decimated the Jewish community in Europe, Jews were never considered white. Today the talk is focused on systemic racism, yet there was also systemic anti-Semitism.

Jews were often grouped in with black people in terms of limits to where Jews could work, where Jews could live, and where Jews could study. It was not until 1968 that Jews could live in parts of Florida. Housing discrimination against Jews was firmly in place in parts of Illinois and in Michigan. Only in 1968 were Jews finally allowed to purchase property in areas of Southern California. From the 1920s to 1960, Jewish people faced severe admissions quotas at Ivy League universities. This term was titled ‘Limitation of Numbers.’ Hollywood was created by Jews as an outpost of Jewish theater which resulted from Jewish actors not being hired by whites. The KKK was not against white people, but had and still has hate towards blacks and Jews alike.

Originally I was eager to emphasize that Jews are a race due to 2020 being a Census year, and the importance to ascertain Jewish rights especially when anti-Semitism was at its apex in 2019. Protection under religion does not carry the same weight as protection under race, and after numerous years of attempting to legalize Jews as a race once again in the US (until a few decades ago, Jews had the option to choose ‘Hebrew’ on the census), President Trump legally granted Jews racial protection under Title VI.

Right now with the band-aid on race ripped off after the brutal killing of George Floyd, liberal Jews especially are now wrongly identifying as white to join in the collective white guilt felt across the left. It is not wrong to want to reform criminal justice, it is not wrong to want justice for those who were killed while unarmed. It is wrong to pretend to be white when the white people always considered you the other.

The alt-left and the alt-right today lie that Israel is a colonialist country with ‘white’ Jews who ‘enslave’ Arabs. That is the messaging from CAIR, from Black Lives Matter, and from a slew of other antisemitic groups. To accept being falsely labeled as white by others and within, is to completely misunderstand who Jews are, it is to eschew the very real connection Ashkenazi Jews have to Sephardic Jews, to Mizrahi Jews and to black Ethiopian Jews, to Indian Jews, to Bukharian Jews, to Persian Jews.

Being Jewish in America should not carry guilt, but pride. Pride that despite thousands of years of systemic oppression in every land we lived in outside of Israel, we as a people rose above victimhood. And in America we were determined to thrive despite every obstacle and assault. Yet to those Jews who are leftist, you should feel guilty, guilty for voting for racist political policies.

When Democrats bar school choice for black inner-city parents, that is racist. Defunding the police will only hurt innocent black people who want protection from criminals, just like any other group. The negative effects of police reduction already have been proved in Ferguson, Missouri and other locations. Voting for Joe Biden, who in 1994 passed the most racist crime bill in the history of the country, affecting black youth to this day, is not advocating for black people.  Hating President Trump who passed the First Step Act, an actual criminal justice reform initiative to reduce excessive sentencing for non-violent crimes, is hypocritical.

While the leftists demonize white people, and though being white is not a crime, Jews have never been, are not now, nor ever will be racially white. If Jews do not know who we are as a people, we will not have a firm foundation upon which to stand when pushing back against anti-Semitism, which today is most pervasive on the left.