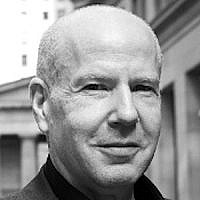 The Blogs
Matt Sweetwood
BUSINESS CONSULTANT • SPEAKER • AUTHOR • COACH • PHOTOGRAPHY EXPERT
Apply for a Blog
Advertisement
Please note that the posts on The Blogs are contributed by third parties. The opinions, facts and any media content in them are presented solely by the authors, and neither The Times of Israel nor its partners assume any responsibility for them. Please contact us in case of abuse. In case of abuse,
Report this post.

I know that saying publicly, Jews should stop wearing hats or kippot in public is going to get me condemnation from the Jewish community. I live in New York City, where by most estimates, almost one and a half million Jews live and work. Most Jews here, myself included, do not wear head covering as a daily practice. However, there are large religious communities here where essentially everyone does.

Unfortunately, there has been a growing increase in the number of hate crimes here in the U.S.  In particular, according the ADL (Anti-Defamation League), anti-Semitic incidents surged 86 percent in 2017.  From the New York Post, “…continuation of a consistent trend where states with large Jewish populations are seeing the highest number of incidents. New York, New Jersey, Florida and Massachusetts have all seen numerous incidents.” New York’s mayor vowed to crackdown on such incidents. But the police can’t stop hate. No one can.

I recently read an article by the highly esteemed author of 19 books, Rabbi Benjamin Blech, titled “Jews, Hats & Modern Anti-Semitism,” where he very articulately and passionately makes the case that “the only antidote to anti-Semitism is pro-Semitism.” He concludes, “If we remove the signs of our Jewishness to appease our enemies, we have already lost. The hat is but a symbol – yet it is a mighty symbol of our firm belief that the Almighty rules the world and, as He promised in the Torah, He will bless those who bless us and those who curse us He will curse.”

Quiet frankly, I find these intellectual religious arguments useless in real life and not very comforting to people who feel the pain and suffering of actual acts of anti-Semitism.

The truth of the matter is that Jews are at war, no matter where we live. Not by choice but forced into battle-mode by the awareness that there are tens of millions of people walking this earth that, if given the ability, would wipe every Jew off the face of the earth. And there are hundreds of millions more that would cheer them on. And these hateful enemies, in many cases, live amongst us.

I would suggest we take a smarter approach. One doesn’t walk in a poor neighborhood, flashing cash all over the place.  One doesn’t enter battle letting the enemy know exactly where they are when the enemy itself is hidden. In fact, I have found from experience that keeping a lower profile on my “public Judaism’ can be very enlightening. My last name was changed from Zys hʼlẕ (pronounced “Zees Holtz”) to its literal meaning, Sweetwood, by my mother over 60 year ago. Most people don’t think I am Jewish.

Many years ago, I moved into a new home in an affluent suburb of New York with my wife and five young children. Our next-door neighbors invited us over for a welcome barbecue. During casual conversation, we discussed possible towns that we had previously considered living in. When I mentioned that we had considered Livingston, New Jersey, my neighbor responded, “we did too, but there were too many Jews living there.”  The next day, a large bouquet of flowers arrived at our home and a heartfelt apology note containing a promise to change his thinking and promise to never do that again. My “Jewish stealth” helped change someone for the better. If I had been wearing a kippah, I am not sure I would have found out his thoughts about Jews.

Rabbi Blech makes the argument that the reason Jews have survived through our traumatic history is that we have kept our Jewish Identity. And he believes a big part of that is wearing head covering in public. I would maintain that our identity, and the reason Jews have survived thorough it all, is founded in our tremendous will to survive and our drive to be more learned and smarter than the enemy.

Recently, Josef Schuster, the president of the Central Council of Jews in Germany, urged Jews not to wear Kippah publicly. This was a week after two Jews wearing kippot were attacked in Berlin by a man spewing anti-Semitic vitriol in Arabic. So, be smarter than them, take your Kippah off in public, don’t let the haters know who you are. You want to be able to come back another day to fight the enemy on your terms, not theirs. Or at the very least, make it home alive to see your family.

About the Author
Matt Sweetwood is a business consultant specializing in technology, retail, and distribution. He is an internationally known professional speaker, author and life coach. With over 30 years of entrepreneurial experience, Matt has been credited with the reinvention of the modern camera store, as well as the country’s largest in-store photography education program. However, his greatest achievement is having raised five successful children to adulthood as a single dad. He is a frequent TV and publication contributor and has a #1 best-selling book: “Leader of the Pack: How a single dad of five led his kids, his business and himself from disaster to success.”
Related Topics
Related Posts
Comments