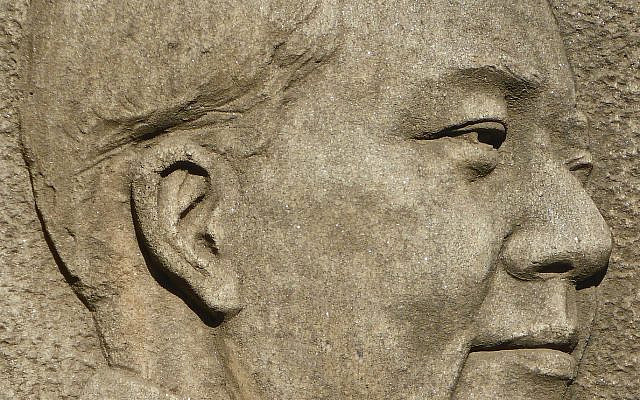 Image by Siggy Nowak from Pixabay

I have no idea what Jeremy Corbyn thinks about the Continuity IRA (does he have any ‘friends’ with whom he profoundly disagrees?)

But one thing I do know: since the Fall of the Red Wall and the Class Curtain, a spectre has been haunting Britain: the spectre of Continuity Corbynism!

And regardless of how well people may feel Starmer is doing on the topic of antisemitism (and not necessarily without justification!), neither Corbyn nor Starmer have ended up doing a mass purge of their political opponents.

Albeit, John O’Donnell did have a bit of a spicy take on how neurodivergent individuals had the duty of  ‘eyeballing’ top party cadres was mildly reminiscent of the Red Guard incitement from a time when a United Front against Maoism was an uncontroversial, non-sectarian idea in the UK…

(In passing, as a neurodivergent individual myself, I should probably point out that O’Donnell’s choice of words appears to show he may be inadvertently confusing autism and other such diagnoses with some rare and highly idiosyncratic form of self-induced paralysis; then again, it wouldn’t be the first time Labour have ended up completely immobilised under the weight of their own psychosomatic delusions!)

Anyway, there’s no point dismissing Labour’s hope and prospects of making restitution on past poor behaviour: unlike Communism, all major world faiths place a premium on forgiveness and on a certain rugged realism on the topic of human nature; only when these values are forgotten, do we end up straying into superstition.

It’s only all these silly, porch-tramping, fundamentalist cults like Marxism or Fascism or even ultra-market ideology that are superstition all the way through!

And that’s why walls will fall, and fall, and fall again, until we human beings learn to stand above political Scientology and the various L Ron Hubbard figures of all parliaments and councils.

But it’s still important, of course, to recognise that being open to forgiveness is not the same as being naive.

There is a grace according to knowledge, and not to naivete alone.

The New Testament saying ‘be you then wise as serpents, and harmless and doves’ doesn’t come from the Torah, but it does serve as a very good characterisation of important figures in the Jewish faith, such as the intrepid prophet Elijah, or valiant King David.

And in this regard, it’s important to have a bit of historical retrospect from time to time, to see what errors have been made in the past, so that we can track how far the Labour Party is moving beyond them: not just in terms of this or that specific individual, but really in terms of the Zeitgeist, to if any general consensus within the party can be discerned over time.

Hopefully one that is not only positive and healthy, but fairly widely shared!

Corbyn once had a ‘cordial and constructive’ exchange with Shifty Xi about human rights.

Xi also made the Laffer Curve rise on time, hence ‘the remarkable Chinese achievements in poverty-reduction, lifting over 600 million people out of poverty.’

Nothing like making a virtue of necessity, eh Jez?!

So if nothing else, Corbyn’s keen sense of the frailties of human nature and keen sense of moral realism is very much to his credit. 😉

Who’s that standing, dressed in red?

The UK has a tense relationship with China, as well as with North Korea.

Abbott believes the anti-CCP rhetoric she speaks of here is driven by anti-Chinese sentiment, not anti-Party sentiment.

I wonder what her next video will be about?

I’m guessing it will likely be about Koreaphobia, perhaps!

I mean, nothing would surprise me at all, by this point…

4. Oldie But a Baddie

Well, they say political literacy is on the slide, but Genius John O’Donnell is actually pretty erudite here, even by the avowedly high standards of Marxism.

Top marks for finding a quote rather a lot of MPs would have struggled to find, even with the aid of Google.

Top marks for erudition, less so for optics, and indeed for moral discernment in the tangled thickets of intellectual history.

We need Labour on side for the United Front, so let’s hope any blushes will lead to something better as times goes by.

The UK will stand by everyone who is under threat from the Party, whether in the PRC itself, or in the world as a whole.

There’s an old saying the Labour Party owes less to Marx than Methodism.

People of all faiths and none can only hope, and for many of us, pray, that a higher, more universal moral vision will win out.

THANK YOU FOR READING MY LATEST UNITED FRONT ARTICLE. MAY ISRAEL, AND EVERY NATION, AND EVERY FAITH ON EARTH, UNITE IN UNITY AND COURAGE TO BRING PEACE AND HEALING TO THE WORLD!

About the Author
Jonathan Ferguson is an honorary Yorkshireman, originally from Northern Ireland. Unfortunately however, it is utterly impossible (or at least something of a thankless task!) to note the slightest trace of Swiftian bantz and blarney in his scrupulously highminded and middle of the road prose style. He is also a Chinese graduate of the University of Leeds (BA, MA) and King's College London (PhD). On a deeper level, he is a curious mind and a recovering cynic; or to put it another way, an Orthodox Christian. He is a very hardline critic of the CCP and its allies, although beneath the contrarian tone, it all comes from a deep place of love. If you like (or love, or even absolutely HATE!) his work, then by all means comment on his work, or write to him in the personal comment box on his Times of Israel profile... Or alternatively, in the very worst, ne plus ultra cases of radical fanfatuation, just click "HERE" to become a Patron!
Comments