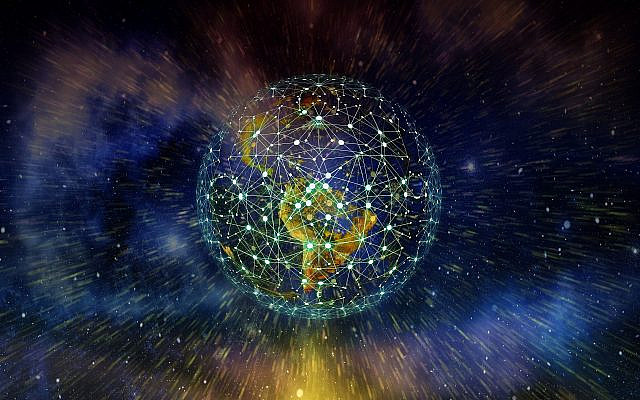 You know those movies, like Independence Day, where people put aside their petty differences in the service of a much higher cause?

Well, we’re living in one now!

And rather as Woody Guthrie and George Orwell were able to put aside sectarianism and understand the true evil of the Nazis for who they truly were, so also should people of every faith and every nation be able to put aside secondary geopolitical rivalries in order to confront the Chinese Communist Party, or CCP: an unspeakably malevolent material and ideological abomination, causing desolation and despair for as far as its hideous claws can reach.

The mass internment, rape, torture and indiscriminate murder in the self-styled ‘People’s Republic of China’ is every bit as abhorrent and destructive as that of the self-styled ‘Islamic State,’ except that the Islamic State has already taken one hell of a beating, while many people worldwide are not prepared to stare the reality of the CCP in the face!

From the Jews of Kaifeng to the Muslims of Xinjiang, from Tibetan Buddhists to Hong Kong Christians: the undying hatred the Party has for all human beings, and indeed all living creatures, is an unceasing, unquenchable, foaming brew of internal ressentiment…

One which does not even stay within its own borders, but is committed to constantly meddling and interfering elsewhere.

Chinese exceptionalism will brook no compromise: like Daesh, the Party regards all compromise as a sign of weakness, and as it grows stronger, the time to stand firm is NOW!

Appeasement and collaboration are to no avail, even if they were a remotely moral response.

Opposing the Party’s increasingly dictatorial stranglehold over the entire world is a non-negotiable moral necessity, and has nothing to do with ‘imperialism,’ because the Party itself is deeply imperialistic.

And not just to the Tibetans, the Hong Kongers or the Xinjiangese, or indeed the Mongolians; or even to its immediate neighbours.

There is simply no end to the boundless arrogance and hubris of the CCP, and the more people pander to it, the deeper the seething hatred it has for all who lack the dignity and the courage to stand up to it.

Any secondary geopolitical disputes have to be subordinated to this core concern.

In fact, peeling away big countries from toxic allies they share with the PRC is a welcome secondary side effect, although hardly the main point at issue.

Do 8 billion people have the courage to say ‘Never Again,’ and really mean it?