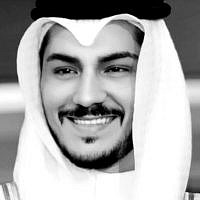 The Blogs
Amjad Taha
Apply for a Blog
Please note that the posts on The Blogs are contributed by third parties. The opinions, facts and any media content in them are presented solely by the authors, and neither The Times of Israel nor its partners assume any responsibility for them. Please contact us in case of abuse. In case of abuse,
Report this post. 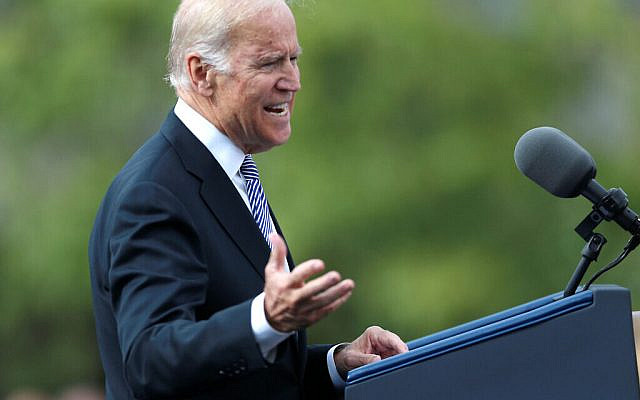 Biden needs to understand that the world has changed: countries like UAE & Israel lead the MENA.

Israel, Bahrain and UAE have stressed the concern they all share over Tehran’s nuclear program, ballistic missiles, and activities across the Middle East. As well as this, a joint regional position on these issues will exert greater influence on the United States. However, the question remains, how much of that will president Joe Biden listen to?

With the Palestinian authority calling for an election, and president Joe Biden’s indication of his desire to re-join the 2015 Joint Comprehensive Plan of Action, this will mean that negations will arise as Iran will ask the Hamas terrorist militia to hijack the election and the chances of them taking over PLO will be very high. This act could infiltrate the idea of peace, and certify the Iranian revolutionary guards mini state on the borders of Jorden and Israel.

As for today, Biden’s administration should understand that the situation is no longer the same as it was during Obama’s presidency. Although Trump may have a lot of negativity attached to his reputation, he has succeeded in changing the perceptions of power in the East and the impact and importance which Iran’s role carries within the Middle East.

The Gulf states are no longer weak, but countries like the Kingdom of Bahrain, despite its small size geographically, have become influential and played a major role in supporting Egypt’s army to combat the Brotherhood and terrorism and participated in the war against Iran’s militia in Yemen. The United Arab Emirates was also able to succeed in changing the military and political equations in Libya, North Africa, and imposing a reality that made the world stand with Abu Dhabi by demanding the expulsion of Turkey’s militia from western Libya.

With the support of the Gulf states, Sudan is now in a more secure than ever state, and with the mediation of the Gulf states, Morocco and Sudan entered the peace train with Israel. The Arab world economic and military power today is concentrated in the Arab Gulf, and all Arab countries view the GCC countries as the most developed, successful and prosperous.

It is very apparent that America will not stand against its interests in the Gulf in order to favour Iran. However, what America is required to know, is that if the Gulf states are forced to make a firm decision, they will do so. As they did during the presidency of Obama. During March 2011 the GCC responded to the request from Bahrain by sending its Peninsula Shield Force to assist the Bahraini government in defeating Iranian backed riots in the country (which were supported and backed by Obama’s administration).

Times like these cannot be forgotten, as countries like the Emirates and Bahrain have a strong and resolute ally, which is the State of Israel. Over the years, this ally has not changed its position and has continued to refuse any negotiations with the Iranian regime. However, the USA has and will continue to change its positions and allies with every change of presidency.

What needs to be made clear to Biden, is that the Arab world view and can compare the Iranian regime to the Nazis, however, the only difference is that Iran located within the Middle East. The Iranians have continuously proven to be fascist and racist towards all kinds of Arabs. Since the 1970s, the Iranians have occupied three of UAE’s islands. Iran has murdered millions of Arabs by inflicting and supporting multiple wars such as the ones located within Iraq, Syria, and Yemen and they’ve supported every terrorist attack in Bahrain, Saudi Arabia, and Kuwait.

The citizens as well as the governors of GCC people know that Israel were not responsible for blast explosions near the Kaaba, and they did not target Makkah with its missiles. Israel did not manufacture militias that kill the people of Iraq and Yemen, nor did they swing pictures of Netanyahu in southern Lebanon, or occupy Syria, Ahwaz, and the Emirates Islands. Israel did not kill 4,000,000 people and make 7,000,000 migrate. Rather, Iran is responsible for all of the aforementioned situations and Iran continues to prove that they are the enemy of humanity as well the enemy of the Arab nations.

Now is the time that we should unite together in order to thrive together and to stand together as one against one enemy. Regardless of Biden’s suggestion to take a step back to square one by re-joining the 2015 Joint Comprehensive Plan of Action, we need to live in peace and prosperity and coexistence and have a mutual culture and religious understanding.

About the Author
Amjad Taha is the Bahrain-based Regional Director of the British Middle East Centre for Studies and Research, the author of “The Deception of the Arab Spring”, and an advisor to senior GCC government officials.
Related Topics
Related Posts
Comments