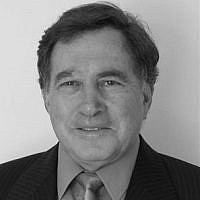 The Blogs
Martin Sherman
Apply for a Blog
Please note that the posts on The Blogs are contributed by third parties. The opinions, facts and any media content in them are presented solely by the authors, and neither The Times of Israel nor its partners assume any responsibility for them. Please contact us in case of abuse. In case of abuse,
Report this post. 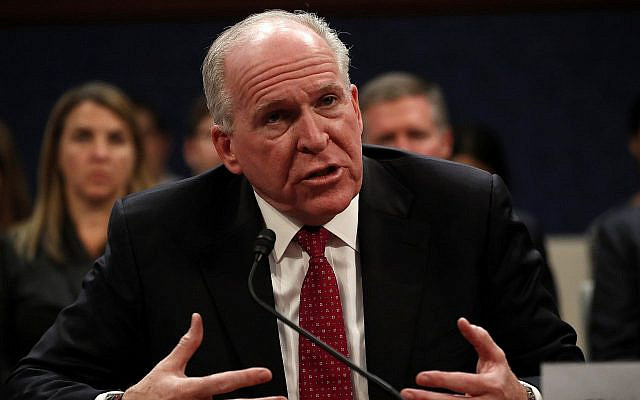 It has been over a week since the lynchpin of the Iranian nuclear project, Mohsen Fakhridazeh, was killed in what appears to be an immaculately planned and flawlessly executed strike by elusive and yet to be identified assailants. Nonetheless, analysis of what took place and speculation of what might take place as a result, are still at the focus of considerable media attention.

While no state or organization has claimed responsibility/credit for the action, and despite the fact that a good number of interested parties had reason to approve of his sudden demise, suspicion fell chiefly on the secret intelligence service of Israel, the Mossad.

Depressingly, but not unexpectedly, international condemnation was both swift and widespread.

Thus, the EU’s High Representative for Foreign Affairs and Security Policy, Josep Borrell, issued a disapproving statement, calling the killing “a criminal act [that] runs counter to the principle of respect for human rights the EU stands for.”

In similar critical vein, Britain’s Foreign Secretary, Dominic Raab expressed concern over “the situation in Iran and the wider region [where] we do want to see de-escalation of tensions.” Although he admitted that “We’re still waiting to see the full facts…of what’s happened in Iran,” he nevertheless stressed the need to “stick to the rule of international humanitarian law which is very clear against targeting civilians.”

Significantly, as Ron Jontof-Hutter deftly points out, both Borrell and Raab seem either woefully misinformed or willfully misleading in describing Fakhrizadeh as a “civilian/official.” After all, it is widely known that he was a brigadier general in the Islamic Revolutionary Guard Corps, not only an elite and highly privileged arm of Iran’s military, but also designated a terrorist organization by the US in April 2019.

But perhaps the most alarming and annoying reaction came from John Brennan, who served as the Director of the CIA under the Obama administration (2013-17). In a series of tweets immediately after the attack, Brennan decried the killing of Fakhrizadeh in the strongest of terms.

Although professing not to know the identity of the assailants or whether “a foreign government” was behind the murder of Fakhrizadeh, he nevertheless began by deeming the attack an “act of state-sponsored terrorism” and “a flagrant violation of international law,” which was likely to “encourage more governments to carry out lethal attacks against foreign officials.”

I do not know whether a foreign government authorized or carried out the the murder of Fakhrizadeh. Such an act of state-sponsored terrorism would be a flagrant violation of international law & encourage more governments to carry out lethal attacks against foreign officials.

He went on to characterize the action as “…a criminal act & highly reckless”, warning that: “It risks lethal retaliation & a new round of regional conflict”.

When operating in foreign countries, secret intelligence forces are ipso facto in contravention of the law of the land in which they operate. Indeed, as part of their job description, they may abduct, extort, illegally acquire classified information and, yes, assassinate individuals deemed a grave threat to their homeland.

This is, of course, something that Brennan is well aware of – since he was, as the New York Times dubbed him: “the chief architect of a clandestine campaign of targeted killings,” and “the principal coordinator of a ‘kill list’… overseeing drone strikes by the military and the C.I.A.”—see here and here.

Good for the goose but not for the gander?

Indeed, the Brennan-orchestrated campaign spanned large swathes of the globe—including Afghanistan, Pakistan, Somalia, and Yemen, comprising around an estimated 14,000 strikes. Of course, unlike the targeted killing of Fakhrizadeh, which resulted in little to no collateral damage, the US drone strike caused significant civilian casualties, with estimates ranging from just under 1,000 to just over 2,000 fatalities, including hundreds of children – and leaving thousands injured.

In fact, according to one BBC report, local residents stated that they were more afraid of the US drones than they were of the terrorists, who the drones targeted (also see here). Indeed, Amnesty International designated the US extrajudicial killings as unlawful – some of which might even be considered war crimes. Moreover, as for the efficacy of the drone campaign, many see the collateral damage wrought on civilians as spurring recruitment to the very terrorist groups it was designed to curtail.

Indeed, Brennan has been harshly berated by human rights organizations—much along the lines that he himself castigated the strike against Fakhrizadeh; while his integrity in accounting for the results of the drone campaign, has been gravely impugned. For example, the Bureau of Investigative Journalism asserted that Brennan’s claims regarding civilian casualties “ do not appear to bear scrutiny”; while The Atlantic was even more brusque, alleging reproachfully: “Brennan has been willing to lie about those drone strikes to hide ugly realities”. It derisively designated his assertion that: “there had been zero collateral deaths from covert U.S. drone strikes in the previous year, an absurd claim that has been decisively debunked.”

Following his previously cited derogatory tweets, Brennan tried to differentiate his drone campaign from the targeted killing of Fakhrizadeh. Accordingly, he tweeted:

These assassinations are far different than strikes against terrorist leaders & operatives of groups like al-Qaida & Islamic State, which are not sovereign states. As illegitimate combatants under international law, they can be targeted in order to stop deadly terrorist attacks.

So, according to “Brennenesque logic,” preemptively blowing away a “bad guy”(together with several unfortunate collateral bystanders), who was allegedly plotting to slay several hundred is completely justified, but eliminating a high ranking military figure (with zero collateral casualties), who was unquestionably planning the destruction of several million is a heinous “act of state sponsored terrorism” and “a flagrant violation of international law.”

It was with good reason that General (ret.) John “Jack” Keane, former Vice Chief of Staff of the United States Army, took exception to Brennan’s remarks.

In a Fox News interview, he remarked tersely: “…that’s pretty extraordinary. It takes a lot of gall to say something like that in the face of what Israel is dealing with, with Iran.”

He went on to clarify:

I mean Iran is a threat to the United States. They’ve proven it. They’ve blown up our embassies they’ve killed our soldiers in Iraq. They’ve killed thousands of us in the [last] forty years. But they are not an existential threat… They are not challenging the survival of the United States. Nuclear weapons in their hands with ballistic missiles and the continuous and repeated threat to destroy the State of Israel. Iran is an existential threat to the survival of Israel…that is why their actions are so different than ours.

With some surprise and disapproval, Keane added: “I’m stunned that a former CIA director would not recognize this level of intensity and determination for what it really is – it is to protect the security of the Israeli people.”

Elsewhere, Keane robustly disputed Brennan’s earlier tweets: “I’ll take issue with … those statements… It’s the arrogance that comes out of America at times when we are so dismissive of what our allies are really dealing with…what they deal with every single day in terms of a threat. So here we have the Iranians, that for every single year for 40 years have stated that they want to destroy the State of Israel and they want nuclear weapons and missiles to deliver them as the means. And they talk openly about it. But we’re just dismissing that. We’re not going to take it seriously. The Israelis shouldn’t be doing anything that could potentially lead to a “lethal reaction’. ”

So, it seems that it is not that Israel’s detractors do not recognize that states have a right to undertake actions that Israel has undertaken. It is just that they feel that Israel should be denied that right!

If there is call for a unique and prejudicial standard to be applied to Jews alone, both as individuals and as a collective, then there is little choice but to conclude that what we are witnessing is not mere hypocrisy, but blatant anti-Semitism – little more than an expectation the Jews should in fact consent to die meekly.

It should be exposed as such and treated accordingly.

About the Author
Dr. Martin Sherman is founder and executive director of the Israel Institute for Strategic Studies. He served in operational capacities in the Israeli Defense establishment. for seven years, and was a ministerial adviser to Yitzhak Shamir's government. Sherman also lectured for 20 years at Tel Aviv University in Political Science, International Relations and Strategic Studies. He holds several university degrees: a B.Sc. (Physics and Geology), an MBA (Finance), and a PhD in political science and international relations. He was the first academic director of the internationally renowned Herzliya Conference and is the author of two books and numerous articles and policy papers on a wide range of political, diplomatic and security issues. Sherman was born in South Africa and has lived in Israel since 1971.
Related Topics
Related Posts
Comments