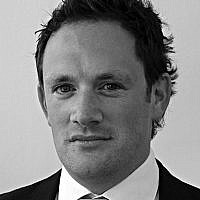 The terror attack this month on the Temple Mount that killed two Druze policemen should be viewed as a strategic attack.

It was significant in that it was carried out by Arabs with Israeli citizenship and included unprecedented desecration of the Temple Mount, by bringing in automatic weapons and launching an attack from there.

In hindsight, it can be assessed that Israel responded tactically. Focusing on the immediate locale of the attack, overnight it set up metal detectors – a reasonable response to a specific tactical blind spot.

Last Friday, again, the police responded tactically, augmenting officers at points of friction, limiting access to men over 50 (no restriction on women) and stopping buses of Israeli Arabs from reaching the capital.

At the same time, the responses from Israel’s partners in the Arab world have been deeply disappointing. Palestinian Authority chairman Mahmoud Abbas was particularly unhelpful,  calling off all contact with Israel.

One of Israel’s most important strategic relationships is with Jordan. King Abdullah has a special role as protector of the holy site. Fortunately, a day later, arrangements were made to return the embassy mission to Israel. Hours later, the detectors and cameras were removed, too.

The Israel-Jordanian alliance is one of the key anchors of stability. It remains to be seen if their combined diplomatic skills can coalesce and continue to reduce tensions.